Posted in MusicWorld on October 10, 2001 by Martin Huxley 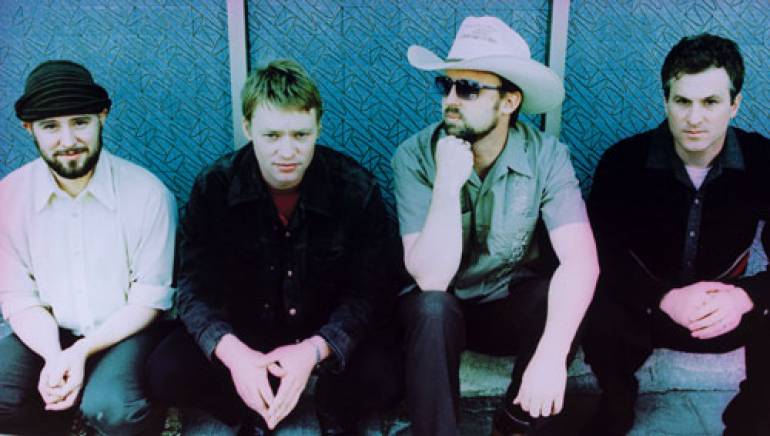 "It's really strange to turn on the radio and hear all these huge-sounding Viking rock songs, then you hear the dinky sound of Cake coming out of the speakers," Cake's frontman and main songwriter John McCrea recently mused to Sonicnet. "It was almost disturbing the first time I heard that, but at the same time, it was really cool."

"This time out, we weren't so concerned with having the utmost of good taste," trumpet player/keyboardist Vince DiFiore says of Comfort Eagle's more concise musical direction. "It freed us up."

"I'm not as sick of eighth-notes as I was five years ago," McCrea told the Sacramento Bee. "We're feeling free, so if it's necessary for the song to have eighth-notes on the guitar, that's okay. Rock guitar is a force that can be used for good or evil. It's not something that has to be thrown out completely."

The band - which also includes guitarist Xan McCurdy, bassist Gabriel Nelson and new drummer Pete McNeal - is currently scoring substantial MTV exposure, thanks to the much talked-about, McCrea-directed video for "Short Skirt/Long Jacket." The man-on-the-street clip records the responses of pedestrians to the song.

"I wanted to get across the idea that people are more interesting than celebrities or musicians," McCrea explained. "I also wanted to come to grips with the fact that a video is just an advertisement for a song. So the idea was to make it sort of like a BluBlocker [sunglasses] commercial."