Posted in MusicWorld on January 31, 2001 by Bruce Britt 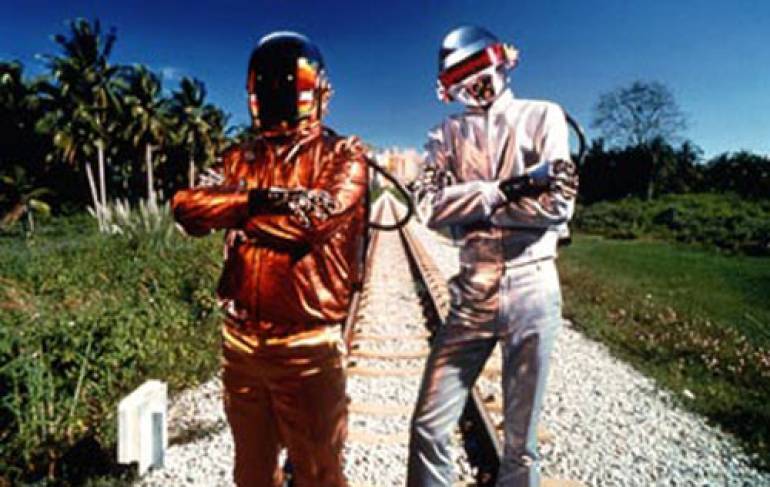 Though popularly considered an electronica act, Daft Punk's fluid dance rhythms and burbling analog synthesizers recall the groundbreaking disco recordings of '70s producer Giorgio Moroder. But dance music is a mere fraction of the Daft Punk equation. Renowned for their conceptual music videos, the clip for Daft Punk's popular single "Da Funk" relates the tale of a sad sack that reunites with an attractive school chum. Though the protagonist is dressed in an uproarious dog costume, the video is performed with a deadpan sincerity that recalls the classic films of Frank Capra.

With its subtly stated themes of alienation and despair, the "Da Funk" video affirms Daft Punk's status as multimedia masters. Their current single, "One More Time," recently landed the number one spot on Billboard's Hot Dance/Club Play Chart and debuted at number one in France - the first time a single has premiered at the top of the French chart since Elton John's 1997 tribute to Princess Diana, "Candle in the Wind."

Comprising composer/DJs Thomas Bangalter and Guy Manuel De Homem Christo, Daft Punk was formed from the ashes of a Parisian band called Darlin'. In 1994, Bangalter and De Homem Christo teamed to record "New Wave," their auspicious first single as Daft Punk. It's been nothing but international renown and critical hosannas ever since.