Posted in MusicWorld on November 30, 2000 by Charlene Blevins 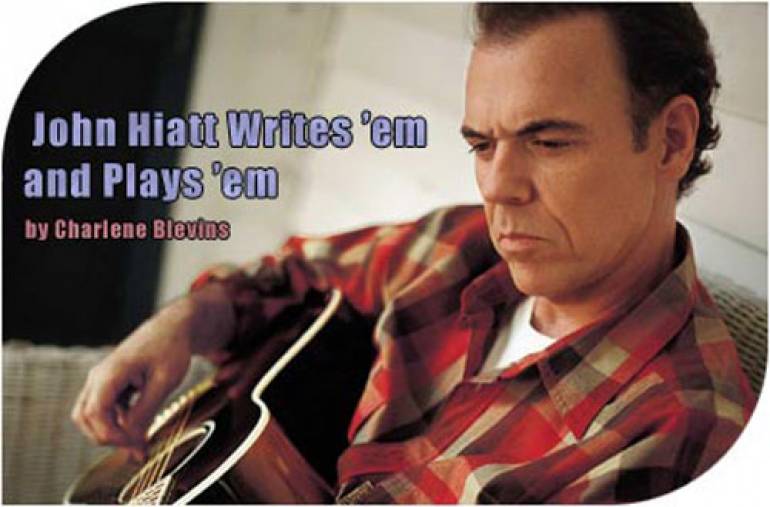 Few artists are able to forge a critically acclaimed career of 25 years. But John Hiatt has, and perhaps it's because he's lived his life forever in motion, somewhat off-the-cuff, and always following his heart.

In 1987, the relatively unknown music veteran - he'd already recorded seven major label albums for Epic, MCA and Geffen - pulled three friends into a Los Angeles recording studio and in four days, recorded for his new label, A&M, what would launch him into the limelight. Those three friends were Ry Cooder, Jim Keltner and Nick Lowe, and the album was Bring The Family, his paean to domestic happiness. Critical acclaim and a hopped-up career ensued.

The next year, Hiatt followed up with the equally fine and well-received Slow Turning, and that album cemented his status as one of the essential singer/songwriters of the latter part of the 20th century. Not only did he finally get his due as an artist, but also the brilliant songwriting therein won him the respect of his peers. Revered artists, including Bob Dylan, Willie Nelson, B.B. King, Bonnie Raitt and Eric Clapton, have recorded his material. He's won six BMI awards, a Songwriter of the Year nod from the Nashville Music Awards and two Grammy nominations.

In early 2000, Hiatt set to work on an acoustic album at the suggestion of his manager. "This album became a strong reconnection with my early musical life, when I loved the folk blues," he says. "This is definitely a back-porch album. That's where we kept picturing ourselves when we were making it." Crossing Muddy Waters, his 16th album, is already gaining some of the best notices of his career.

Hiatt also broke new ground this time out by retaining ownership of the album and leasing it to both emusic.com for Internet downloading and Vanguard Records for traditional release. "Doing it this way made a lot of sense to me," he says. "There are so many more opportunities to be opened up." Another recent opportunity Hiatt seized was hosting the popular late-night television music show Sessions at West 54th.

Always on the move, Hiatt says he'll be writing and performing at least a dozen years from now. "There's no replacement for that hour and a half during which I'm allowed to get up there and get outside of myself. I write 'em and I play 'em. If I didn't do both, I'd shrivel up and die."