Posted in MusicWorld on September 30, 2000 by Bruce Britt 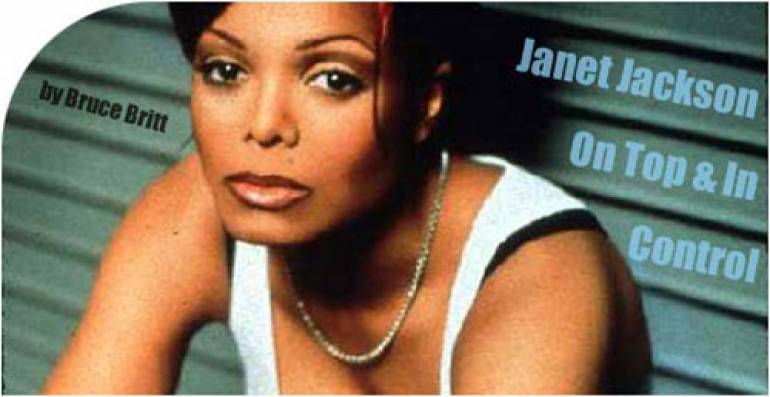 According to pop music convention, Janet Jackson should be starting her descent from superstardom. After all, the singer has been tanning in the global spotlight for over 20 years, and a new breed of divas has emerged to challenge her dance-floor reign.

But music lovers continue to be mesmerized by the talented "Miss Janet." In an impressive demonstration of her enduring appeal, Janet recently staged a chart-topping coup with her latest single, "Really Doesn't Matter." Culled from the hit movie The Nutty Professor 2, the song has become Janet's ninth number one single. Moreover, the singer received thumbs-up reviews for her supporting role in the Eddie Murphy comedy. Far from demurring into obscurity, Janet's reign has apparently been extended indefinitely.

And if her latest single is any indication, Janet's forthcoming new album will be sunnier than her ambitious and complex 1997 disc, The Velvet Rope. During a recent interview with MTV, producer Jimmy Jam intimated that Janet has completed several tracks for her new disc, one of which includes a guest performer by rapper Jay-Z.

Few could have predicted Janet's rise to pop stardom. Pundits assumed she would follow in the musical footsteps of her brothers, The Jacksons. But in a surprising move, young Janet made her public debut as an actress, winning favorable reviews for her recurring role in the TV sitcom Good Times.

But Janet made an auspicious musical detour in the '80s. Her first two albums, Janet Jackson and Dream Street, chronicled a singer in search of a musical identity. On her 1986 breakthrough album, Control, Janet emerged as an ultra-modern dance diva with attitude. Hit singles like "What Have You Done For Me Lately," "Nasty" and "Let's Wait Awhile" showcased a girlish woman exploring sexual politics on her own terms. Co-composed by Janet and the production team of Jimmy Jam and Terry Lewis, these unrelentingly positive songs provided a template for Janet's future endeavors.

Janet has successfully cultivated a video-friendly image. To date, she has won six MTV Video Music Awards, including the prestigious Video Vanguard Award for innovation. And while music has superseded her acting career, Jackson remains an actress. Aside from her recent turn in The Nutty Professor 2, Janet won a pair of MTV Movie Awards for her performance in the 1993 feature film, Poetic Justice.

Janet's positivism was borne from necessity. Raised in the shadow of her legendary brothers, she was all but forced to distinguish herself from the pack. Her official triumph came in 1994 when she teamed with her brother Michael to record the hit single "Scream." The video featured Janet dancing alongside her mega-star sibling with dervish-like intensity. By going toe-to-toe with big brother, Janet established herself as a star in her own right while affirming her unique place in the Jackson family legacy.

Now, with a new album in the works and a featured track on the forthcoming Joni Mitchell tribute CD, Janet is poised for an auspicious 2001. Fourteen years after her aptly titled breakthrough recording, Janet Jackson remains firmly in control.