Posted in MusicWorld on August 31, 2000 by Hanna Bolte 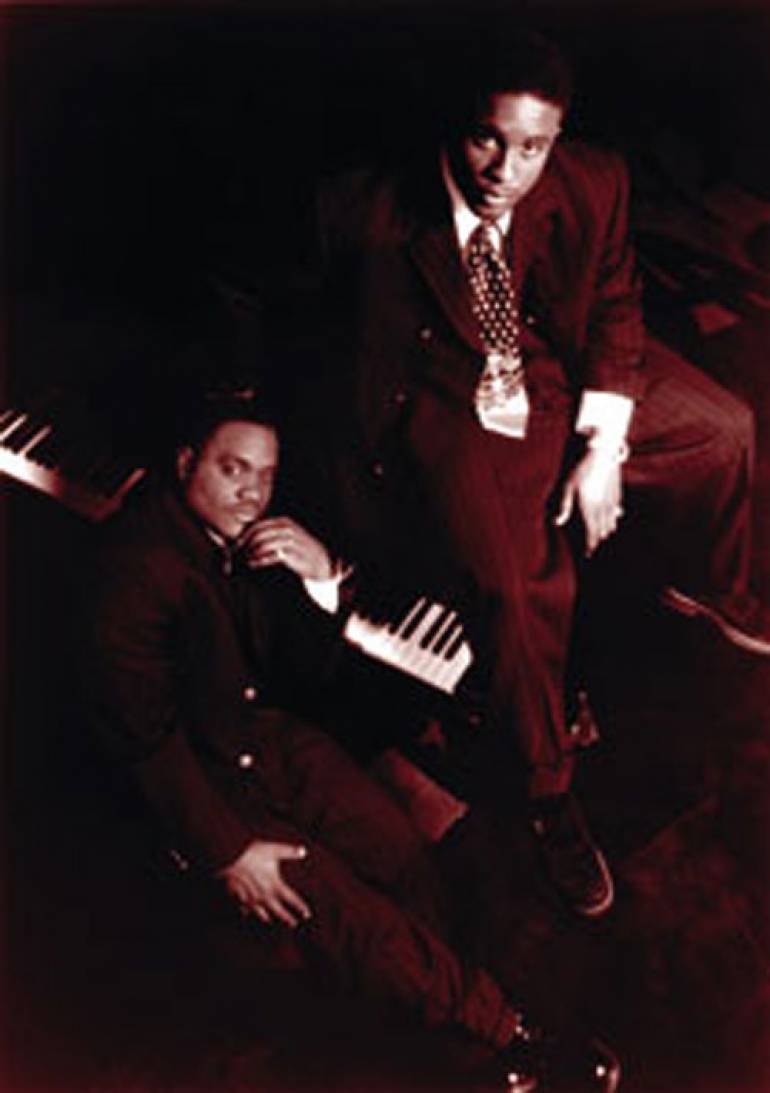 Tim Kelley and Bob Robinson, aka. the Funktwons, are changing the face of urban music. Bringing a wide variety of musical influences and sounds to the genre, this talented songwriting/production duo is forging new ground.

"To me, Jimmy Jam and Terry Lewis really started popular music the way it is now," says Tim. "They brought a different flare and style to r&b that made young producers think, 'I can write and I can produce, too.' They made us aspire to be them. Their music was young and contemporary and they wrote it, produced and played all the instruments."

Using r&b, pop, techno, gospel and other styles of music, the duo is setting trends and, in their words, doing their best to create original, creative music. And it's working. Their credits include a who's who of the urban world: Sisqo's summer smash "Thong Song," Jon B's "They Don't Know," Tamia's "So Into You," as well as songs for Boyz II Men, TLC, Monica, Deborah Cox, Joe and many more. Collectively, Tim & Bob's work has resulted in more than 37 million albums sold, and with upcoming projects including Case, Tyrese, Me'shell N'degeocello, Ginuwine, Shante Moore and Dru Hill, that number will surely increase.

"We both write and play eight different instruments and we also arrange," Tim says. "We write everything we do - we don't do much co-writing. When you come to us you want a whole song and a finished production piece. We really tailor it to the artist. We talk about how the song should feel and what the artist is like; we do our homework."

Hailing from Peoria, IL, Tim grew up on r&b via his father's band and was heavily influenced by pop radio, while Bob's deep roots in the church brought a wealth of gospel music to the duo. They got their start in a recording studio in Detroit and from there, moved to Atlanta where they eventually went to work for producer Dallas Austin.

The duo has just signed a publishing deal with DreamWorks and started a record label, Pure Entertainment, with co-owner Nate Smith. So far, they have signed production deals with five labels, and their first Pure Entertainment/Priority Records release is Athena Cage's single, "Let Me Know."