Posted in MusicWorld on August 31, 2000 by Jeff Daniels 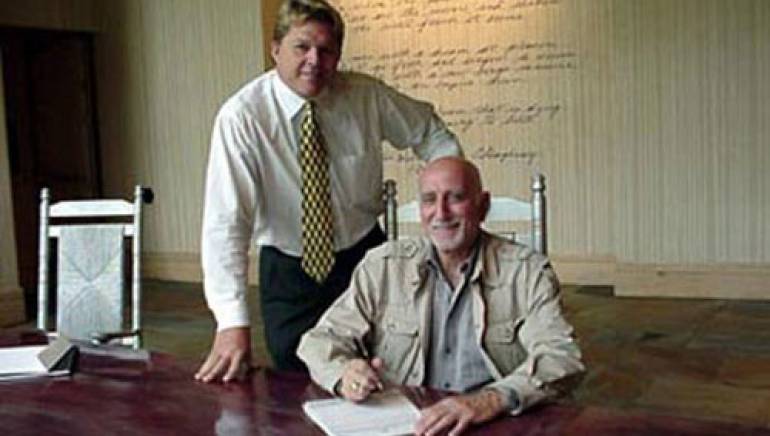 Move over Steven Van Zandt, there is another member of the award winning Soprano family making music. Dominic Chianese, whose portrayal of Uncle Junior, the titular boss of the New Jersey mob, is his most recognizable role in a diverse career that's spanned five decades. Always blessed with a love for music, he's been singing professionally since appearing in Gilbert and Sullivan's "The Mikado" in the early 1950s.

"It all started with me being a kid in New York and it really started with Gilbert and Sullivan. I wanted to sing and I knew I could break the mold in my family. My dad was in construction and the family were all bricklayers and stonemasons," reflects Chianese. "I saw Frank Sinatra at New York's Paramount Theater in 1947. He hit me right where the heart is. His first number was Harold Arlen's 'I've Got The World on a String' and I perform that song today in my cabaret act." Chianese, in a break from The Sopranos shooting schedule, sang the Arlen classic during two sold out shows last December at Judy's Chelsea, a Manhattan nightclub.

Chianese's musical career recently took another significant step when the actor signed with BMI's Nashville office, where he took advantage of the city's rich music tradition to work on song demos he's written for film and television.

Chianese is best known for his roles as an Italian-American. In addition to The Sopranos, The Godfather Part II and Gotti, he has appeared in Dog Day Afternoon and such television dramas as Kojak and Law & Order. Though his reputation has largely been built upon his portrayal of mobsters, his roots are firmly planted in musical theater. His musical credits include The Fantastiks and A Funny Thing Happened on the Way to the Forum.

Like many actors, Chianese had to make ends meet during the early days. He often sang and played guitar in nursing homes. "It's a thrill because I love the elderly," he says. Today, when not dealing with his nephew Tony and trying to retain an element of control over the Soprano family, Dominic Chianese returns to his first love, singing and writing music.