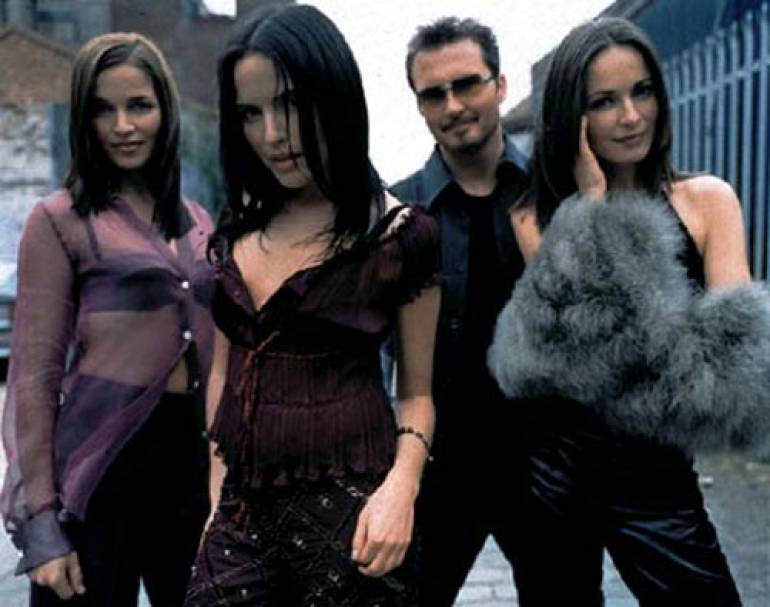 Throughout much of the world, The Corrs, an Irish family quartet, are superstars. But in America, until now, they're still a rising act. That should soon change with the release of their new 423/Lava/Atlantic album, In Blue.

"We've put our hearts and souls into this album, and I hope the record speaks for itself," says Jim Corr, the group's 35-year-old keyboard player and big brother to fellow band members Sharon (29), Caroline (25) and Andrea (24). Since In Blue has already debuted at number one on the charts in the family's native Ireland, as well as the U.K., Germany, Spain, Austria, Switzerland and Australia, the album obviously speaks well for the Corrs, who boast international sales of some 15 million albums on three previous albums.

The group's U.S. gold album for their last release here, Talk On Corners, is only a hint of what's to come with In Blue. The siblings wrote all 15 tracks, three of them in collaboration with master producer Robert John "Mutt" Lange, known for his chart-topping work with Def Leppard and Shania Twain. Also enlisting producers like Mitchell Froom (Sheryl Crow, Paul McCartney) for the album, the Corrs have created a hook-laden set of songs that showcase their luscious familial harmonies and natural appeal.

For all their talent and the glamour appeal of the three beautiful sisters, the Corrs have broken through thanks to hard work. "We've sold every album ourselves, practically door to door," explains Sharon. The offspring of a mother and father who entertained Irish pub crowds with cover songs every weekend, The Corrs came together when Jim formed the group with his sisters to audition for the movie The Commitments, in which three of them won minor parts and Andrea played a starring role. The Corrs carried on from there with their own campaign for success, earning fans in gig after gig in Ireland, the United Kingdom and then much of the rest of the world, taking their show as far afield as Australia and the Far East.

By now The Corrs have performed for such luminaries as England's Queen Elizabeth II and The Pope, and opened concerts in the U.S. and Europe for the Rolling Stones. Large-scale Stateside success with In Blue may be just the beginning for The Corrs.

"Everybody is asking whether this is the definitive Corrs album," says Sharon. "Well, it is for now. But just wait until you hear the next one."