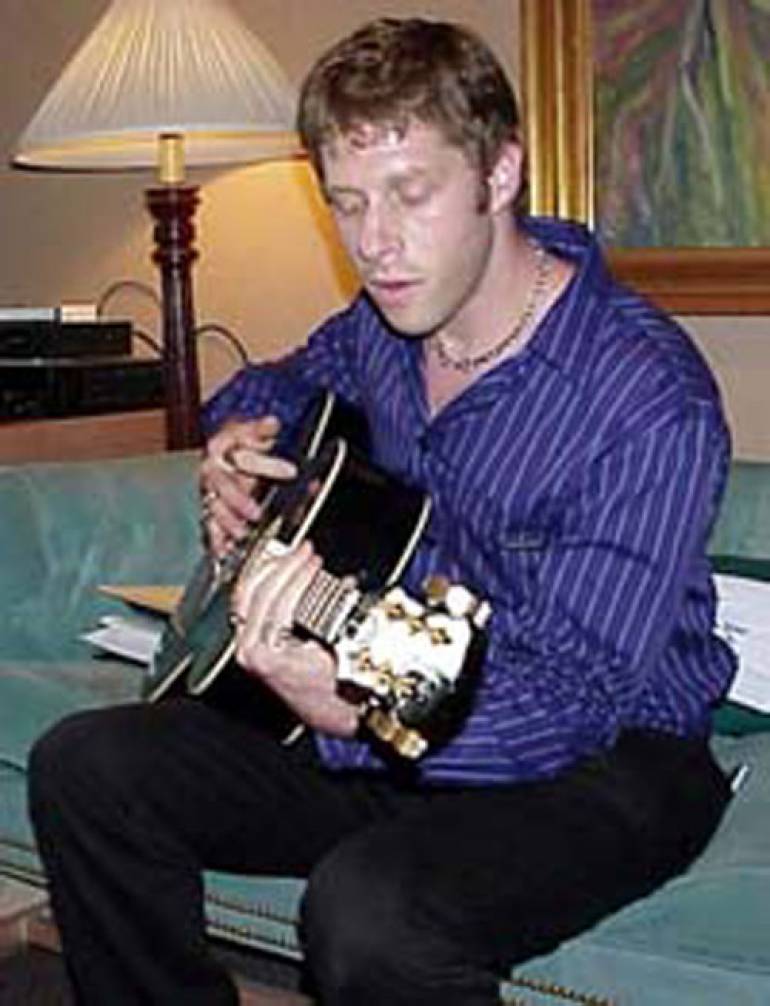 Itaal Shur is hot. His song “Smooth,” recorded by Santana for the seven-million-selling comeback album Supernatural, rules the airwaves. Co-written (and sung) by Rob Thomas of Matchbox 20, “Smooth” earned the songwriter his first Grammy for Song of the Year.

Shur’s father, a noted composer of Israeli music originally from Russia, settled in the US. Itaal was raised mostly in Seattle and Connecticut and in 1989 he moved to Manhattan. “When I got to New York, I did whatever I could to survive. I worked jobs - I was a waiter - I was playing with this band from Morocco; I was more into the whole Knitting Factory category, an underground, avant-jazz, weird thing.”

Shur and a circle of like-minded artists devised a new synthesis of music with the Giant Step nightclub as its geographic center. “I gravitated to that acid jazz thing, which was beautiful. We built a movement that laid the groundwork for nouveau soul: Erykah Badu, D’Angelo and Maxwell.”

As a founding member of the band Groove Collective, Shur recorded two albums and in 1996, penned “Ascension” with Maxwell for the artist’s hit debut. “After I did Maxwell, I submerged and worked in my studio, doing my own thing with my own band,” says Shur. “I was deep into songwriting and producing. I needed to do that because I wasn’t finding who I was.”

Now with a full slate of projects, Shur’s identity seems vividly defined as he launches his creative future. “I’m going to be writing and producing whole records with artists signed to my company. I want to develop images with my brothers, total broadcast and computer animation, and doing artist development, which is really lacking right now.”

Shur’s 1998 album Music From the Aural Exciter, was released under the name Big Muff (in reference to the Electroharmonix distortion pedal). A melange of funk, techno and hip-hop fusion, it charted in the UK with a version of Rodgers and Hart’s “My Funny Valentine.” Recently Shur has shown his performing side with his band Itaalotron that he is developing as a record project.

Itaal was in Brazil when he heard through his manager Suzanne Hilleary that Santana was looking for material. “I brought in a whole song with a different lyric and hook. Pete Ganbarg (Arista Records) said ‘I love the track but the song’s a little too sexual,’ and he hooked me up with Rob Thomas who actually lived four blocks away from me in Soho. Rob heard the track and came up with the verse but he didn’t have a chorus.

“In the meantime, I came up with ‘Give me the ocean/Give me the moon’ which eventually after six rewrites with Rob turned into ‘Just like the ocean/Under the moon.’ We got along famously and we just worked really easily. The first line went through a number of rewrites - all prepositional changes. We didn’t know who was going to sing it; they thought maybe George Michael, but Rob ended up recording it.”

With the undeniable success of “Smooth,” Shur’s pride is evident. “I’m glad my hits have both been in a very musical vein,” he says, “not in a corny, silly way. Both ‘Smooth’ and ‘Ascension’ are live-oriented, groovy songs. The whole thing about ‘Smooth’ - I love it. There was no formula: it happened. It was like God - I had no control over it.”

Special thanks to Music Connection for permission to use this article.