Posted in MusicWorld on December 31, 1999 by Hanna Bolte 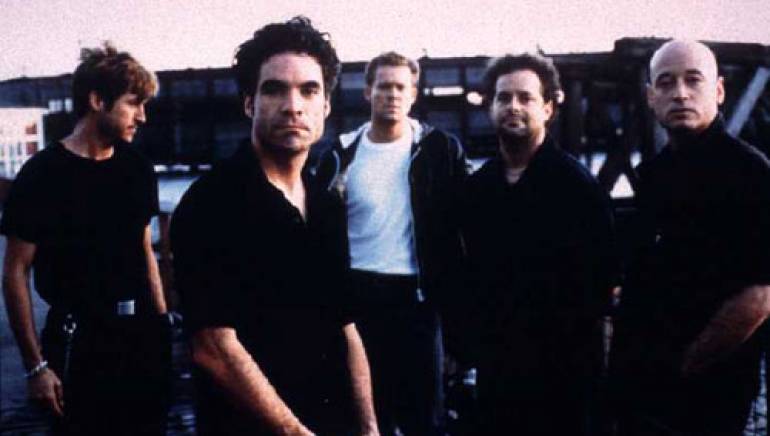 San Francisco’s Train was formed in 1994 with the collective belief that if you write and perform great songs, people will listen. Having gone from playing local venues in Northern California to opening for such bands as the Counting Crows, Blues Traveler, Better Than Ezra and the Dave Matthews Band, and recently selling out The Fillmore in San Francisco, the group has quickly become a rising presence on the rock scene.

Their self-titled Aware/Columbia Records debut album was produced by the band and Curtis Mathewson, and mixed by Counting Crows guitarist David Bryson, with the exception of “If You Leave,” which was produced and mixed by Matt Wallace. Train showcases the group’s honest, strong and straightforward approach to songwriting and excellent musicianship. With the whole group involving themselves in the songwriting process, the result is an album that ranges from the eccentric and flirtatious “Meet Virginia” to the serious and reflective “Blind.”

Train has developed into one of the Bay Area’s strongest live acts, and through touring incessantly across the U.S. are continuing to fulfill the prophetic quote of J. Poet of the San Francisco Chronicle, who says, “This Train is bound for glory.” Their first single, “Free,” received substantial airplay and was used on Fox Television’s “Party Of Five.” Their second single, “Meet Virginia,” has already cracked the top 10 Pop and Rock charts and continues to move up.