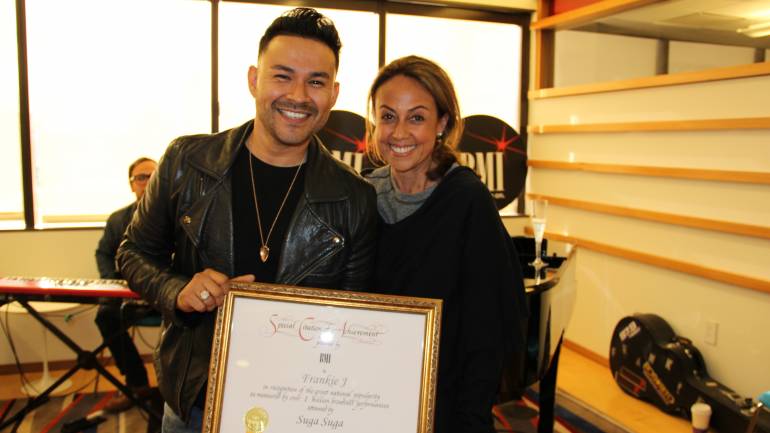 Singer/songwriter Frankie J stopped by the BMI Los Angeles offices on Thursday, March 10, for a special live performance to commemorate a milestone in his career. BMI’s Vice President of Latin Writer/Publisher Relations Delia Orjuela presented Frankie J with the Special Certificate of Achievement in recognition of his enduring national popularity as measured by over 1 million broadcast performances attained by “Suga Suga.” The 2003 single charted in the top 10 on the Billboard Hot 100 and was featured on his third album The One, which was certified platinum by the RIAA.

For the occasion, Frankie J performed an array of his hits for the BMI Los Angeles staff, including “Don’t Wanna Try,” “No Te Quiero Ver Con El,” “Obsession,” “More Than Words” and, of course, “Suga Suga.”