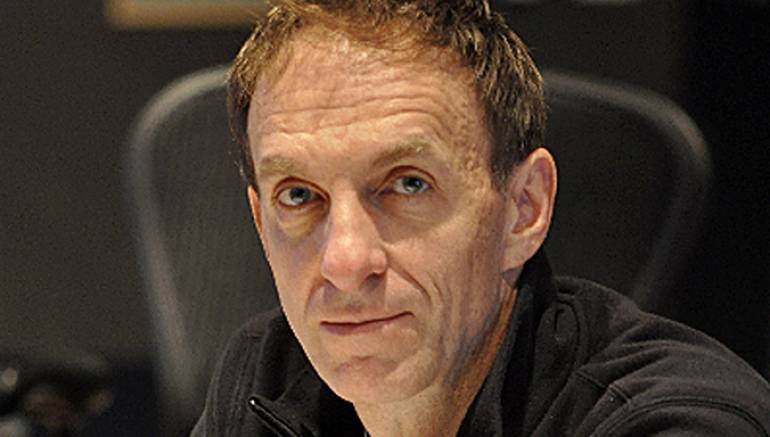 Mychael Danna could rest for a bit, if he wished. He’s got the laurels, though judging by the Toronto composer’s output he hardly seems to be counting them. The forthcoming Life of Pi, which pairs Danna once more with director Ang Lee, will mark the latest entry not only to a prolific career spanning 25 years, but a polyglot corpus that’s never lost its steady, omnivorous appetite for combining musical traditions and cultures.

1. With this movie, were you forming music to scenes or composing to emotions or concepts? Had you already read the book?

I did read the book when it came out, and I loved it, but I do clearly remember finishing the book and thinking, “Well, there’s one that will never be made into a film.” Probably the first thing I thought when I finished the book Moneyball, which I ended up scoring [laughs]. Seems to be my destiny: to write music for un-filmable books.

2. This also isn’t the first time you’ve worked with director Ang Lee. How would you compare his collaborative approach with other directors?

I consider the score as much his as mine; there’s not a moment of the score he doesn’t know virtually as well as I do. Ang would surprise me sometimes. He would remember different takes of the orchestra and be able to analyze very well what we needed, or were looking for. It was like having another very sensitive composer working with me. The results we got are better because of our collaboration.

It was an extraordinary effort, this movie. And the credits are very revealing: you’ve got hundreds of Taiwanese names, hundreds of Indian names, Canadian, and American. So much humanity went into this film [laughs] in a truly international way—it’s a beautiful thing.

3. That pluralism feels apt considering the music, too. For the scenes in the French colonial town of Pondicherry, India, did you look to Indo-French sources for inspiration or was it about trusting your own compositional intuition?

It is important that this score, like Pi himself, is very comfortable with seamlessly moving across cultural lines. We begin in a place where French and Indian elements are playfully combined, and as the film progresses, we add more scope to the multicultural aspect. Because I have a lot of experience working with Indian music, I’ve recorded in India; I’m very familiar with the culture, the musicians and the music itself, its natural enough that I have a starting place. Certainly the idea with act one, in India is this beautiful, earthly paradise: Pi is surrounded by his mother’s love and we start with the mother’s theme, her voice singing, and everything is sweet and rich and fun. We’ve got sitar and accordion, piano, celesta, very smooth transitions, hopefully, between the cultures so that you don’t even notice, so they coexist in a very natural way. That sets the scene for where we’re headed, which is a world and with a character who belongs everywhere and nowhere.

4. You mentioned reading Life of Pi and thinking it couldn’t be paralleled on the big screen. What were the challenges it posed to you as its composer?

Whenever you’re working on a film you need to immerse yourself in all kinds of influences and inspirations from outside the film—like the book, reading about Pondicherry, visiting there, soaking in as much as you can. But when it comes down to actually scoring the film, you have to only score what’s in front of you on the screen. You can’t score a film that’s in your head. And frankly everyone in the filmmaking process, including the director, is in that same position. The film becomes the director, takes on a life and character of its own; it demands what it wants and it will tell you what the right thing and the wrong thing is.

Believe me, Ang is as aware of this as anyone. We developed ideas of what we wanted to do musically early on, in the script and shooting phases, then once we had picture to start working with we found that those ideas did not work as we had imagined. The picture is the director! So you have to be flexible and quick to respond to the film, which also is changing the entire time you’re working on it. Everything is shifting all the time.

5. Was there a major shift in particular that stands out?

We found the film was about some big questions: God and religion, loss, identity: very big and universal human questions. The music needed to respect those concepts, but the way the music helped the film the most was when it was rather simple. I naturally tend to write complex textures: several lines at once, different instruments doing different melodies. But we found that this style of writing did not serve the picture. So even though we did use a vast array of instruments and voices from all over the world there’s a simplicity in line that we strove for.

Because there is so much to watch, the real role of the music in this film is to be an emotional guide, a compassionate guide. It should have empathy for Pi, the very wrenching experiences he goes through, and for the viewer as well having to watch this character we see grow up and now as a young man going through this tragedy and painful growth. We didn’t set out thinking that’s what the score’s role would be, but through a rather long process of working with the picture, this is what we learned was the right answer.

6. Apart from that guiding role, and considering how some soundtracks incorporate sounds and styles from the East, was there anything you felt you were trying to avoid as far as the instrumentation?

We realized, as soon as you get too literal —Pi goes through in his early days an exposure to and being very involved with three or four religions—the music had to take on elements of those things. But it was wrong to get too religiously literal musically– it would give the wrong impressions of the role of religions in his life.

We found that the answer was to blur lines: we would have an English church choir, with boy sopranos, singing Sanskrit words; we’d have a Tibetan choir singing in Latin. And I think that’s part of the point, that religions are one thing and God, capital G, is another—that God we meet on the ocean, away from human-made religions. We tried to spill one culture, one religion into another to make clear that these are all elements within Pi.

7. It’s easy to see where your penchant for non-western idioms makes you a dead ringer to score Pi. Was there a specific composer or influence that cultivated that interest?

People do ask me, “What are your three favorite film composers, or the ones that influenced you?” I never really have an answer to that, because growing up I wasn’t the slightest bit interested in film. I was only interested in music. I had no interest in conventional film music; it just left zero impression. What did really knock me for a loop was—and I grew up in a kind of culturally homogenous place—when I was about the age of Pi there was a great deal of immigration into Canada, and into Toronto, from all over the world, from South Asia, East Asia, Africa, everywhere. There was this explosion of multiculturalism within ten years, and when I went to university to study music the same revolution was happening there. You’d walk into the music building and there’d be an African drum group from Ghana, then you’d study ragas, and then you’d study 16th Century counterpoint. That pretty much sums me up right there. I was attracted to all of it and in ways of combining all of it, and wanted to educate myself in as much of it as I could.

8. What’s your advice to fledgling composers or even musicians who aren’t really considering composing for film, similar to you?

In a way it’s hard for me to give advice, and then I guess it’s easy for me to give advice for the same reason, which is that I never had a plan. I just followed I was excited by, and I fell into film music completely by accident just because of the people I ended up meeting. Because of the kind of multicultural music work I was doing I ended up writing for theatre and thereby meeting people in film. It really was just completely by accident. So I never know what to say to people to advise them except to say that’s what worked for me: I just followed what I was passionate about.

9. Do you have a favorite place to see a show?

I kind of catch live music wherever I happen to be at the moment and whomever I know is playing where that is. The last show I went to was here in Toronto at the Sringeri Vidya Bharati Foundation. It was Pandit Jasraj, the master Indian vocalist. It was an incredible show and he ended up working on the film as well.