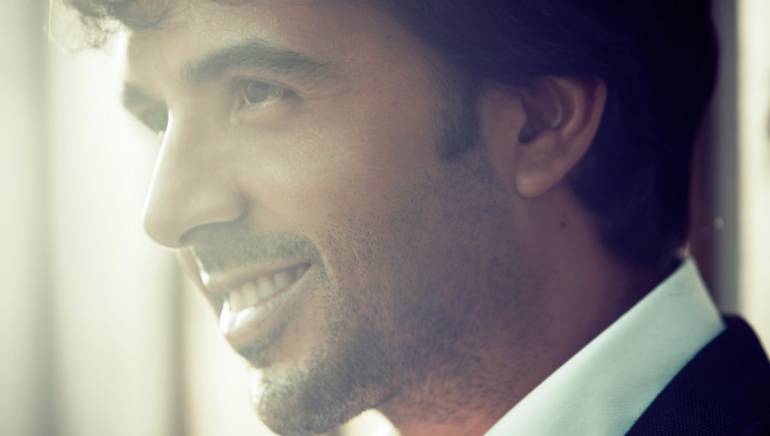 Global pop star Luis Fonsi is back with a new album and upcoming tour, featuring a fresh, new musical direction that has the BMI Latin singer-songwriter excited. Fonsi is beginning a new chapter in his career, introducing the first project he’s ever recorded outside of the United States.

“The final product gives us something fresh, but it’s still in my style,” says the popular crooner. “The production is more organic and vintage, and that’s what I was looking for.” It’s been three years since the Miami-based entertainer has released a new album. His latest record incorporates a new rhythmic and romantic sound and offers music that speaks to his life at this moment.

As Fonsi prepares for the release of the album, titled 8, and his tour, he took time out to talk to BMI about taking risks, his evolution and inspiration as a musician and why classical music has been a major arc in his journey.

Your new album is called 8. What is the significance of that title and can you talk about the inspiration behind this new project?

It’s 8 for many reasons. The first reason is obvious. This is my eighth studio album. At the end of the day there are many chapters and stories [to tell]. Each song is a different moment and a different inspiration. The songs on the new album are very personal. One song is dedicated to my daughter. These songs are from real moments that I’ve lived in life. The album has different rhythms, very romantic ballads and very rhythmic songs. I like that diversity in melody and the writing.

You took a different direction on this album by heading to London for this project. What was that journey like?

Initially the reason to go to London was because of [Swedish producer] Martin Terefe [who lives in England]. He’s worked in London for a long time, and for me, it was important to come out of my comfort zone. I like Martin’s way of producing and the way he records. I traveled to London to get to know him and his team. It turned into two times and I finished the album there completely.

It’s important that there is chemistry between an artist and producer. I’m very hands-on. I’ve never been an artist that sings and leaves the studio. I leave when we turn off the lights—it’s very important to give the music that personal touch. Who better to take care of the music and edit than the artist. The truth is that from the first day I felt that I knew Martin and his team for years. It didn’t matter the language we spoke because we were communicating through music.

What was the writing process like for you on this album?

There is no routine that I have when it comes to writing. I think that when inspiration comes, you have to take advantage of it and know how to proceed. I always start with the melody. It’s rare that I start with the writing. I get my guitar and I begin to create a melody and that takes me to the writing.

What do you hope to convey emotionally with your new music?

It depends on the song. It’s about being honest. The most important thing for me is that people connect and identify with the music. I want people to listen and hopefully they connect in a real way with what’s going on in their lives. It can be a happy emotion or a sad one. Feeling a song is the most important thing.

How does this music compare to your previous album?

You can’t make the same album twice. Each album is a reflection of the present. My present today is very different than three years ago when I made that album. The change of sound, team, production—it’s a more organic, more mature album. It’s a very honest album.

What was your collaboration like with Juan Luis Guerra?

The song is called “Llegaste Tu.” I wrote it with Claudia Brant. I played it to Juan Luis Guerra and he liked it. It was beautiful to be able to collaborate with one of the most important artists in Latin music. It’s one of those collaborations that left an impression—he’s influenced me since I was a child.

Why did you decide to release “Corazón en la maleta” as your first single?

The song breaks with melancholy. It’s a song that’s very rhythmic, but does it in a way that’s very tranquil…It’s a very positive song about a relationship that’s ending. You take something that’s sad, but turn it into something positive.

How did studying classical music help you?

My bachelor’s degree was in vocal performance at Florida State University. In that moment, I wanted to grow as a musician. I have great respect for this genre and the training. I studied it, and, part of that curriculum, you have to study theory, guitar, piano, everything. It’s an immense training. I apply it everyday especially when on tour.

What advice would you give to aspiring songwriters?

Find your own path. Find inspiration in other stars, but make your own path and don’t follow anyone. Don’t be afraid to be different and be unique. Do something that someone has not done. Take the risk and enjoy it.

I like their way of thinking. I like the team. They have great composers and I love being part of the BMI family.