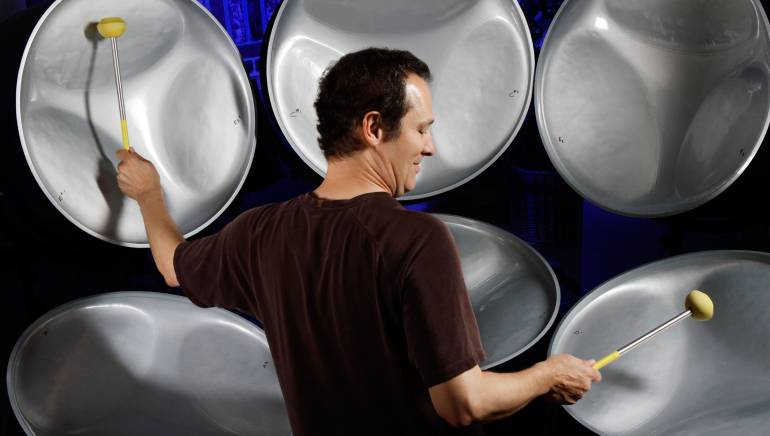 Cliff Martinez is humble beyond belief. When asked what it meant to him to be honored with the Richard Kirk Award at the 2013 BMI Film & TV Awards, he said, jokingly, “I think it means that they’re starting to run out of people to give it to…but I’m flattered and more than happy to accept.” Truthfully, Martinez knows it’s not just anyone who gets to pose with legends such as John Williams and Lalo Schifrin for a group shot of Richard Kirk Award recipients through the years, as he did on May 15 during the BMI Film & TV Awards at the Beverly Wilshire Hotel in Beverly Hills, California. But as much as Martinez belongs in that prestigious crop of award-winning BMI composers, he stands apart in that he’s the only Richard Kirk Award recipient who is also in the Rock and Roll Hall of Fame, having been inducted in 2012 with the Red Hot Chili Peppers. After playing drums on RHCP’s first two albums, the Bronx-born, Ohio-raised musician went on to play in other seminal bands throughout the ’80s, including Captain Beefheart and The Magic Band, the Weirdos and the Dickies. Even as he transitioned from rock and roll into the world of film scoring, Martinez’s love for percussion has remained and can be heard on the scores he’s crafted for such films as The Lincoln Lawyer, Narc, Wicker Park, Wonderland and Drive, for which he received a Broadcast Film Critics Award nomination.

Fierce originality and bold artistry are the key elements of any Martinez musical composition, so it’s no wonder he immediately bonded with Steven Soderbergh while scoring Sex, Lies, and Videotape - the visionary director’s feature film debut in 1989. It’s no coincidence that Martinez’s first score was for a film that revolutionized independent cinema; he’s always marched to the beat of his own drum. He and Soderbergh have now collaborated on a total of ten films, including Kafka, The Limey, Traffic, Solaris and Contagion.

BMI spoke to Martinez shortly before he boarded a plane to the 2013 Cannes Film Festival for the premiere of Only God Forgives, the second film he scored for director Nicolas Winding Refn (the first being Drive in 2011). The movie, set in the Bangkok underworld and starring Ryan Gosling, is out July 19 in theaters nationwide.

1. What are the most rewarding and challenging parts about composing for film?

I like the sound of hearing myself doing something I’ve never done before. It’s impossible to reinvent yourself and shed your skin 100 percent with each project, but if I can grow and expand my musical horizons just a little with each film, that is what excites me the most. The most challenging part is coming up with the first good idea. Some people call it the blank page; I call it ground zero. You only need a handful of good ideas/themes/instrument combinations to score a film with, and I typically fumble my way through several bad ideas before a good one presents itself.

2. What is the work you are proudest of and why?

Solaris. It is one of the few soundtracks of mine that I can still stand to listen to. I also think it was a score that made the greatest contribution to the film for which it was written.

3. What lesson did you learn on your first film that you still apply to this day?

Less is more. I learned the proper hierarchy in which an audience perceives the various elements of a film. First there is the image, then the dialogue, then somewhere down the list, music appears. It is a very different function than what I had been accustomed to, having come from the world of rock and roll.

4. What is your fondest memory of being a member of the Red Hot Chili Peppers?

Working with George Clinton and members of Funkadelic at United Sound in Detroit. It was the studio where a lot of Motown hits came from, and Aretha Franklin was working in another studio down the hall. George was our producer and all of us loved working with him; we learned a lot about making records and “the Funk.”

5. Where do you keep your Rock and Roll Hall of Fame trophy?

Right on top of the television.

6. What are your three can’t-live-without instruments?

The Baschet crystal, my baritone steel drums and I probably wouldn’t get too far without my keyboard. 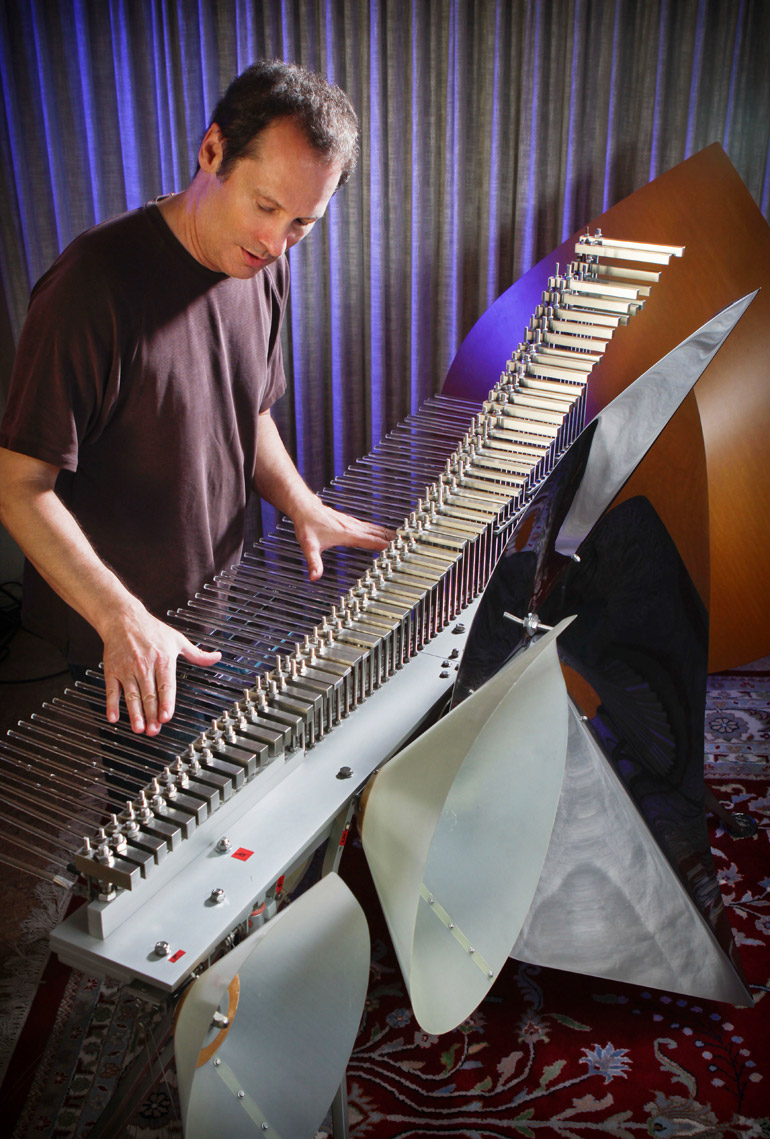 7. Who has been your greatest mentor and what did he/she teach you?

Captain Beefheart. He always told me “Cliff, if you want to be a different fish, you gotta get out of the school.” I learned many things from him and most of them had to do with cultivating my uncommercial qualities. But I think one of the more practical things he taught me was that you ultimately become more competitive when you have your own musical personality. There are millions of jazz artists. There are billions of country and rock artists. But there is only one purveyor of Captain Beefheart music. When I met him, I said to myself, “Gimme some of THAT. I’ll have whatever he’s having.”

8. What is your biggest dream and how close are you to making it a reality?

My biggest dream is to reverse the aging process. Ideally, I would like to park the time machine circa age 40. That’s when I hit my peak. I got my first checking account, my first credit card and bought my first house. I was healthy, had more hair and I really figured out who I was and what I wanted to do. So far, I’m not getting too close to making it happen.

9. Within the realm of work you do, who is your ultimate idol? Have you met him/her yet?

Sade. I admire the simplicity, the timelessness of the music, and, of course, her voice. And no, we’ve never met or collaborated.

Commercials and video games seem to be in my immediate future. I’m also thinking about performing live and maybe even writing a cello concerto. Then again, what I say I’m going to do and what I actually do are two different things.