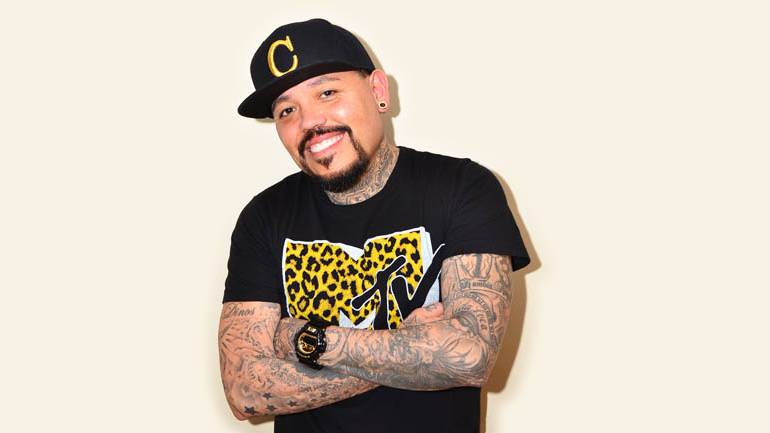 Early on, A.B. Quintanilla figured out what he wanted to do with his life. It wasn’t to be in the spotlight, but to help one special woman under it shine – his sister. His focus was on writing and producing music for his sibling Selena, the Latin pop sensation.

Penning classic pop ballads such as “Amor Prohibido,” he helped her create some of Latin music’s most iconic hits. “Go into any bar and you’ll always find Selena in a jukebox,” Quintanilla says. “You find Selena and you’ll find Johnny Cash—every time. That’s awesome that we can say that about Selena.”

It’s been 20 years since the queen of Tejano music, known for crossover appeal, a string of hits and shattering expectations with sold-out out concerts, died tragically at the hands of the former president of her fan club.

“I wrote a country song,” Quintanilla says. “The song is titled ‘She’s Gone, but Not Gone.’ She’s here; she’s everywhere. Even when I’m in L.A. and walk into a posh hotel, I hear her on the intercom. I get into an elevator and I hear her singing. Selena is everywhere and I’m proud of that.”

Even as Quintanilla has maintained a low profile since his sister’s death, he has continued to make music for himself, as part of the Kumbia King All-Starz, and for other acts, such as Latin pop diva Thalia and crooner Cristian Castro. “I wasn’t planning to come back,” Quintanilla says, conceding that Selena’s devastating death nearly pushed him to retire from music. “Then I bumped into these two ladies at a restaurant in Corpus Christi. They told me to keep fighting and to continue the family dream. What those ladies told me that day resonated.”

These days, Quintanilla is feeling the creative edge as a songwriter and producer. Later this year he hopes to release a new concept album, which he promises will be unlike anything else that’s ever been done. “I hope this album inspires others to think out of the box,” Quintanilla says. “I feel very good about this one.”

As fans remember Selena, there will be a special gathering in Corpus Christi to honor the GRAMMY-winning musical icon during the annual Fiesta de la Flor celebration this year on April 17 and 18. Los Lobos and A.B. Quintanilla & Los Kumbia Kings All-Starz, among others, are scheduled to perform. “I believe Corpus Christi will be having more people this year at this event,” says Quintanilla. “It looks like most hotels are sold out. People want to honor Selena.”

Twenty years after his sibling’s death, Quintanilla reflects on music, his sister’s legacy and the future.

1. You are a multitalented producer, songwriter, musician—how has your style evolved as a songwriter through the years, especially after having co-penned songs such as “Como La Flor” and “Amor Prohibido”?
As a producer and a writer you have to know how to gauge the market. Writing for the Latino community is one of the hardest things that a producer/songwriter can do. If you’re a rapper or do (general market) English music you cover the U.S., but Latin music covers so many countries around the world. Having the opportunity to tour in these countries and understand the different cultures has been a major influence. I like to make concept albums. The album has to take the listener somewhere. It has to take the audience on a voyage. I try really hard to make albums that get you from the first song and take you to the last song. I treat the project like you’re going to a concert to see a live performance.

2. Your sister Selena is a global icon. Why do you believe she has continued to be a force in music?
That’s a question I ask myself. How does an artist that is like Selena—loved by everybody—keep making new fans? Her music is passed on from generation to generation. She went to No. 1 on iTunes in sales recently—again. How does somebody do that so many years later when they’re not physically here? There are those classic albums that I guess my sister has. Classic albums and classic music.

3. The upcoming two-day Festival de La Flor in Corpus Christi will celebrate Selena’s life, music and contributions. How do you want your sister to be remembered?
People are already honoring her. Artists recognize her. Bruno Mars is singing “Dreaming of You.” The love is spreading. For me the festival is something that Corpus Christi needs to do because this is her hometown. For me, it’s more of a respect thing. Honestly, a lot of the tourism that we get here is for Selena. It’s great and wonderful. I hope that it gets bigger and bigger.

4. The Selena sound is classic and still relevant today. Since you are behind some of the biggest hits, what about the music do you think has resonated so much among fans?
During the earlier days, it was about mixing mariachi with cumbia. Even having a techno cumbia 20 years ago was unheard of. I don’t know what was going on in my brain. I just wanted good stuff. Her voice was really good. At first I didn’t see the potential of the song “No Me Queda Mas,” which I did not write. Later I did. When I look at footage of us back then, it’s something surreal seeing myself onstage with Selena. I can’t believe it’s me up there. It’s almost like a dream. But I’m grateful. Selena’s awesome.

5. Selena’s music has inspired many singers through the years and has also helped launch many careers such as Jennifer Lopez for her work in the film Selena. How have all these success stories impacted you and your family?
I remember the cast of Friends was on the cover of People magazine and Selena was just in the corner of the cover. Somebody said that a big demographic was not being served so they decided to make a Selena cover. A lot of people don’t know that the Selena edition outsold the Friends edition. That’s a big accomplishment. She’s broken so many records, it’s not even funny. I’m so proud because she worked so hard and took so much pride in what she’d done. I just wish she were here.

6. As fans we can’t get enough of Selena. Are there any other musical projects in the works?
That’s really a question for my dad. He handles the Selena estate. I have a friend who’s got Selena demos (from the ‘90s) and he’s shared them with my dad. People have not heard these songs and demos. My dad has (digital) copies.

7. Of all Selena’s songs, is there a specific one that resonates with you right now? Why?
There are so many that I’ve written for her, but if I have to say one, it’s “Amor Prohibido.” She was amazing in that song. You don’t need expensive keyboards to make really good music.

8. How are you going to personally celebrate and remember Selena during this anniversary?
I always celebrate. I perform her music on stage. I had an awesome and beautiful sister that touched many hearts. She’s more important than what I am. I was asked during a recent interview about what I felt most comfortable doing. My comfortable job was making the hits for Selena. My job was to be the guy in the shadows. That’s the guy I liked being. Now I have to be the voice for her to make sure her legacy continues.

9. What’s next for you as a producer/songwriter/musician?
I have a new concept album coming out hopefully in June. I can’t say too much, but I can say that what I’m doing on this album has never been done before. I’m also wanting to drop this on vinyl, which would also have a digital version of this project.

10. Tell us about your relationship with BMI?
My relationship with BMI has been amazing. I’ve had the honor of being in the presence of great writers. That’s what the experience is about … you get to see peers at the award shows, go to different places. It’s a great family. I’ve been part of the BMI family since I started as a songwriter. I don’t think my name could go with any other company. They’ve always treated me with the utmost respect and they have my respect as well.