Posted in MusicWorld on June 25, 2012 by Ted Drozdowski 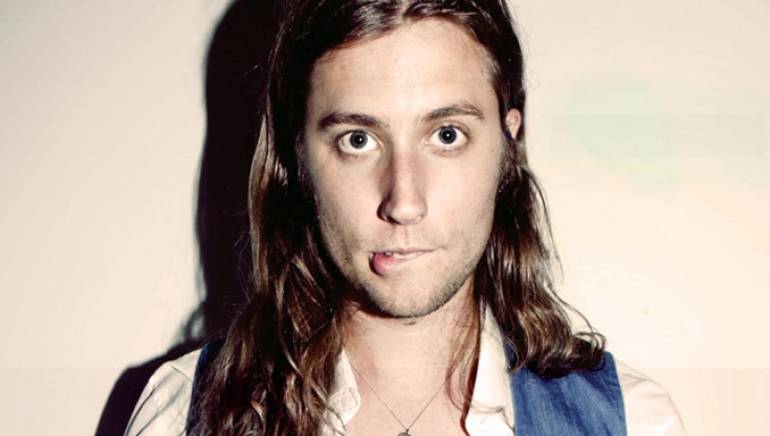 “I always knew writing music was number one for me,” says television and film composer Ludwig Göransson. But humor must be a close second. His one-man-band side project Ludovin ripples with effervescent fun — especially in the gleefully campy video for “So Happy.” With it’s claymation squirrel, strikingly silly lyrics, and gently roiling electro-folk feel, it’s a bridge from today back to Syd Barrett’s beautifully madcap solo albums. Then there’s Göransson’s hip-hop side. His friendship with Donald Glover led to him joining the Community ensemble cast member’s act Childish Gambino and collaborating on the highly successful 2011 album Camp. And then there’s the meat of his current work. Göransson is simultaneously composing the music for three of television’s most popular cult sitcoms: Community, Happy Endings and New Girl.

1. How do you compose for three sitcoms at once?

It’s about being organized. I have my schedule built so I work on each show for two days a week. I guess I’ve got my schedule set up so it works pretty fine.

2. Does each show have a different recording strategy?

I have a studio 10 minutes from my house where I do most of my work for Happy Endings. On Happy Endings I record a bunch of music with my band, which I put together for that show. At the beginning of each season I go into the studio and record us jamming out for five or six hours. Then I go back in the studio and cut that music into themes that I use repeatedly in the episodes.

For Community, I record everything myself. I play bass, guitar and keyboard. Every now and then they do spoof episodes of something like Star Wars or Lord of the Rings or Glee, and the show’s creators know how important it is to have a big orchestral score for those, so they pay for me to go up to use the SeattleMusic film scoring orchestra. Community is probably the closest to Ludovin.

And New Girl… that’s just me playing around with drums, guitars and bass in the studio by myself.

3. What part of your musical background best prepared you for working in television?

I think my jazz education that I got in Stockholm gave me the best preparation in getting to understand the structure and knowledge of music in general. That gave me the tools to compose — from learning to play scales, studying harmony, improvising and things like that. As a student I improvised every day and got such a great understanding for how to work with other musicians and how to react quickly, which is important when you’re scoring as much as I am.

Also, I used to be an assistant for Theodore Shapiro, who is a really famous film composer. Being around him and watching him write music for two years really gave me a sense of what’s good in film composing. He was important in mentoring everything I did.

4. I think of you as a pop composer: surf, rock, electronica, and even disco resonate in your music, as well as the hip-hip of Childish Gambino. But always with humor…

Most of the film and television music I’m doing now is for comedies, and comedy music needs to be fun music. One way to do that is to draw on a lot of influences. For Community, I even get to write music in an Ennio Morricone [Spaghetti Western] style sometimes.

But right now most of the music I’m writing apart from scoring is for hip-hop artists, because Camp, the album I did with Donald Glover as Childish Gambino that came out about five months ago, is doing really well and other artists are contacting me to help them with arranging and producing. I’m also the music director for Childish Gambino, and there’s a tour with a live band that I put together going on their August. Because the TV season is happening now, I’m only flying out to play with the band on some weekends, but I love it. We’re playing to 3,000 to 4,000 people at a time. Playing with the band is kind of like my down time. It’s so fun, and getting the rush of going out with the band gives me more inspiration to come back and write music. To work so much and be focused, you need to have some fun on your downtime.

5. How did your Ludovin solo project begin?

I was making a lot of music for directors and I realized I was doing nothing of my own. Part of the idea for Ludovin was to turn the process around, too. Instead of my always writing for directors, I thought it might be fun if I created some really interesting music to see if they’d want to work with my music. And one day I was listening to the radio and heard this mediocre band and I thought, “If this guy can sing, my can’t I try it?” So I went home and opened up my guitar case and wrote the first song. The second song was “So Happy.” I knew a great director whose shorts I’d seen at the USC film school and I asked her to do the video.

6. What’s the most challenging aspect of scoring for TV?

In the beginning it was just to realize that you always need to be simple – have a really simple idea and turn it into different options or variations. Work with that tiny idea and turn it into different cues, and that will help. In TV, and especially in Community, dialog is so important and the music is really important for the timing of comedy. People don’t realize the music needs to set up jokes, go out and come back in right after. My goal on Community is to really support the dialog. At this point, I don’t even think about it anymore. It’s in my system.

The music can’t pad, either. It always has to have a purpose and go somewhere, even if it’s just 10 or 20 seconds long. There has to be a melody, and it can be on guitar, percussion…whatever works.

7. How different is writing pop songs?

I love the collaborative process of working with other artists, writing or producing. It’s a different kind of inspiration. I really need to let myself define the whole concept of the song based on lyrics, which was a learning experience for me. I was used to purely composing music, ever since my years studying jazz.

8. What advice would you give composers just starting out in this business?

Focus on yourself and try to find you own sound. It’s hard to find your own sound and style when you’re young. Also, if you want to be a film music composer, just don’t listen to other film and TV composers. Try to stay in touch with what plays on the radio, because that’s the music your audience wants to listen to — even the TV audience. And get inspiration from the bands you love and cherish.

9. Who are three composers who have influenced you the most?

Kurt Rosenwinkle, the jazz guitarist. He is one of my biggest heroes. He has his own style. On the classical side, I would say Ravel. And I really like the way Kanye West writes his music. He has a real sense of drama and there’s a musicality in his songs I don’t find with other hip-hop producers.

At USC, BMI gave me a scholarship and that [made] me join BMI. They felt like I was important.