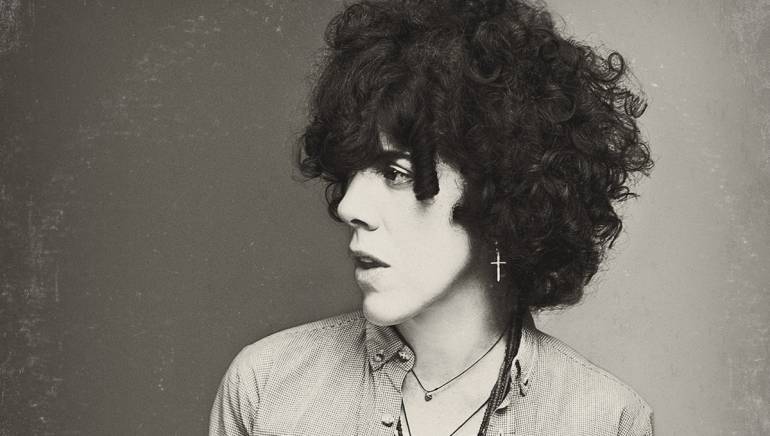 When a recent ad campaign by Citi featured “Into the Wild,” an aptly scaled blast of indie-pop fronted by the sweeping vocals of singer/songwriter LP, it sparked a national singalong that she, for one, did not expect. That’s probably because “Into the Wild” is but one of countless demos LP has penned in the last five years as a session-writer for several major labels. That background might also explain why, when chatting from home in Los Angeles about her breakthrough single and the debut album on Warner it will headline, the songstress sounds anything but panicked.

1. The Citi spot doesn’t last long enough to feature the chorus of “Into the Wild,” but the whistle-refrain is such a signature to that song. Was that planned?
It’s funny to have people commenting so much on my whistling as of late. I’m not one of those people singing in my house all day long—I whistle more. We were writing “Into the Wild” and the producer was messing around with the track. I was sitting on the couch behind there, whistling along to the track with my ukulele, going [whistles melody], and they turned around with this look on their face. I was like, “What? What is it?” And they were like, “Get in there! Put it down!” It was one of the first things I did.

2. Do you tend to whistle melodies when writing?
You don’t think about lyrics when you’re whistling. I would mess around sometimes and whistle long things, but I never kept it. This time it just seemed like the right thing. When I write I don’t ever play anything without having a recorder on because I constantly have melodies; I just do them off the top of my head. They’re like snowflakes or something [laughs]. I never do it the same way again unless I record it. I’ve spent quite a few bummer of a session chasing after it, the producer going, “What was the thing you did?”

3. Was a sense for melody the biggest thing you extracted from all the co-writing sessions? What’s most important to a song?
Nothing went to waste. I feel like I’ve gotten better at trimming the fat—I learned what was the meat of the song. For me it’s melody. I mean you’ve got to have a very strong concept, too. I’ve painted myself into a corner where I’ve got a melody and I’m like, “Ugh! I cannot get this lyric.” It’s just not there. My favorite thing that ever happens is: I’m singing a melody and a lyric pops out and then I immediately feel like that’s the concept, and everything works out. I was able to get a better bearing on melodies that really work, and are memorable.

4. You used to play out a lot, before working so exclusively as a songwriter. Where does that inform your style or approach these days when writing?
That kind of stuff just got me better at my instrument, and my main instrument is my voice. My writing jumps off from my vocal ability: That’s my unique thing to give. I feel like I can sing anything in my head, and I go there in my writing. I write on guitar, my ukulele, or I write to tracks, but it all comes down to where I go with my voice in the end.

When I started writing for other people I explored these different genres. I started writing urban and dance music, writing these tracks and singing melodies in autotune. And autotune is amazing when you discover it as far as the different notes that come out, out of the scale—tones and stuff. That was really fun: taking a break from being a rock-centric person, because I want to be a scholar of music. I’m always studying and trying to learn from it. I aspire to make it my living so I want to learn as much as I can. I think you have to, if this is what you want to do.

5. You’ve commented before that you’d like to keep writing for others even as your career as an artist develops. How’s that been going?
I definitely want to keep writing for other people. I would get bored if I just wrote for myself. I have a lot of stores, a lot of back-reserves of songs that are being cut right now. You never know. I wrote a song four years ago that’s actually going on Joe Walsh’s new record.

6. Are any of the songs from your debut album part of that stock-reserve?
Every single song that’s going on the record—I started them all around February 2011. They all come from the past year. I did Roy Orbison song with [songwriter] Billy Steinberg and it opened a door in my head of what I wanted to do: a feeling in the music, really organic-sounding but with big hooks. Roy Orbison, his songs are not orthodox. Some of them are quite strange, but they’re memorable and they last. Every songwriter wants songs that last or feel timeless. It set me off on this tear, just the sound. I don’t know how it happened. I try not to question the muse too much. It just felt like these were not sitting-around songs, for sure.

7. Why did you choose BMI?
The artist relations. I felt like my friends there got a lot of sessions, and the people at BMI were really thinking about them and who they would fit well with. I like that; it’s always good to have other pools of writers and people that are thinking about what would be great co-writes, because you just never know. PJ Bianco, the guy I wrote and produced “Into the Wild” with, he and I would be such an unlikely pair. “Into the Wild” seems so out of the ordinary for the two of us to come up with; it’s kind of what I do, but PJ took it to such a beautiful place. Since then we’ve done a bunch of other songs together, “Tokyo Sunrise,” among others. We just have something. There’s something that goes down when you get in a studio, and you’re always looking for that. I really like Barbara Cane too. I think she’s like a legendary, cool, old-school kind of music person—I like that.

8. Which albums or artists are most near-and-dear to you?
I would say Jeff Buckley. It’s interesting how connected his life is to his dad’s, even though they weren’t connected at all. I think Grace will go on forever. Nevermind—Nirvana was a big deal for me because it was so dark and profoundly individual—what [Kurt Cobain] was doing. At its base level it was pop music, but the melodies were so dark and somewhat twisted sometimes, and interesting. Radiohead’s The Bends is an example of that too; these massive pop songs, but so deep. It doesn’t have to be a chirpy little ditty. That’s kind of what’s cool about music today, is we have a real indie thing going on but a lot of these indie-style bands are at the top of the charts. I feel like pop encompasses a broader spectrum now than it used to, and it’s exciting. And probably The Joshua Tree. I would also say Led Zeppelin; that’s a big one for me. It brings my rock, high-edge to stuff: Led Zeppelin I and II.

9. Do you have a favorite venue?
I love the Bowery Ballroom. That’s my favorite venue. I saw the Strokes and the White Stripes and it was so fun to see that; you can be right up against the stage. In L.A., I think the El Rey is pretty cool. The Wiltern is nice too. I haven’t played very many venues here in L.A.

10. Will that change once the album is done?
I’m excited to get the record done, and tour it; my thing is certainly a live thing. It’s 80% done. I’m still bringing in a few last-minute tunes and I’m starting to really record. We just finished the studio version of “Into the Wild” and it sounds amazing. We’re shooting for September, so I’m really in panic-mode. But at the same time, whatever happens, happens—it’s just like that commercial. I was so surprised that this went this big. I thought it would be a little blip on the screen.