Posted in MusicWorld on September 5, 2012 by Kathy Iandoli 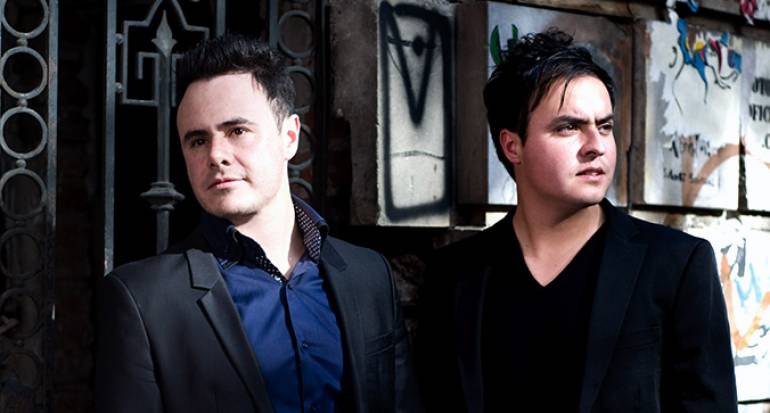 Getting a hold of Jose Luis Roma is incredibly difficult. He’s either in a studio or in a quiet room, spending most of his time penning songs. He and his brother Raul Ortega make up charismatic duo Rio Roma, who have become known for conveying powerfully heartfelt lyrics in song. The pair’s debut album Al Fin Te Encontré paired passionate lines with rich vocals, clearly indicative of the style and sound that Jose and his brother have been working on for the past few years. In catching up with Jose, he advises new songwriters to fully understand the territories they’re working in, how an English-speaking album may one day be in the cards, and that he’ll never stop songwriting – even in the afterlife.

1. What is your favorite local live music / concert hall?
I would have to say, The National Auditorium of Music in Mexico.

2. Why did you choose BMI?
I chose BMI mainly because other songwriters and publishers recommended them to me.

3. What advice would you give to composers who are just starting?
I would say to study all of the laws in your country and others, including coauthorship, as well as the careers of songwriters and publishers in the United States. That way, you’ll have a strong understanding and have experience with people and countries who may do things differently from you.

4. Who are three songwriters that affected you the most?
Juan Gabriel, Manzanero, and Alejandro Sanz

5. What are your top three favorite albums?
Aries by Luis Miguel, Mas by Alejandro Sanz and Sin Bandera’s first album

6. When you write songs, do you write with non-Spanish speaking people in mind too?
Not at this time, but I think in the future I’d like to write more for English speakers as well.

7. What is your favorite song you’ve written?
“No Lo Beses”

8. What is a song that you wish you wrote?
“Secreto De Amor” by Joan Sebastian

9. What is your songwriting process like for Rio Roma?
The goal is to write all of the time with my brother while I’m still alive…and even after that.

10. Do you ever write songs with other artists in mind?
Yes! I always think about the next step I should be giving to the artist I am writing for.