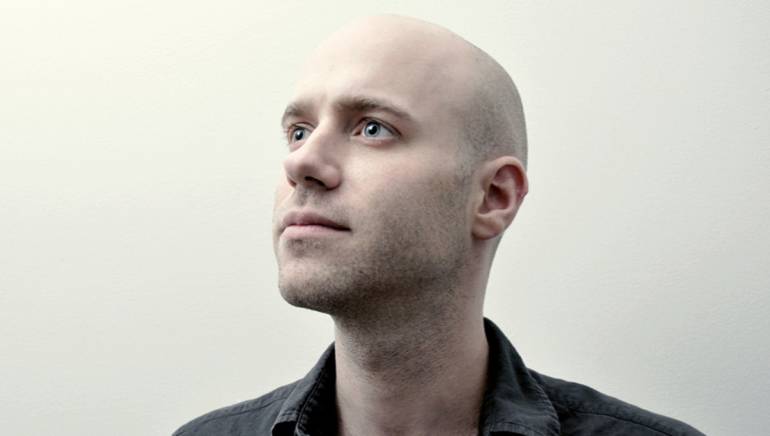 Dan Romer grew up cherishing gritty singers—from Dylan and Daltrey, to Cobain and Corgan. These days the Brooklyn-based producer and all-around studio whiz is just as concerned with vocalizations, but contending for his attention is the constant search for an agile string arrangement or the perfect drum sound. Checking in from his studio, Romer considered the roots of that search, producing for Jukebox The Ghost, and his orchestral score that won a Grand Jury Prize at the Sundance Film Festival earlier this year.

1. Your soundtrack to ‘Beasts of the Southern Wild’ won big at Sundance. What was the composing process like and what do you think makes the score so unique?
I haven’t actually scored that many films—this was my first feature. It was a huge endeavor and it was so much fun. It was probably a six-month process. Benh Zeitlin, the director and co-composer, lives in New Orleans and it was filmed there. He was doing sound out in California so we didn’t do huge, long stretches; we did three-week bursts. The actual recording was two weeks. We had one violin player that played for 30 hours, and tripled or quadrupled himself on every part. We built an orchestra out of eight musicians, so it took a very long time. But it doesn’t sound like other scores. It was recorded in a basement-y live realm and has a string-quartet-in-an-insane-asylum kind of sound. It was an amazing process.

2. What are your favorite soundtracks or movies?
Danny Elfman’s score for ‘Edward Scissorhands’ was the first movie—and I must’ve been eight or nine—I remember hearing and thinking, ‘Why do I want to cry right now?’ I still don’t own it. It never occurred to me to listen to film music on my own when I’m sitting around, but that score is hugely influential. Also: Jon Brion’s scores.

3. Do those soundtracks shape your approach as a composer?
I come at film scoring from the perspective I come at pop music. My film scoring is essentially pop songs put into an orchestral realm, so it’s kind of classical theory I learned applied to pop writing. Any melody I’ll write for film could easily be a chorus or verse for a pop song. Really, my biggest influences are the same as my pop writing influences: David Bowie, Bob Dylan and Kate Bush.

4. Well then, which pop albums might most influence your scoring?
My top album of all time is The Rise and Fall of Ziggy Stardust and the Spiders from Mars. I didn’t hear that until I was 17 and when I heard it I was like, ‘Oh my god, how have I not been listening to this my entire life?’ The way that Ken Scott recorded that is the most amazing thing: He would mix the verse and then bounce all the verses to tape and mix the chorus and bounce all the choruses to tape, then edit them all back together. Which is such a far-ahead-of-his-time idea; you weren’t able to get completely different sounds on the verse and chorus until automation.

The other album that’s going to have a seat in my top three is Joanna Newsome’s Ys. It’s her playing harp with an orchestra arranged by Van Dyke Parks. He’s an idol of mine and Ys is like a new rulebook for classical arrangements in pop, especially the longer songs, “Emily” and “Only Skin.” And then probably I would have to say Blonde On Blonde by Bob Dylan. Songwriting-wise, that album is just out of control.

5. Which producers have most influenced you, and why?
Ken Scott, Dave Fridmann and Jon Brion are my three guys. Scott was a pioneer and I just think he developed the sound that is still so relevant today—the kind of dry, right-there snare sound that people use a ton and I feel wasn’t really done before him. He had a new take on what pop music was supposed to sound like. When I was growing up, every record that sounded like the most amazing thing to me turned out to be Dave Fridmann. He was producing the Flaming Lips, Mercury Rev, the Delgados. He showed me the concept of the studio being a removed thing from the live idiom. When The Pawn…, the Fiona Apple record, got me into Jon Brion. He’s not really a synth-heavy guy; he’ll use Chamberlins and Mellotrons over synths usually, and his way of using organic instruments in unconventional ways was what amazed me so much.

6. Do you ever get out of the studio for shows in New York? Where do you go
What’s become Rockwood Stage 2 now—for the last six years a lot of the artists I work with play there. That’s where Ingrid Michaelson started when she started playing in the city. It’s really easy going, so it’s a fun place to be and there’s kind of a scene attached to it. Usually when I go to see music though, I go to Barbés [in Brooklyn]. Go any night of the week into the back room and it will be some of the best musicians in the city, some of the coolest music you’ve ever heard in your life. Slavic Soul Party is my favorite show to see live. It’s incredible.

7. Why BMI?
When I was 17 I won a scholarship from a John Lennon songwriting contest BMI threw. I went to the award ceremony and Yoko Ono was giving out the awards. I just loved the vibe. They got me at a young age. When I went to school, my main mentor said, ‘BMI is the right place to be.’ I’ve kind of made choices a lot of times in my life where I just like the feeling of things and I go with it. That’s how it was with BMI.

8. What was your role during the recording ‘Safe Travels,’ the upcoming album by Jukebox The Ghost?
I’m really proud of that. A lot of the stuff I’ve done is in the acoustic realm, which is awesome; I get to do a lot of string quartet stuff. But my true love kind of lies in rock and roll and I’ve been in love with this band for years. They already had basic arrangements for the songs. In some cases we kind of did facelifts for the songs, but I didn’t do any writing. We would move a chorus from one spot to another or we would take out sections in ProTools after basic tracking. I have a difficult time sometimes knowing what the form should be until I have things tracked. An eight-bar intro will be amazing but at some point along the way it might be, “Okay this needs to be a four-bar intro,” and later it becomes a two-bar, and next thing you know it just starts right away with the vocals. But at least you give it a chance. And sometimes long intros stay.

9. How different was that dynamic from your work with solo artists?
It’s great to have more than one opinion bouncing off what I’m saying. Jenny Owen Youngs is probably my closest collaborator. We’ve made three records together and pretty much every one was: us sitting in front of a computer together, bouncing ideas and keeping each other in check. It’s totally different having three guys next to you who all have very different opinions. It was actually Jesse Kristin, [Jukebox’s] drummer, who didn’t write any of the songs, who had the most insightful stuff to say. He has an ear I don’t. Having that many opinions is extremely helpful, especially during mixing.

10. What do you look for in a vocalist?
When listening to a new artist the most important thing to me is the way they end their phrases. That’s the spot where you’ll hear vocal insecurity or confidence. That’s what attracts me to singers like Joanna Newsom or Björk —any singer that’s influenced by Kate Bush—the end of their phrase will have this weird thing that’s special to them. I think it has to do just with the magic of an exhale. What someone is leading you with at the end of something is so special; the end of that phrase is going be in your head till the next phrase comes. David Bowie is another one: the way he’ll end certain words it’ll sound like two singers at the same time, like a high and a low singer. It’ll make you want to listen to that phrase again and again and again.