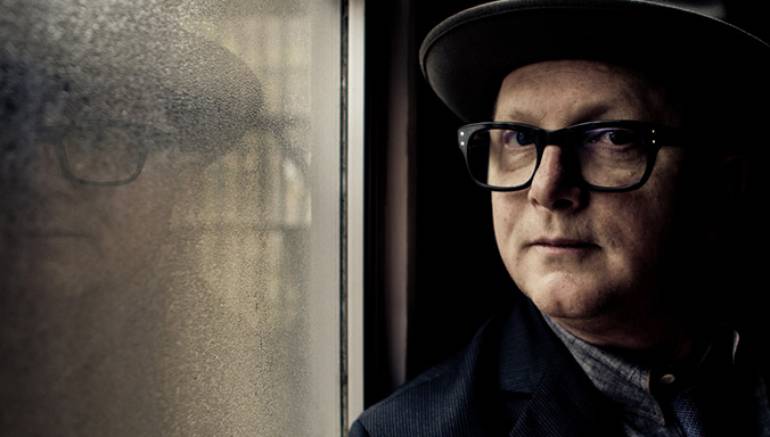 Charlie Peacock takes songwriting more seriously than most. “Why even write songs?” asks the longtime Nashville producer and musician, his intensity cut with curiosity rather than despair. “What is a song’s contribution to society?” With a few decades in the business to sort out answers to these questions, the Grammy-winning California native has divided his career between writing hit songs (notably, and diversely, Amy Grant’s “Every Heartbeat” and Switchfoot’s “Dare You to Move”) and producing albums for others (recently, The Civil Wars’ gold debut album Barton Hollow), all while tending his own progression as an artist of astounding versatility. Having just polished off the tracks for another Civil Wars project, Peacock is already on to the next thing. This time it’s the release of his No Man’s Land, a lively, folksy exploration of a colorful family history, out October 2.

1. What was your process for writing the No Man’s Land songs?
This songwriting process was inspired by the lives of my grandparents. Through some genealogy research that one of my aunts did in California I found out all these stories that I didn’t know. I began to do my own research, and uncovered all this family history— particularly on my dad’s side in Louisiana and Texas—that was really interesting and inspiring. That, combined with the stories I had from my mom’s side of the family, just opened me up. The songs came really easy, as if they were requesting to be written.

2. That’s so interesting that you made use of that information—your family’s genealogy—by writing songs about it.
Yeah, it’s always been that way for me. Music is the way that I process change and joy and difficulty and the whole range of human experience and emotions.

3. How has it been different to go about writing a folk song as compared to the jazz numbers you’ve written in recent years?
I was fortunate to grow up in Northern California when eclecticism in music was really the rule so even the concerts that I attended as a kid were made up of a really wide variety of musical genres and styles. You’d have blues on the same program with a hard rock band and a jazz group and a folky singer/songwriter so it was just more of the ethos then, growing up in the ’70s, for music to be so much more varied and less about fitting into a singular genre tribe. For me, playing a simple three-chord folk song or playing some sort of complex improvisation, that’s just like breathing.

4. Most all things written about you describe you and your career as “difficult to categorize.” How do you describe yourself to those not familiar with your work?
I guess I always say something like, “Well, if James Taylor and Miles Davis were from the same family, I might be their little brother.”

5. Is there a topic you haven’t covered in a song but want to?
There really isn’t. It’s funny. I’ve written songs about so many different things and tried to innovate in my songwriting. I’ve written everything from a simple love song that was a huge hit with Amy Grant like “Every Heartbeat” to some of the jazz collaborations I’ve done with Jeff Coffin and Ravi Coltrane and others. I even wrote a song once about where I grew up. It was called “Climb a Tree” and talked about the SR-71’s vapor trail. I wasn’t sure if I was the first musician to ever put a U.S. spy plane in a song, but yeah I’m definitely not afraid to mine deep and wide in terms of where inspiration comes from, lyrically and musically.

6. Do you feel most at home as an artist or producer?
I feel most at home as an artist. Producing falls underneath that. If a job is more functional and less artistic in process then I’m not as at home with it. That’s one of the reasons why The Civil Wars project is such a fit for me because my production style with the group is very collaborative and not so much of me being the professor over in the corner with the computer screen, lining up all the 1’s and 0’s.

7. What advice would you give to songwriters just starting out?
If you want to be a great songwriter, you have to be like a toothpick maker. You’ve got to make a lot of them to succeed at it. I think, for example, before I signed my first publishing deal I probably made about 50 or 60 demos, and who knows how many songs I’ve written? So rather than thinking, “Who can I get to listen to this?”, it’s about enjoying the pleasure of getting up each day and writing and developing that writer’s muscle, and also, in the process, learning how to critique your work and measure it against other work, and then, even more importantly, having your own personal vision for your songwriting: why you write what you do, how you write it, how you’ll continue to grow as a writer. Really ask a lot of questions about your work and what it means to develop as a human being and as a songwriter. So I tend to make it a pretty big issue. I look at songwriting in the same way I look at being a surgeon or an airline pilot. If somebody’s going to cut you open or fly you in a plane you want to know they’ve put the time in.

8. What’s your favorite live music venue?
Here in Nashville my favorite venue is The Bluebird Cafe. There’s still something really special about being in The Bluebird, hearing a song that’s traveled all over the world and to hear that song sung by its original writer. The first time I experienced that 23 years ago when I moved here to Nashville that was pretty special. At the time that just wasn’t something that happened anywhere else on the planet. And, then, there’s a place in San Francisco called Great American Music Hall that’s just one of my absolute favorite venues. I saw many, many concerts there when I lived in Northern California, and just this last year was able to see the Civil Wars there. It was glorious.

10. Why did you choose BMI?
I’ve been with BMI for over 30 years. BMI has been really good to me. Whether I deserved attention or not, there were always people inquiring how I was doing and what I’ve been working on. BMI has been an encouragement to me, and in terms of our cash flow and how we make money in this business, BMI is a steady friend that we meet down at the mailbox. Between the collection aspect and the friendship and the artist care aspect, I’ve never wanted to go anywhere else.