Posted in MusicWorld on August 1, 2012 by Malcolm Venable 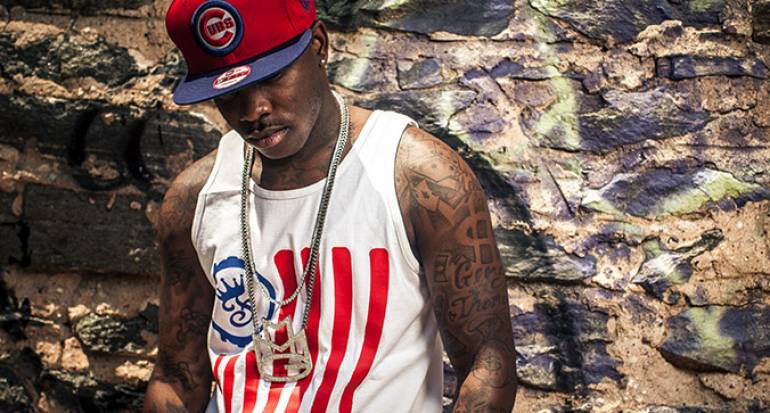 Beat Billionaire’s biggest dream is to become the first producer to make a billion selling beats, and with a start like his, the dream might not be far-fetched. A producer for Rick Ross’ Maybach Music Group, Beat Billionaire is the man behind Ross’ hit “Bag of Money” (ft. Wale and Meek Mill) and Birdman’s “Born Stunna” with Ross. Previously, Beat Billionaire – born Shamann Cooke – produced for T.I, Young Dro, Gucci Mane, and others at T.I’s Grand Hustle label – a gig he got after being introduced to that team by Parrish of EPMD. A native of Richmond, Virginia, Billionaire was known for rapping, DJing and producing until meeting Parrish, who in 2003 invited him to New York, where he cut his teeth producing for Method Man, Redman and more. Now at the nucleus of one of rap’s most prolific crews, Beat Billionaire momentarily stepped out of the studio to chat with MusicWorld.

Madison Square Garden. I’ve seen Jay (Jay-Z) rock that and it was amazing.

Byron Wright. He’s been showing me all through the years he has me covered. I just love being with BMI anyway, they just make sure everything is on point. They don’t miss a beat. The relationship that I have with Byron is like a brother. He doesn’t sugarcoat things.

3. What advice would you give to songwriters just starting out?

Really my advice is to do your homework. Music is not the same…say, as far as r&b. At one time, music had feelings. Nowadays, I’m not saying it’s trash, but you know how you get a feeling when you hear some songs? I think writers need to go back to that. Keep that determination. Be different.

4. Three songs (or songwriters) that influenced you the most?

Missy Elliot. DeVante Swing. Drake. Missy wrote classics. Everything I grew up on. With DeVante, Jodeci’s music takes me back to a time when I’d be on the phone with a girl, falling asleep on the phone. And she’d hear me hit the button and say, “Are you sleep?” And I’d say, “Naw!”

6. Do you think your music has a distinctive style or sound? How are you unique from other producers?

I learned from Timbaland, Teddy Riley, The Neptunes. With Timbaland I learned anything is possible. I try to make it sound modern. You couldn’t mimic my sound.

7. What do you absolutely need in order to write?

All I need is my laptop, hard drive and mini keyboard. I have my whole studio in my bookbag.

8. What’s the most difficult part of the songwriting process? The easiest?

The easiest thing is…well, it’s not easy at all. But it’s kind of easy when you can knock it out in 20 minutes, but the hardest part is creating big-sounding music. I try to be different. Like “Bag of Money” you would never know I did that. It’s street but it’s r&b. I try to do something different than what you’ve known me to do.

9. How much time a day do you spend in the studio?

I have a studio at the crib. I don’t do it every day. I try to make time to spend between family and music.

Starting my own label, developing artists, trying my hand on the executive side, running my own business. I want to be a billionaire off making beats.