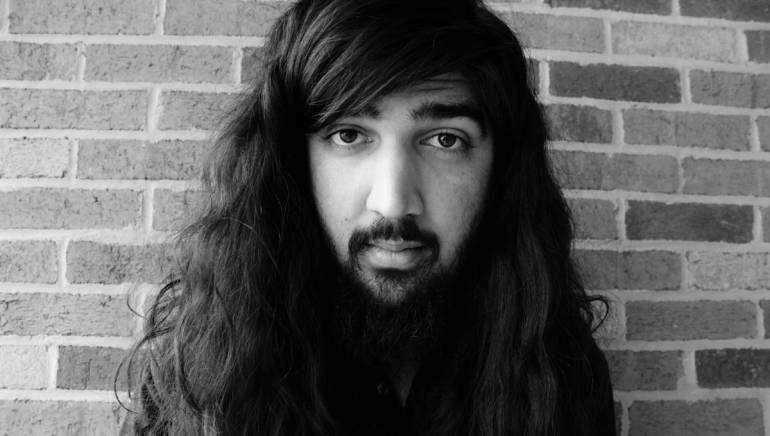 Ammar Malik is a guitar-toting songwriter from Virginia who, at 24, also happens to be one of pop’s hottest guns for hire. His involvement behind Gym Class Heroes’ “Stereo Hearts” sparked a pivotal camaraderie with that song’s featured vocalist, Adam Levine. That chemistry helped produce “Moves Like Jagger,” the massively infectious Maroon 5 single that needs no introduction. Taking stock—and a break from fine-tuning new songs for Levine and co.—Malik spoke with BMI about his breakthrough tear.

1. What’s been the trick to writing these hits? How have the songs come together?
Sometimes it starts with a chord progression, sometimes a melody, sometimes it’s a title. I used to think, “Well, no this isn’t how I write”—being given or told a date and a time to show up and given a track to write music to. In the past year it’s actually spawned a whole different type of writing. The outcome’s different because of the people you’re working with; they have a different approach and theory on how to write. When I’m around people, I can’t help but see things their way and absorb their philosophy a little bit. I’ve been writing from my point of view for so many years; it’s refreshing to try and put myself in other people’s shoes.

2. Is there a collaborator who’s been particularly influential?
My good buddy RoboPop—Dan Omelio. We do our best work every time we get together. We’re always taken aback by it, but it seems very consistent. The first time was for “Stereo Hearts.” The kind of bond you form through writing great music is totally different than any kind of friendship. Writing with Benny [Blanco] has been unbelievably educational; same with Dr. Luke and pretty much anyone I’ve written with really in the past year.

3. Is it true that you and Adam Levine wrote “Moves Like Jagger” with just the working title?
The “moves like Jagger”-part was just gibberish—a placeholder in the melody. The demo was started by Shellback. When me, Adam and Benny heard it, we thought it was actually really cool and different, could be a moment. Adam and I were trying to figure out how to make a story or a real song out of that. How do you give some emotion to a strange kind of title? “Stereo Hearts” was different because we had that hook written, got it produced with Benny, then sent it to Adam. We were on two different sides of the continent, but we were on the same page. When “Moves” came into the picture—that was the first time Adam and I were writing in the same room. Luckily, with Adam, he’s so much like some of my friends back home. Walking up to his doorstep, I was extremely nervous, but he really does make you feel like you’ve known him your whole life. It was really easy.

5. What’s a lesson learned in the past last year that you’d pass along to songwriters making their start?
Sometimes you’ve got to trust other people’s opinion. There’s really nothing wrong with not being good at something—and being okay with that and finding a team that can help you find those weaknesses so you’re able to create something amazing. There are a lot of people that have specific strengths but try to do it all and end up shooting themselves in the foot in certain ways.

6. Why did you choose BMI?
We met Samantha Cox [BMI Assistant VP, Writer/Publisher Relations, NY] awhile back. She was an early believer, helping us out with sessions a long, long time ago. When you have someone who really believes in you, it’s kind of a no-brainer.

7. What are some of your desert island records?
I’ve got to give props to a band that made me extremely passionate about music and opened my mind, creatively: the Rx Bandits—they have early roots in kind-of ska, then went experimental rock with some of their later stuff—The Resignation would be a top favorite, and another one called …And The Battle Begun. I have to say Radiohead, of course. That’s a tie between Kid A and In Rainbows.

8. What are your favorite movies?
Anything by the Cohen brothers. The original Land Before Time is phenomenal. I just watched it recently with my nieces and still loved it. Maybe it’s the nostalgia, once the soundtrack kicks in…it’s an amazing soundtrack.

9. What about favorite venues?
We would play Jammin’ Java in [Vienna,] Virginia all the time—lot of memories there, rocking out with high school bands. 9:30 Club is where we would go to catch all our favorite stuff in D.C. Besides that, my friends back home and I are huge Bonarroo fans. The magic that you feel at a festival like that, where everyone is there for the same purpose, there’s no other musical experience like it.

10. How has success changed your goals as a solo artist?
I feel like the more I do this—the more I write and become involved in this songwriting world—the hungrier I get for the artist side: the other part of me that has the emphasis on experimenting and exploring new landscapes. Now that this is working, it really opens opportunities for me to do my own thing. I have the resources. One of my buddies from back home, we’ve been experimenting with the kind of sound we’re gonna try to achieve. Since getting into songwriting I’ve been searching for my sound. I do a lot of thinking about it. There will be some moves toward it this year, but it’s still very much in the early stages. I’m definitely going take my time and make sure it’s something really special to me.