Posted in MusicWorld on March 28, 2012 by Ellen Mallernee Barnes 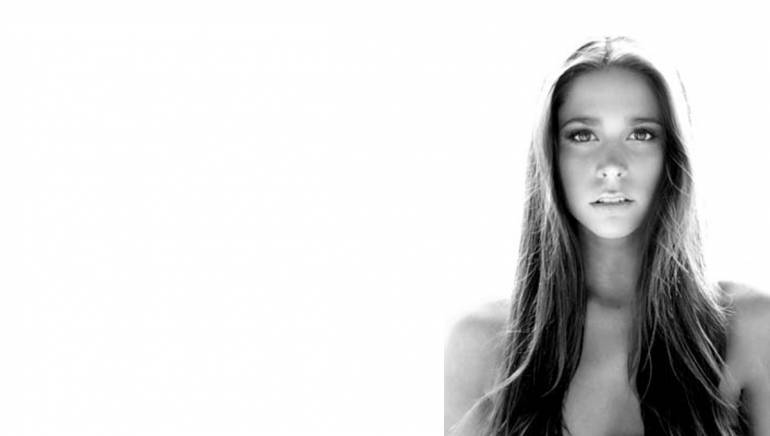 With waist-length, stick-straight brown hair, 22-year-old songwriter Ali Tamposi looks every bit the part of Laurel Canyon resident, just as Joni Mitchell and Jim Morrison did before her. Building on the success of the No. 1 dance anthem she wrote for Kelly Clarkson, “What Doesn’t Kill You (Stronger),” and previous successes writing songs for Beyoncé, this intensely likeable Delray Beach, Florida, native says she imagines she’s in for a long stay in L.A.

1. What led you to become a songwriter?
I grew up in South Florida, and when I was 14 I was discovered by Marty Cintron from No Mercy, and I was signed to a record deal. He brought me to Frank Farian, a major German producer, and they signed me at 14. We parted ways when I was about 17, and I signed a deal in Miami. From that, I met producer Jim Jonsin when I was 17, and he signed me as an artist as well. He really taught me a lot about producing and songwriting and he introduced me to a lot of songwriters who he had worked with, and I really learned a lot about the process while I was signed with him.

We worked on a bunch of songs in Miami, and one of the songs that was supposed to be my single—“Save the Hero,” written by Rico Love, Jim Jonsin and I—ended up going to Beyoncé on her ‘I Am … Sasha Fierce’ album. Things started to die down with Jim so I moved out to L.A. two years ago, and I just hustled. I initially moved here wanting to be an artist, and I was trying to figure it out and started writing a ton of songs. I was introduced to Jorgen Elofssen right before my dad was about to send my ass back home to South Florida and right before I was going to call it a day. I was literally packing to go home the week that I met Jorgen, and he was like, “You’re not going anywhere. And I’m not focused on you as an artist; I see your talent as a songwriter.” Meeting Jorgen changed everything.

2. How was it to relinquish the dream of being a singer to become a songwriter for other artists?
I had to really emotionally detach myself from the records that I was writing because I just realized that my career was really in the hands of Jorgen, and he was really my mentor at that time. I really started to love the writing element and over time I realized that I’m in the right place. It was a really difficult process though to let go of that. But I’m there and honestly it feels like another lifetime that I wanted to be an artist. My head isn’t there. At this point I just have no desire to venture into that world.

3. You’re a full-time songwriter these days. What’s life like?
Honestly, I really can’t even believe that this is a real job. Today I’m going to the beach because my session doesn’t start ’til six. But there are weeks when it gets really intense. I usually try to take Sundays off but there are weeks when Sunday comes that I’m a wreck. And then there are things that are mellow and cool and easy. Like right now I’m working on a Ciara album, and she’s been great. It’s Livvi Franc and I who are doing most of the writing for it, and it’s been really cool and laid back so that’s been fun. There’s a lot of angst and edge in [Ciara’s] music and we’ve tried to be really conceptual and write things that haven’t been done before and real strong women empowerment songs. This what I’ve been really wanting to do: Focus on one project. So we’ve been doing that the last few weeks now.

4. “Stronger” is certainly your calling card thus far. What inspired that song?
I wrote the song about a year-and-a-half ago. I had been here for about six months at that point, and I was in a long-distance relationship that I’m out of now. At the time, I had been with that person for six years and the night before the session I had heard from a girlfriend of mine that my boyfriend was seen out with another girl. And so I was completely distraught and my mom was like, “Ali, it’s not going to kill you. It’s going to make you stronger.” And I was like, “What’s that saying? That could be an interesting concept for a song.” So I walked in that day, and the song was written then. Honestly I didn’t think anything of the song that day. It wasn’t until two months after we wrote that when I heard the demo back that I knew there was something special about this. We wrote the song in September, got the demo back in November, and then it wasn’t until the Super Bowl last year that Kelly [Clarkson] recorded the song.

5. How did you get the song to Kelly Clarkson?
My manager, Tom Maffei, send it to Jeff Aldrich, her A&R at the time, and Jeff loved it and sent it to Narvel [Blackstock], Kelly’s manager. He sent it to Kelly, and Kelly loved it, but Jeff Aldrich thought it need a new production on it, just edgier, so Jeff sent it to Greg Kurstin and he just completely transformed the song into what it is. He built up the tempo and gave it life. Then Kelly recorded it, and we still didn’t know what would happen. We were hoping it was going to be a single. We were hoping it was going to be on the album. The song picked up on its own without it being a single. It was just the most popular song on the album. It just really took off and completely blew our minds. It went No. 1 on iTunes, and I lost it then. And then it was No. 1 on Billboard. It was No. 1 for three weeks. I love it and it’s really incredible—especially hearing the song on the radio is indescribable—but for me the best part about it is what’s happening because of the song with the leverage that I have and the sessions that I’m able to get into. That’s really what I was looking forward to.

6. What advice would you give to songwriters just starting out?
The best advice that I could give is the advice that I was given. I was really focused on what I was supposed to be, where I should be, and where I wanted to be and I just had my heart set on that as opposed to just putting my head down and putting one foot in front of the other. My advice is don’t worry about where you should be or where you want to be. Keep going. There are going to be days when you come out of sessions and you feel like you completely bombed it and you don’t know why you are where you are. That happens. All the time. I’m telling you it happens to me at least a couple of times a month. And then you’re going to have those days where you kill it and you’re on a roll and you’re coming up with really innovative things and pushing yourself and that’s what really keeps the momentum going. You have to be really tenacious. There are so many outlets and possibilities in the songwriting world right now.

7. What’s your favorite live music venue?
The Troubador on Sunset. I’m obsessed. I was just there last night seeing Of Monsters and Men. They were insane. It has the best live sound. It has so much history there. Jimi Hendrix played there. It’s just a really great venue.

8. Who are three songwriters who have influenced you the most?
Linda Perry, Alanis Morissette, and Jewel.

9. Is there a topic you haven’t covered in a song but want to?
I really wanted to use, for years, the title “One-Woman Army,” and I just used it with Ciara. I had it initially as “One-Man Army,” and I changed it and it’s [about] a strong, really independent woman that if you’re going to be a part of her life you have to be strong, a fighter, a solider. It’s a really strong song. We’re working on that right now.

10. Why did you choose BMI?
Because of Barbara Cane, who is super down to earth and motherly. And Phil Graham has been awesome, and their pop BMI parties are fun. [Laughs.] And I love the staff. Everybody is amazing.