How to get paid for Classical Music Performances

Payments are made quarterly for radio and television broadcasts. The quarterly statements are issued about 6 months after the conclusion of a quarter and no statement is sent if there are no earnings during that period. For further information about these payments, please check here.

To affiliate with BMI as a classical composer, please send a copy of your resume and a list of works with information on performances and venues to classical@bmi.com. 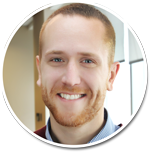 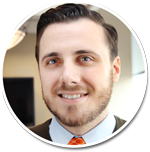 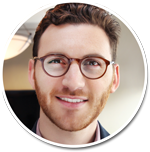 William Goldstein On the Art of Instant Composition

General Registration
What does “classical” mean at BMI? Answer

At BMI, we register works as classical that are composed for live performance on a classical concert (this type of music is also described as concert music). Arrangements of classical works, instrumental tracks from albums, and film or TV scores, regardless of style or instrumentation, are not registered as classical works at BMI.

Q: What does “classical” mean at BMI?

At BMI, we register works as classical that are composed for live performance on a classical concert (this type of music is also described as concert music). Arrangements of classical works, instrumental tracks from albums, and film or TV scores, regardless of style or instrumentation, are not registered as classical works at BMI.

Q: I arranged a Public Domain classical work.  Will I get paid for its performance?

Q: What should I do for premiere performances?

Please send a completed Premiere Report Form, along with a copy of the concert program, to BMI. BMI is able to license the first performance of a work in the United States (U.S. premiere) only if we receive written authorization from you or your publisher. This serves to protect your right to control the circumstances of first performance. For more information, please review our guidelines for reporting classical performances.

Q: Can I report a classical performance using BMI Live?

Q: How do I report a classical performance that occurred outside the United States?

Some international societies in Europe and Asia have shortened their reporting deadlines significantly. As a result, it is now imperative to report all international live classical concerts within six months of the performance date. Send us a copy of the concert program (or other acceptable documentation) along with a completed International Report Form via email to .(JavaScript must be enabled to view this email address), or via regular mail to:

Q: Should I report a classical radio broadcast?

No. Royalties from radio play are based on a statistical sample. BMI uses performance monitoring data, continuously collected on a large percentage of all licensed commercial radio stations, to determine payable performances. We cannot accept performance reports from our writers or publishers for radio broadcasts.

I have a new instrumentation for a work I already registered. Must I register it as a separate work? Answer

When the new instrumentation of an existing work has the same title and duration, please do not re-register it, but send an email with the details to classical@bmi.com.

Q: The work titles in my BMI catalog have no punctuation. Why is that?

All work titles appear in your catalog without punctuation for the purpose of standardizing titles. This is done automatically during the registration process.

Q: I don’t have reliable internet access. Can I still use the PDF or paper forms?

Yes, we still accept both the PDF and paper classical work registration forms. They should be sent to us either via email to classicalworkregistrations@bmi.com or by regular mail to the NY Classical office.

Q: Each work of mine appears in my catalog twice, once with my last name and once without. Why is that?

Q: A movement from my sonata has been performed by itself. Should I register that movement separately?

Generally, individual movements should not be registered as separate works; BMI has a system of in-house registrations to accommodate occasional performances of excerpts or movements from larger works. However, if a movement is being performed frequently and exists as an independent work, the classical department will request a registration from you.

Q: My publisher doesn’t have a BMI affiliation. How should I register the work?

Q: A clarinetist has performed my violin sonata without permission. Do I need to change the registration?

If your work is performed as a transcription by someone other than yourself, then you’d still be credited with the performance of the original version of the work. There is no need to update the registration unless you’ve created an official alternate instrumentation for one of the works that already appears in your catalog.

Q: I have added a movement to an existing work. How do I register the new material?

To add a movement to a work that already appears in your BMI catalog, please send an email to classical@bmi.com with the updated duration of the full work. Please do not register the new movement separately.

Q: I used text found on the Internet in my composition, but can’t find who wrote it. Can I register?

Q: The poet who wrote my text is deceased. Do I need permission to use her work? How do I get it?

Q: Can I register my ballet score?

You may register a suite from the ballet for concert presentation.

Q: Can I register my opera?

Yes. Although BMI doesn’t license theatrical or dramatic musical presentations, we do pay for radio broadcast of operas, operettas and musicals, as well as excerpts from dramatic works, and those presentations that are unstaged concert versions.

Q: I scored a film mostly with orchestral music. How should I register my work?

Music written in service to a film or television show is not registered as classical at BMI, regardless of instrumentation or how the music sounds. Please register your film cues and credits as non-classical by selecting “all other genres.”

Q: I self-publish all my works. How can I add my publishing company to my work registrations?

Q: I have a new instrumentation for a work I already registered. Must I register it as a separate work?

When the new instrumentation of an existing work has the same title and duration, please do not re-register it, but send an email with the details to classical@bmi.com.

Q: How should I register instrumental tracks (using orchestral instruments) that I wrote for an album?

Works that are going straight to recorded release without live concert premieres are not registered as classical. Please register instrumental CD tracks as non-classical by selecting “all other genres” at the beginning of the registration process.

Q: I arranged a public domain classical work. How should it be registered?

Arrangements are not eligible for the live classical distribution at BMI. Please register all arrangements as non-classical by selecting “all other genres” at the beginning of the registration process.

Before joining BMI in 2010, Deirdre Chadwick was a classical oboist, performing extensively in the U.S. and Canada with such ensembles as the Montreal Symphony, the American Symphony Orchestra, the Richmond and Harrisburg Symphonies, the National Arts Centre Orchestra, the Canadian Opera Company, and the Indianapolis Chamber Orchestra, where she served as principal oboe for seven years. She is also a founding member of Trio Encantar and has performed widely as a chamber musician. A dedicated teacher, Deirdre served on the faculties of Dickinson College and Susquehanna University, as well as maintaining private teaching studios in oboe and recorder. She has also held numerous administrative positions in academic institutions and private industry. She holds two performance degrees and the Performer’s Certificate from the Eastman School of Music. Deirdre also serves as President of the BMI Foundation, a not-for-profit corporation dedicated to encouraging the creation, performance and study of music through awards, scholarships, internships, grants, and commissions.

Originally from Northern Virginia, Scott Bartucca joined the BMI Classical team in 2011 and is a classically trained oboist.  He recently completed his Doctor of Musical Arts degree from Stony Brook University, and has also earned performance degrees from Florida State University (BM) and the Juilliard School (MM).  As an oboist, Scott has freelanced and performed throughout NYC and beyond for several years, with highlights that include a recording project with Björk, performing and traveling with the first national tour of Little Women the Broadway Musical, and a solo recital at the Rose Studio at Lincoln Center.  He has performed with such ensembles as the symphony orchestras of Tallahassee, Key West and Pensacola, and under the batons of such esteemed conductors as James Conlon, Marin Alsop, Michael Stern, and James DePriest.  While still at FSU, Scott served a year as an associate member of the Civic Orchestra of Chicago and also had the pleasure of playing English horn on a recording of concertos by Ellen Taaffe Zwilich.  When not involved with music, Scott is an avid cook and marathon runner, having completed over 20 marathons to date.

Since February 2010, Chris McCormick has worked with classical composers and publishers at BMI. He oversees the orchestra and large presenter portions of BMI’s annual live concert distribution. Prior to BMI, Chris completed internships with Carl Fischer Music Publishing and Gretna Music where he focused on music licensing and copyrights, artist relations, concert promotion and box office management.  Hailing from the suburbs of Philadelphia, he holds a BA in Music Business from Millersville University of Pennsylvania. Chris was trained as a percussionist performing with the Wind Ensemble, Concert Band, Mallet Ensemble, Percussion Ensemble and the West African Drum and Dance Ensemble.  He started playing the drums in 1996 and enjoys playing world fusion music that incorporates progressive-rock with funk, afrobeat and Latin styles.  In his spare time he’s learning to play guitar, going to concerts and exploring his surrounding neighborhoods in Jersey City.

A native of Rockville, MD, Ed Israel joined BMI in their New York headquarters in January of 2013 as Classical Logging Coordinator. Prior to joining BMI, Ed completed several prestigious internships: first with contemporary classical ensemble Alarm Will Sound, then with the Music and Mentorship program at Philadelphia’s Intercultural Family Services, next at the Maryland-based Strathmore Music Center and finally at the Youth Orchestra of the Americas (YOA), which is headquartered in Arlington, VA. Notably, while working at the Music and Mentorship Program, Ed served as audio engineer during recording sessions between students and GRAMMY-nominated BMI songwriter, Amos Lee. Throughout his experiences, he has gained marketing, business development, and operational know-how, which serves his current role in BMI's classical department. Ed has a Master of Arts in Arts Management from American University and Bachelor of Arts in Composition from Dickinson College; he was the first student in the school’s history to compose music for commencement ceremonies with his: Fanfare for the Class of 2007.

Prior to joining BMI, Eimi Tanaka was a freelance teacher, music director, and composer in the New York City area. She began her jazz and improvisation studies during high school at the Mannes College of Music preparatory division in NYC, and later went on to pursue Jazz Piano performance and Music Business at Berklee College of Music, as well as Jazz Composition at NYU. She has performed in the Boston and NYC areas, in addition to Florence and Siena, Italy. As a composer, she has created original jazz trio music and scores for short films which have played in festivals in New York and abroad. Moreover, she has written production music for television shows on CBS and CW networks, as well as classical compositions which have been performed by various groups in NYC. She was a member of the Composers Collective, and is currently an executive member and composer for Pitches Brew, which promotes works by female composers 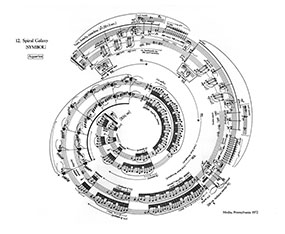