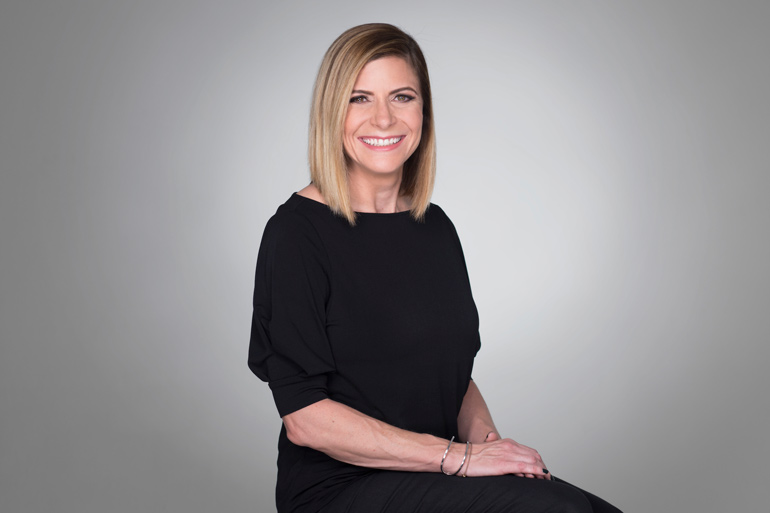 As Vice President, Creative, Los Angeles, Tracie Verlinde is responsible for overseeing the Pop, Rock and Indie team based in that office. She works closely with her team to discover and sign new songwriters, publishers and bands in those genres, while furthering educational programs, various songwriter showcases and opportunities to build their careers.

She was promoted to this position in 2017. Previously Verlinde was the Assistant Vice President, Creative, Los Angeles where she assisted BMI songwriters with creative and administrative needs and helped coordinate local, regional and national showcases, events and seminars to highlight and promote BMI’s talented roster of songwriters.

As a 20-year veteran at BMI, Verlinde has worked with Linkin Park, The Lumineers, Jack White, members of the Foo Fighters, Death Cab For Cutie/ Ben Gibbard, Macklemore and Ryan Lewis, All Time Low, Grizzly Bear and The Head and The Heart, among others.

She has also been responsible for developing and implementing industry showcases, panels and seminars including BMI’s “Pick of the Month,” the “Acoustic Lounge” showcase series, “BMI 101” and the launch of the LA version of BMI’s “Speed Dating for Songwriters” series, as well as the “Hear It Here First” in-office performance series. In addition, Verlinde assists with the producing of annual showcases at SXSW, and the BMI “Snowball” showcase at the Sundance Film Festival, as well as events at Musicfest NW and workshops in partnership with the Recording Academy.

Prior to BMI, Verlinde worked at Avalon Attractions in Los Angeles where she held the position of Concert Talent Buyer and produced up to 300 concerts for artists including Nirvana, Radiohead, Oasis and PJ Harvey. Verlinde also worked at TBA Media where she held the position of Director of Marketing, conceptualizing and executing creative marketing plans, radio contests, competitions and promotions for all club, theater, arena and stadium shows.

She holds a Bachelor of Fine Arts degree from the University of California, Riverside and a Master’s degree in Psychology as well as a certificate from the UCLA Anderson School of Business Women’s Leadership Institute. She currently serves as an Advisory Board Member for Music for Relief, founded by the band Linkin Park in 2005. She also serves as a member of the Recording Academy, AIMP and SHOF and previously served as a mentor for the Popular Music Program at USC Thornton School of Music.