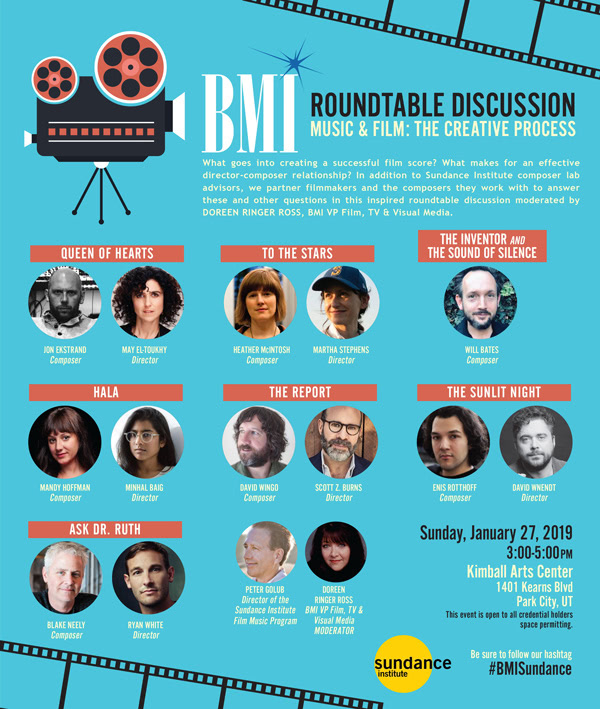 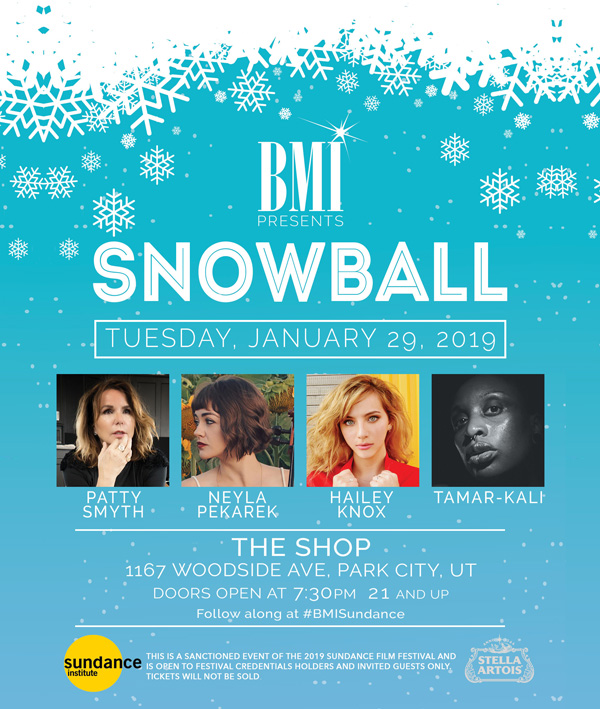 Follow us on social media during the festival by using #BMISundance. 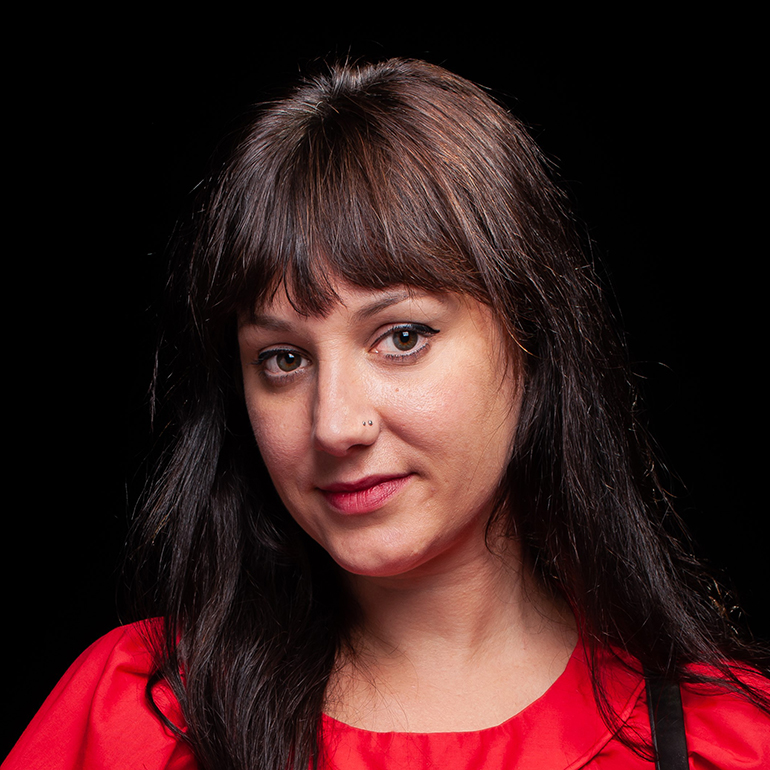 What’s the most important part of the relationship between a director and composer?
“Like any great relationship - trust, patience, and communication. A little love helps too.”
Mandy Hoffman, Composer Hala
Credits include: The Lovers, I Love Dick 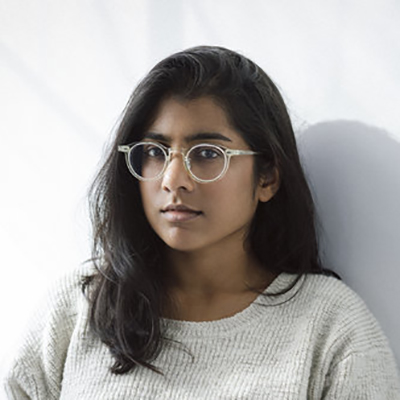 What do you look for in a composer?
“Someone who can find a way inside of the psychology of the characters and represent the story in a new light with sound.”
Minhal Baig, Director Hala
Credits include: Bojack Horseman, Untitled Ramy Youssef Project, Pretext, After Sophie 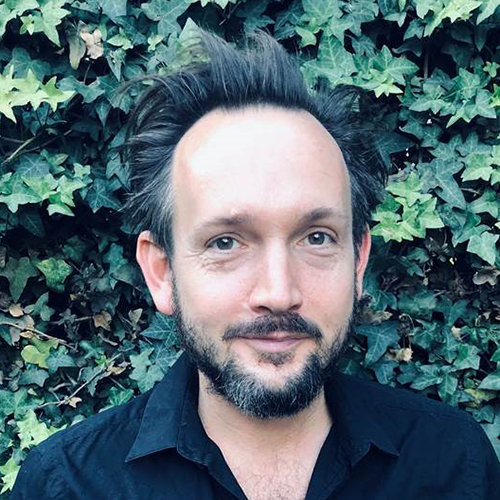 Will Bates, Composer The Inventor: Out For Blood In Silicon Valley and The Sound of Silence
Credits include: Another Earth, I Origins, We Steal Secrets: The Story of Wikileaks, Going Clear: Scientology, the Prison of Belief, 28 Hotel Rooms, Imperium, The Magicians, The Path, Chance, The Looming Tower, Sweetbitter, Nightflyers, Run With The Hunted 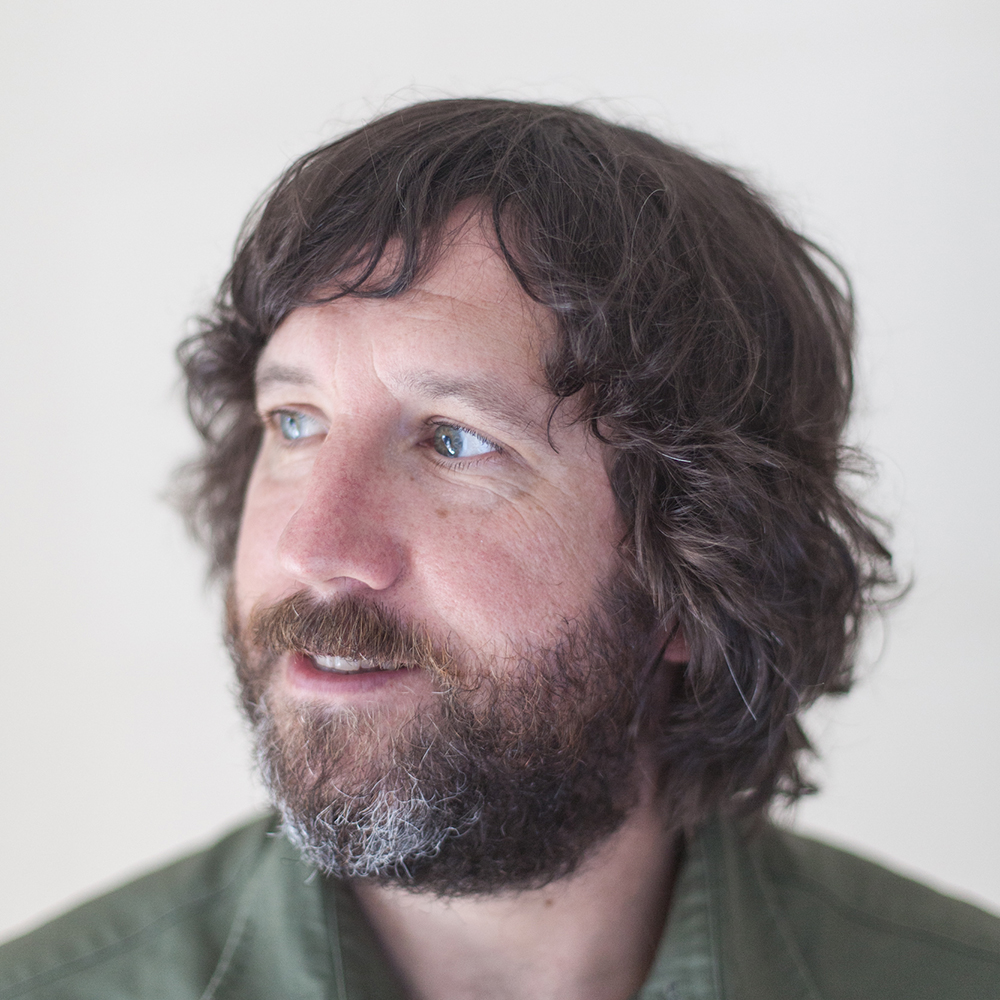 What are the most important skills a film composer must have?
“A constant sensitivity to all the nuances and emotions onscreen.”
David Wingo, Composer The Report
Credits include: George Washington, Prince Avalanche, Manglehorn, Take Shelter, Mud, Midnight Special, Loving, Kidding, Barry 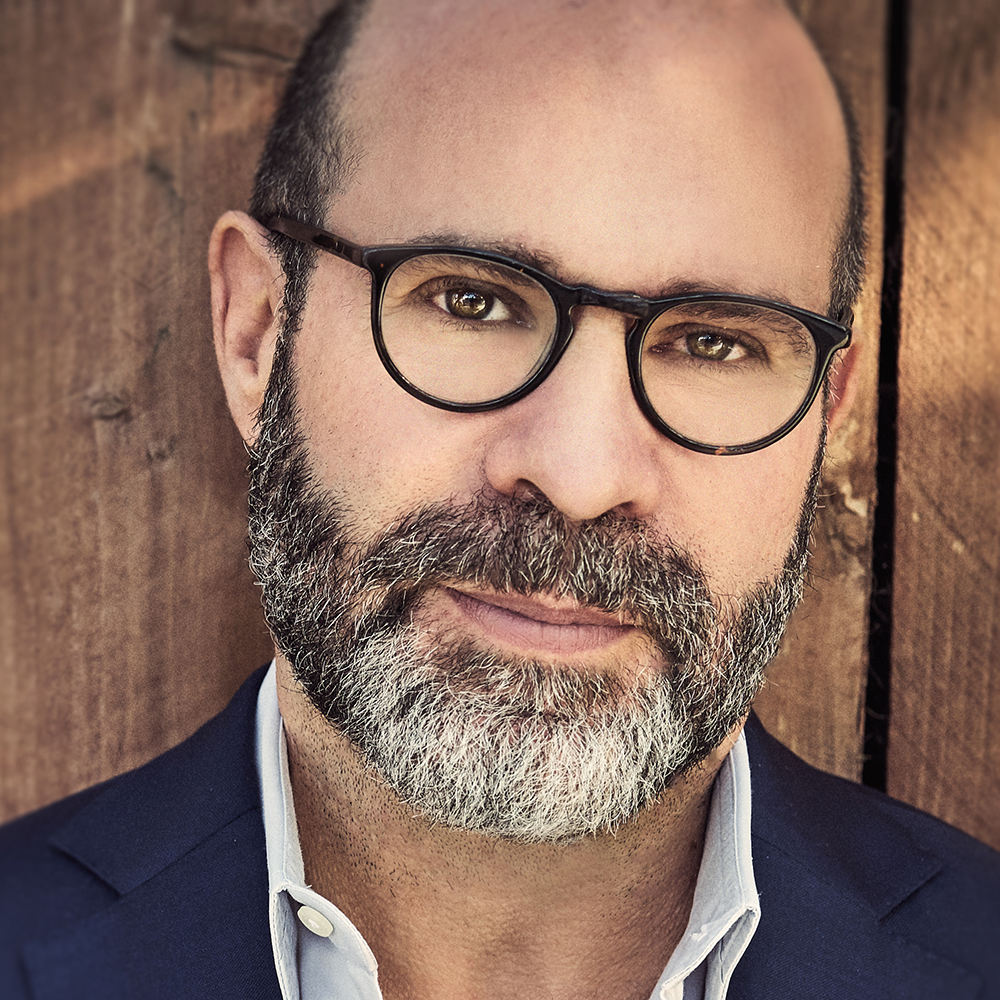 Scott Z. Burns, Director The Report
Credits include: An Inconvenient Truth, An Inconvenient Sequel, The Bourne Ultimatum, The Informant!, Contagion, Side Effects, The Laundromat Pu 239, The View From Here 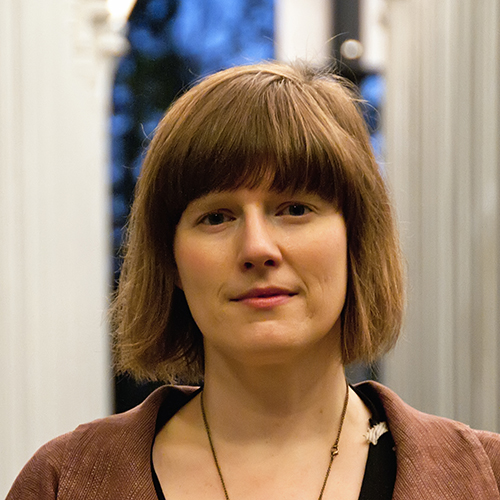 Heather McIntosh, Composer To The Stars
Credits include: One Dollar, What is Democracy? 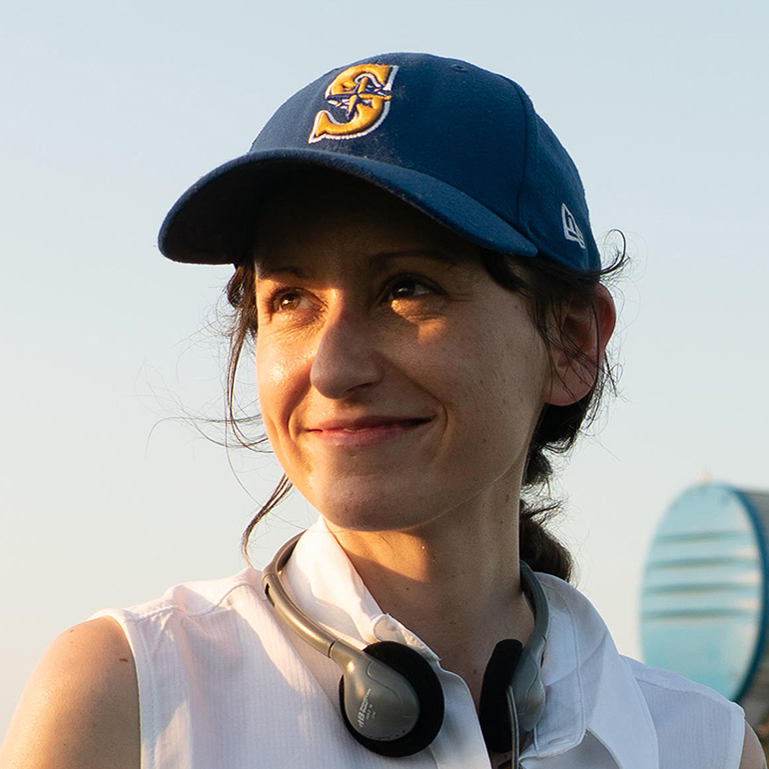 What do you look for in a composer?
“A person with inventiveness, empathy, and touch of whimsy.”
Martha Stephens, Director To The Stars
Credits include: Passenger Pigeons, Pilgrim Song, Land Ho! 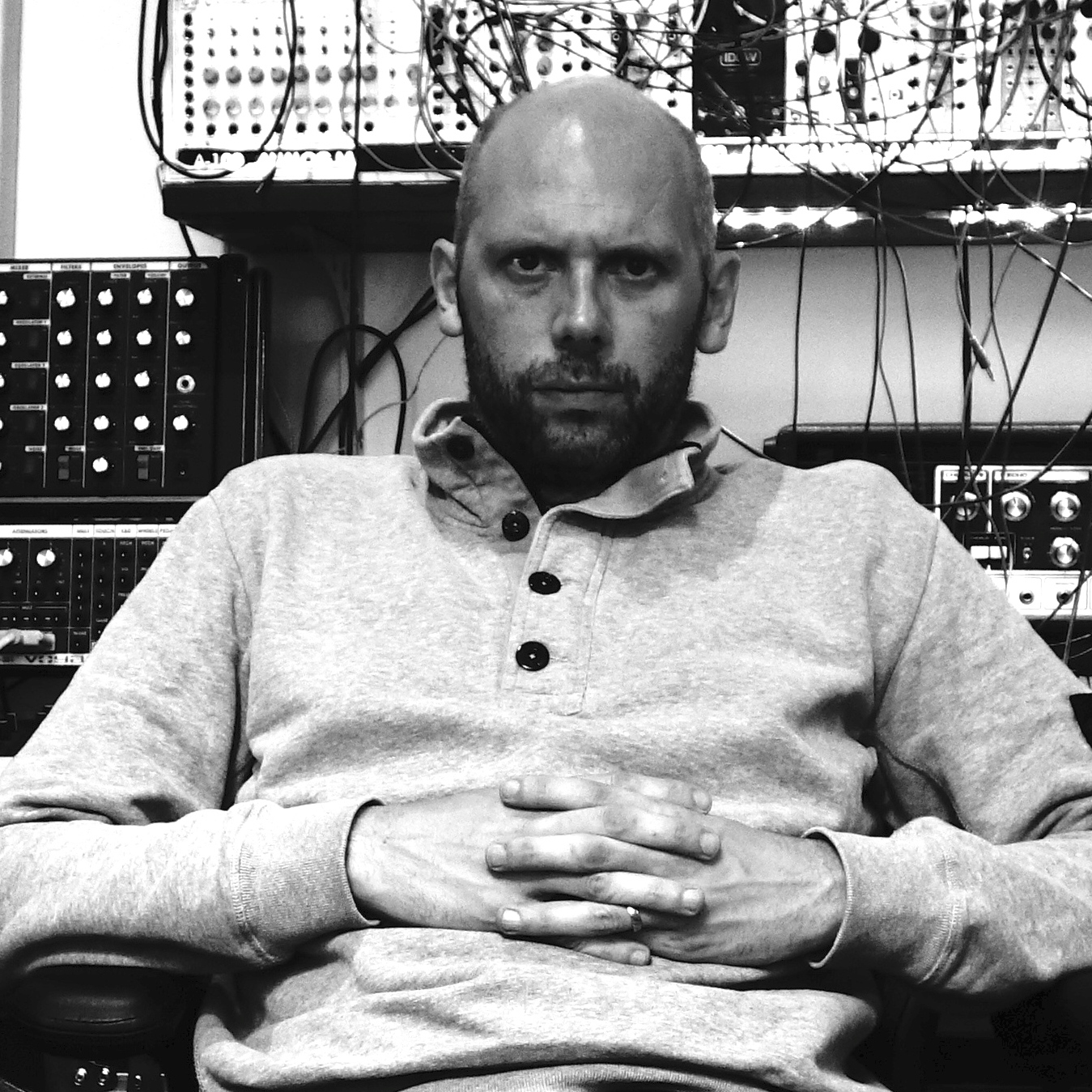 What’s the most important part of the relationship between a director and composer?
“That the communication and the vibe is there.”
Jon Ekstrand, Composer Queen of Hearts
Credits include: The Boxer, Snabba Cash (Easy Money), Child 44, Life 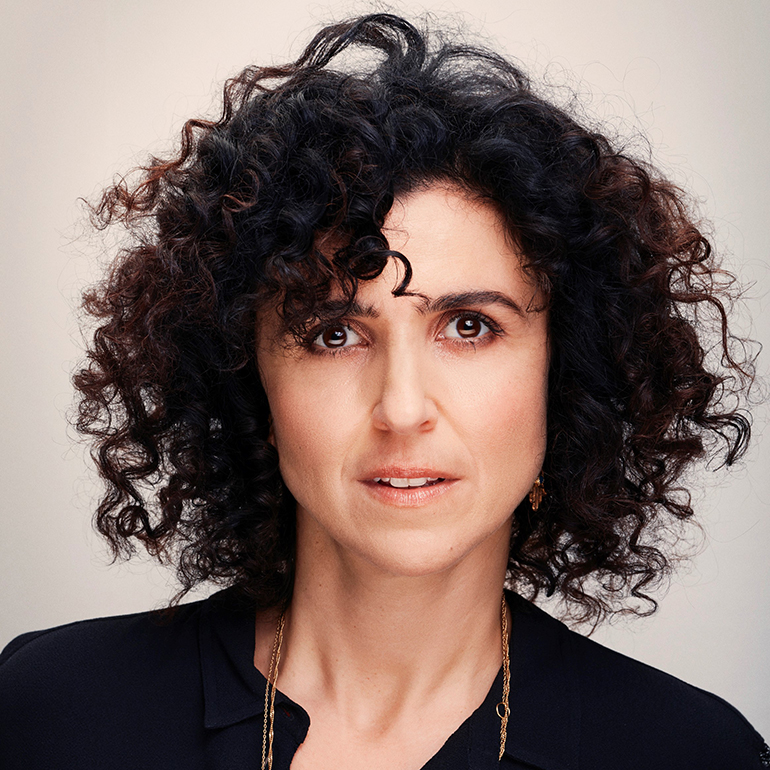 What do you look for in a composer?
“A vigorous and emotionally gifted storyteller.”
May el-Toukhy, Director Queen of Hearts
Credits include: The Legacy, Ride Upon the Storm 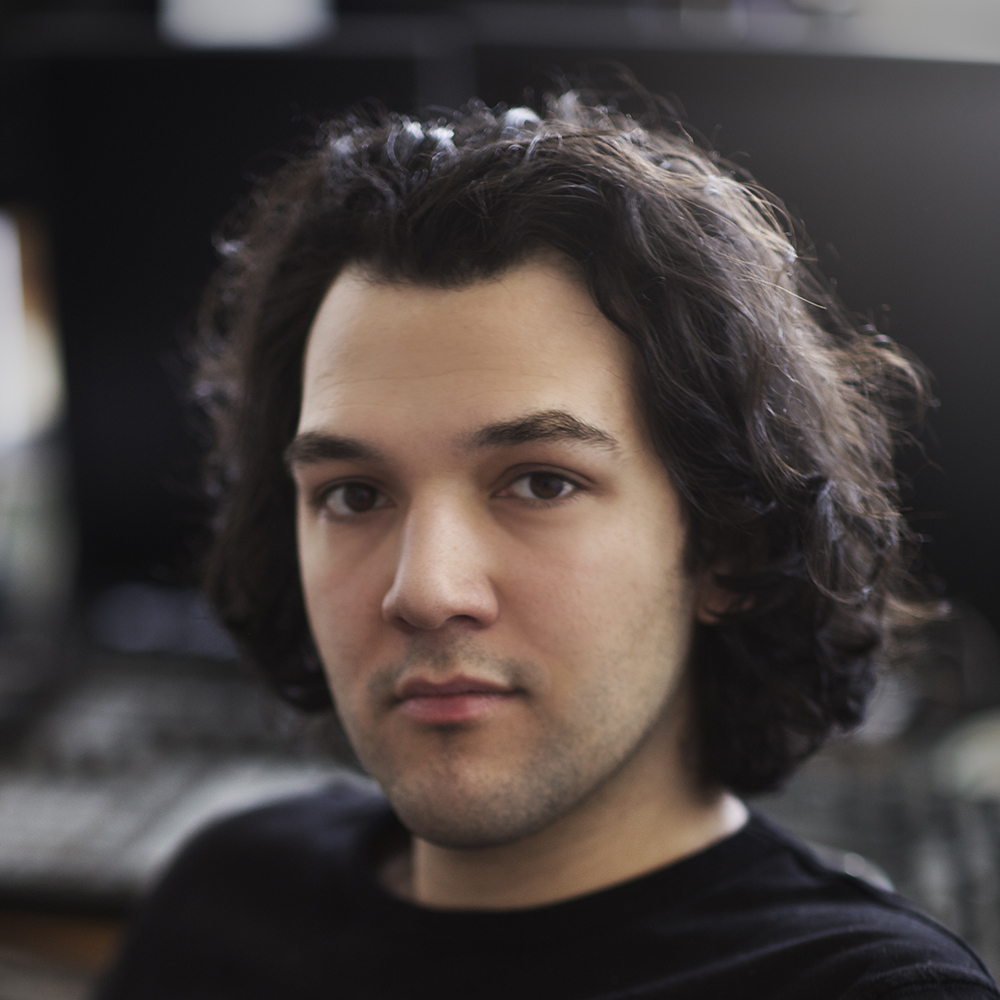 What are the key elements of a great film score?
“A musical vision that supports and transforms the picture.”
Enis Rotthoff, Composer The Sunlit Night
Credits include: Four Against the Bank, Look Who’s Back, Wetlands, Measuring the World, Silver Tongues, Free Willy - Escape from Pirates Cove, The White Orchid, The Price Stereo 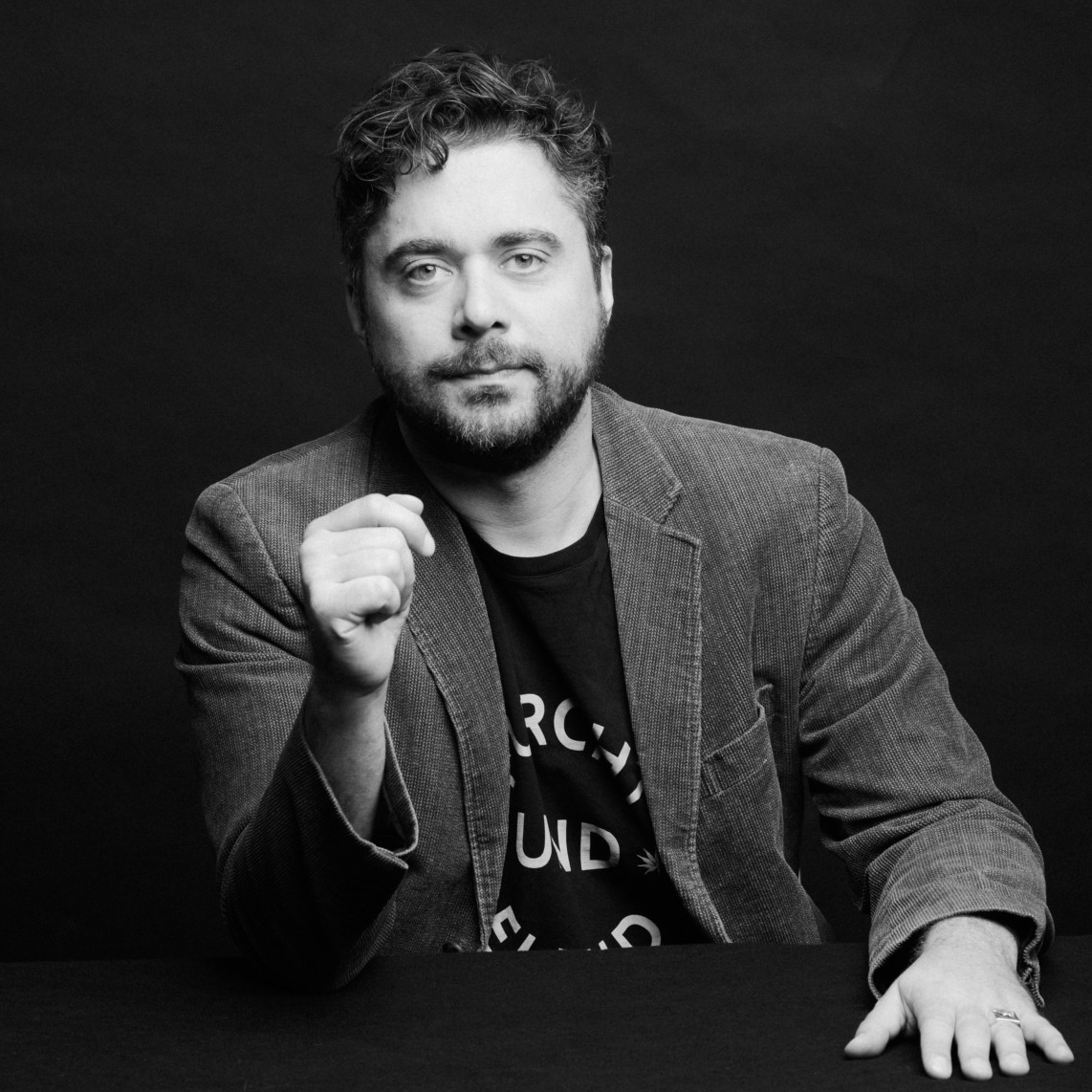 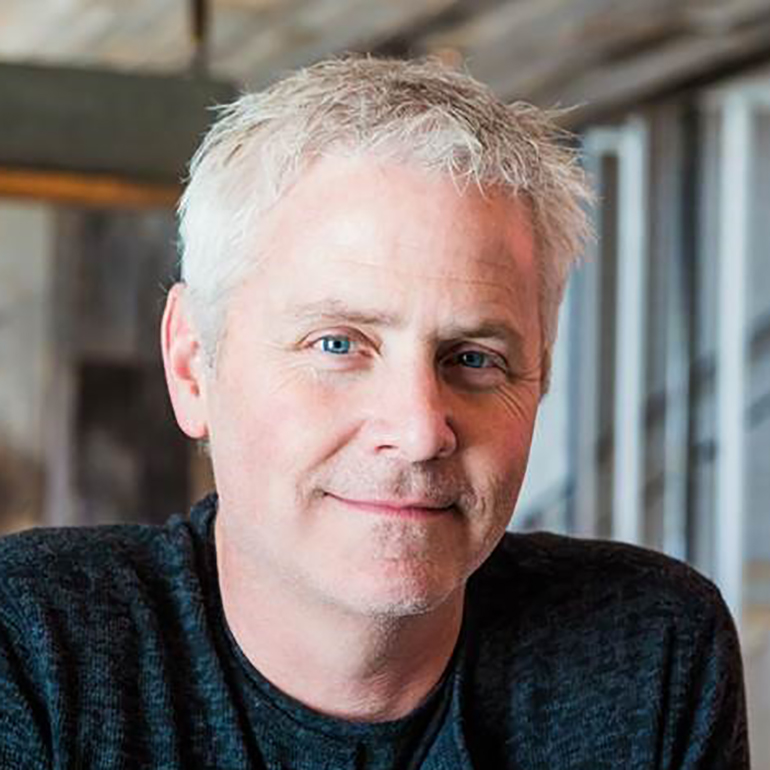 What are the key elements of a great film score?
“To me, it’s always been finding the exact right tone for the subject matter. If it’s a documentary, it’s paramount to capture the person as the world would see them but also as you would hope they see themselves.”
Blake Neely, Composer Ask Dr. Ruth
Credits include: The Case Against 8, Serena, The Keepers 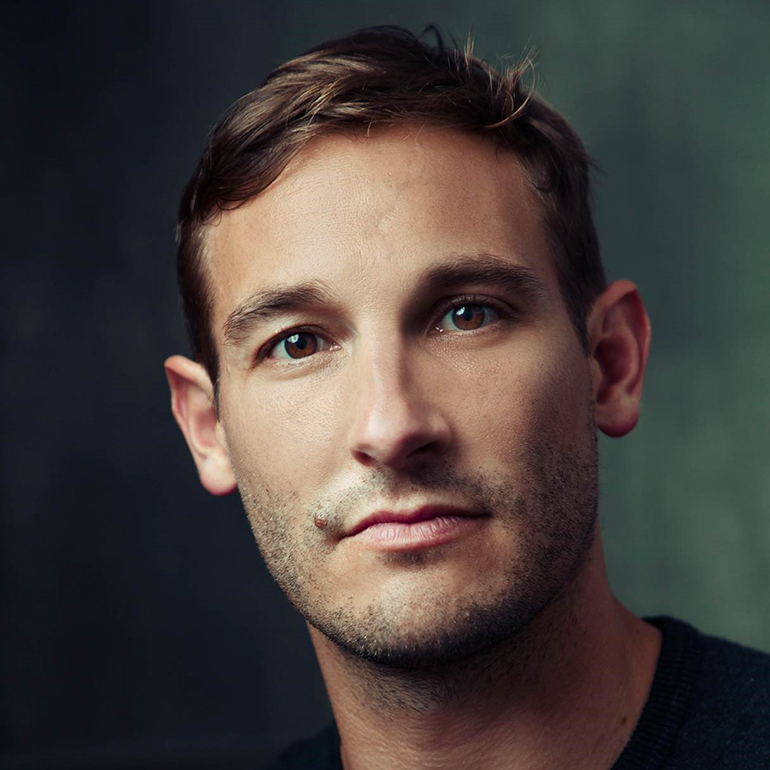 What do you look for in a composer?
“Talent — and someone I want to spend an absurd amount of time with.”
Ryan White, Director Ask Dr. Ruth
Credits include: The Keepers, The Case Against 8, Serena, Good Ol’ Freda, Pelada 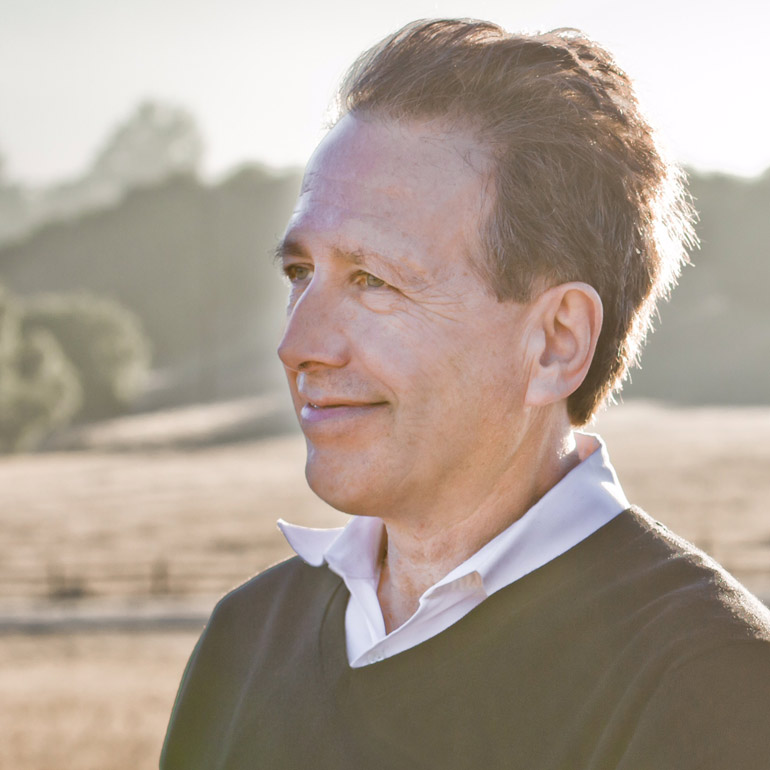 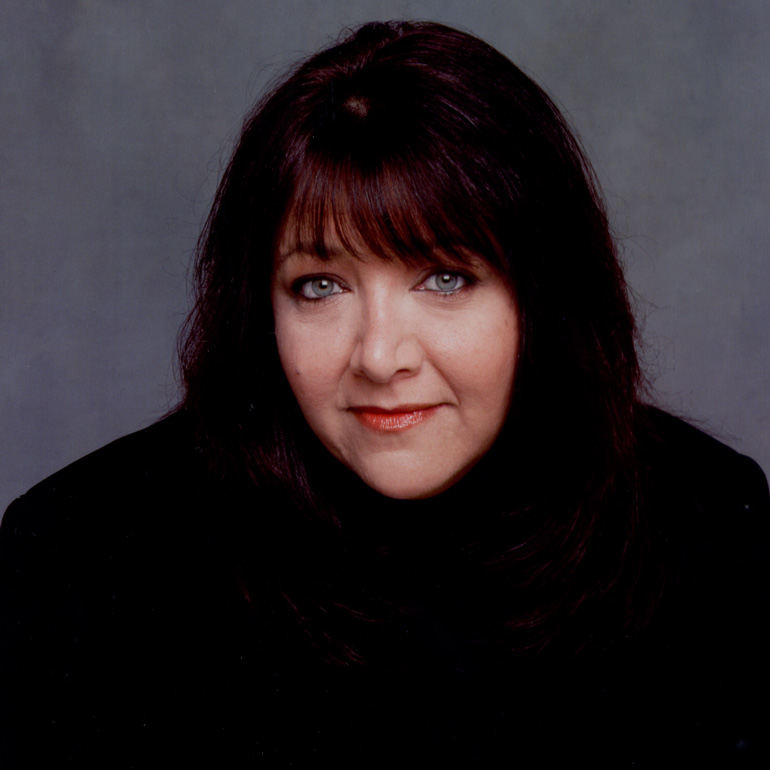 With an amazing all-female lineup, the Snowball showcase celebrated some of today’s best, brightest and most buzzworthy performers on Tuesday, January 29, at The Shop. 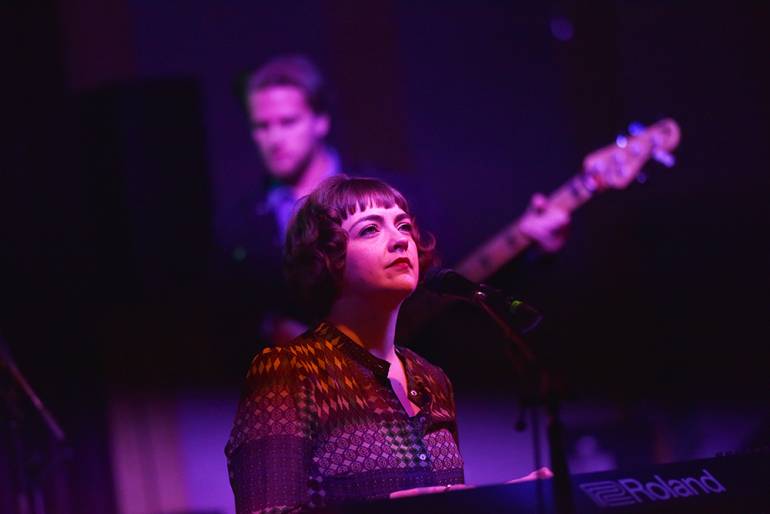 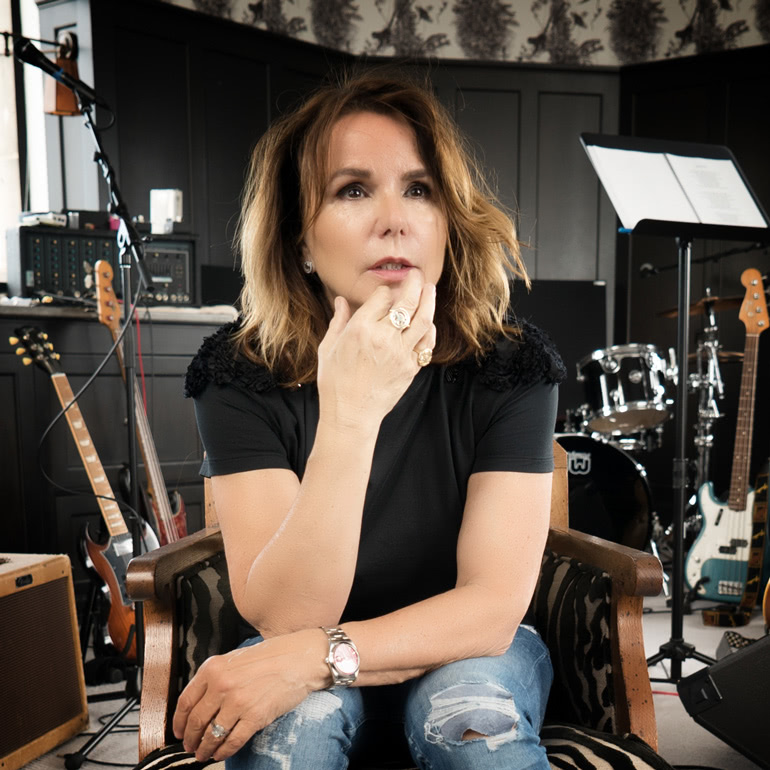 Patty Smyth is first and foremost a rock’n’roller. An Oscar, Golden Globe and GRAMMY-nominated Brooklyn-born mother of six with a formidable catalog of hits, Smyth’s passion for music took her a long way from her days waitressing and scrambling for gigs at age-old New York City venues like Folk City and Catch a Rising Star. Meeting up with equally hungry guitarist Zack Smith at the dawn of the 80’s led to the formation of Scandal, whose debut featuring the hit single “Goodbye to You,” went on to become the best-selling EP in Columbia Records history. From there, Smyth was off and running, scoring further hits with the band like “Love’s Got a Line on You” and the perennial title track to their 1984 LP, “The Warrior,” a single that earned platinum sales with more than a million in sales. After leaving Scandal and a brief flirtation with the idea of joining the heavy ranks of Van Halen (an offer she declined), Smyth released an eponymous solo album in 1992 that vaulted several singles into the higher reaches of the charts like “No Mistakes” and “Sometimes Love Just Ain’t Enough.” While taking time off to raise her family with husband John McEnroe, Smyth has remained musically active, releasing a holiday album in 2015 and reconvening for live dates with a new iteration of Scandal. 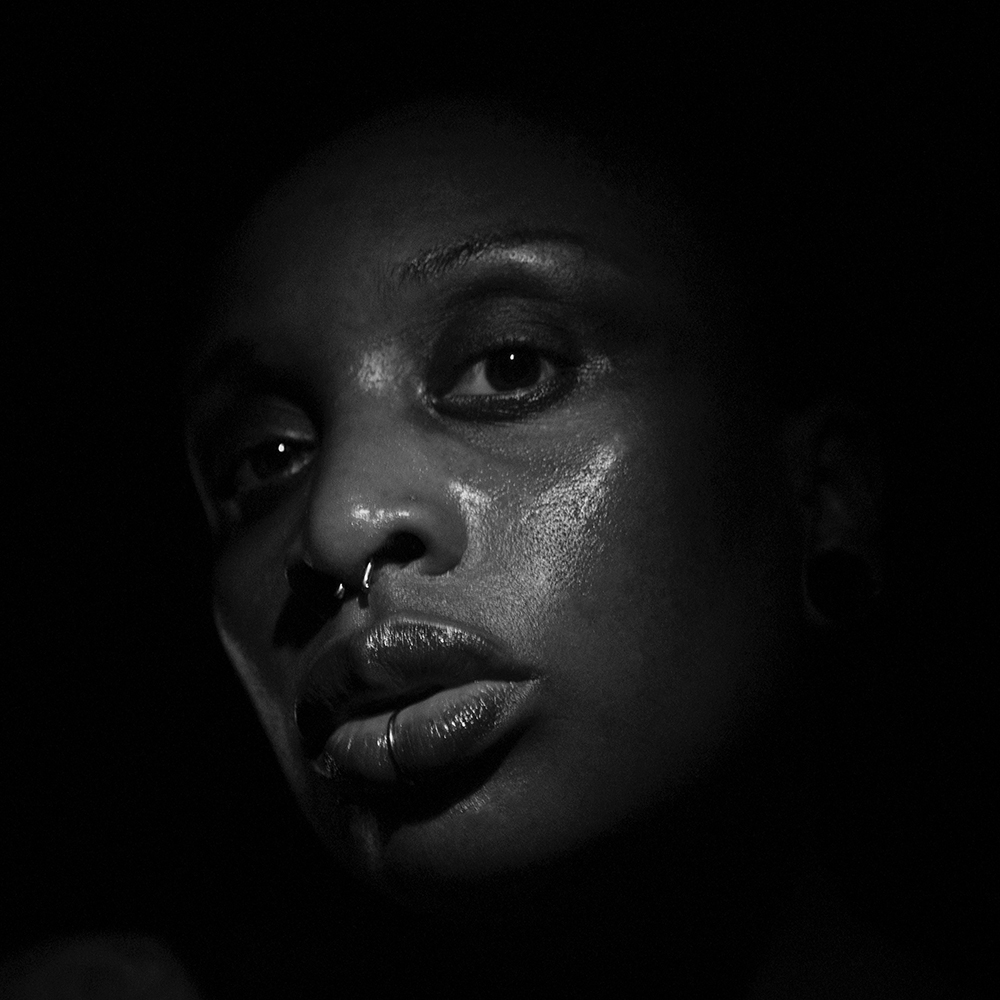 Brooklyn born and bred artist Tamar-kali speaks her lyrical truth with a supreme passion and a voice that will shake your foundation and shatter your expectations with its soulful intensity. As a songwriter, she has defied boundaries to craft her own unique alternative sound. Her debut LP, Black Bottom, challenged the alt-rock norm, cited by Sonic Scoop as “an ambitious new adventure into metal, classical, and progressive styles.” Her debut as an acclaimed film composer in Dee Rees’ Oscar-nominated film Mudbound was no less impressive. Her sophomore film score,Come Sunday, starring Chiwetel Ejiofor and Martin Sheen, debuted at last year’s Sundance. Her current projects include, Demon Fruit Blues, a theatrical concert work in development slated to debut at the Museum of Contemporary Art Chicago in Spring 2020, and the completion of her upcoming release My Morning Cameo, an EP featuring a collection of eclectic torch songs. 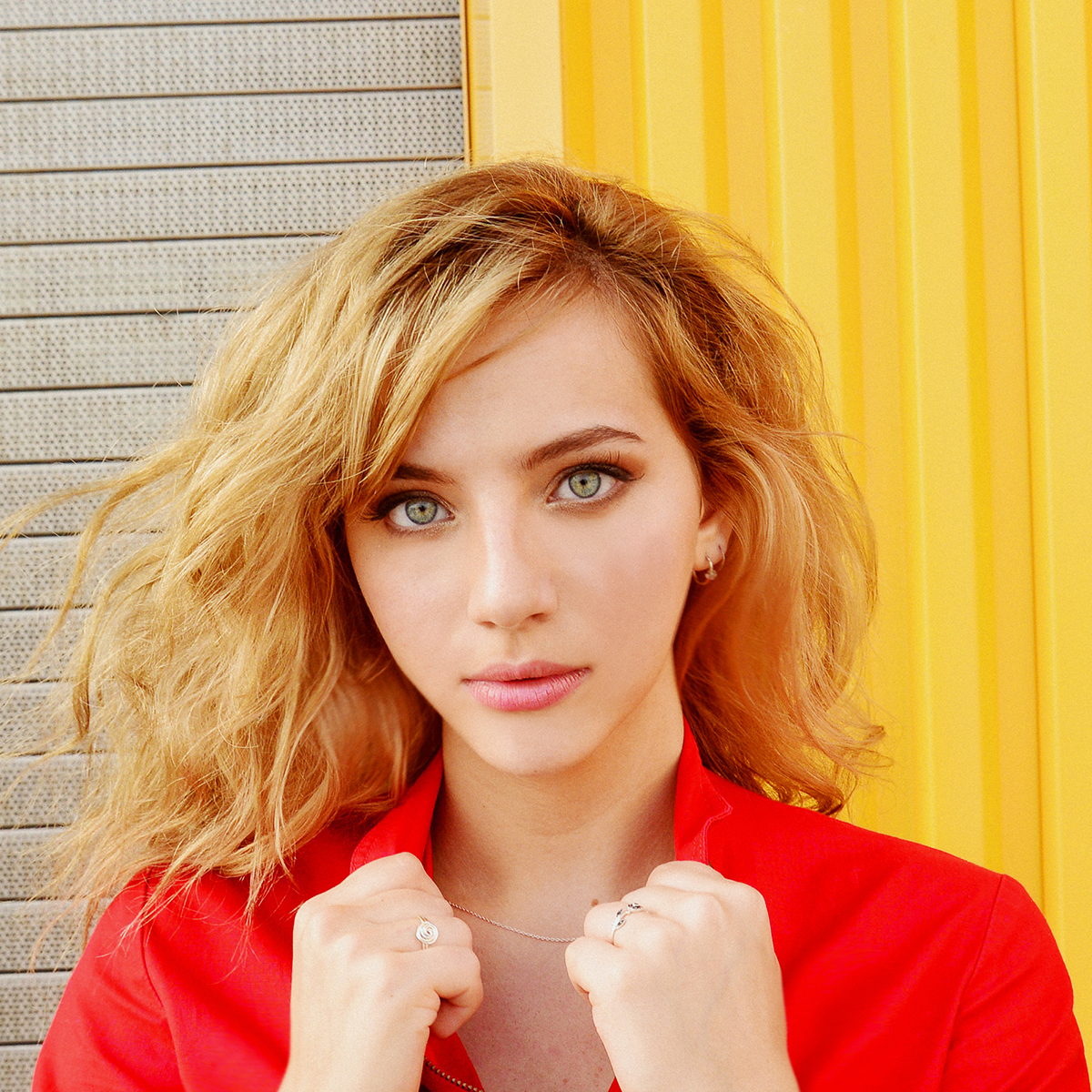 From her humble beginnings as a teenaged YouTuber, performing covers from her home in upstate New York, Hailey Knox immediately turned heads via the distinctive lilt of her soulful voice. In due course, those videos caught the attention of S-Curve records, who signed Knox in 2015, issuing her debut E.P.,A Little Awkward a year later. Augmented simply by a loop pedal and an acoustic guitar, Knox put that voice and her songwriting skills to work, crafting intimate Pop/R&B tracks that highlighted her soulful vocal style and vulnerability. While touring that EP, Knox shared stages with artists Charlie Puth, Ruth B. and AJR and made her festival debut at ACL 2018. Now 20 years old, Knox has completed her first LP, The Hardwired Mixtape, named for its multiplicity of styles. Produced again with Mike Mangini and Peter Zizzo, with assistance from songwriter Imani Coppola, the 11-track album amply demonstrates how Knox has matured as a singer/songwriter and performer. 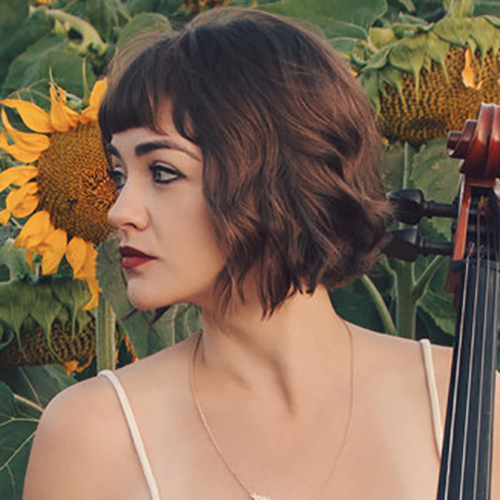 As a core member of the GRAMMY-nominated Lumineers, singer/songwriter/cellist Neyla Pekarek achieved global acclaim with the band and toured the world, hitting every continent except Antarctica. But in October of last year, after two albums, Pekarek, a cellist from the age of nine with a degree in Music Education from the University of Northern Colorado, felt it was time to make her own statement. She amicably left the Lumineers to embark on her career as a solo artist, issuing the single “Train” to whet appetites for her first full-length album, Rattlesnak, out this month. Fusing elements of acoustic indie rock, country and folk, Pekarek’s debut is a lovingly crafted concept album that tells the decidedly American story of Rattlesnake Kate Slaughterback, who Pekarek regards as a feminist icon.

More BMI Composers with Films to Catch at Sundance 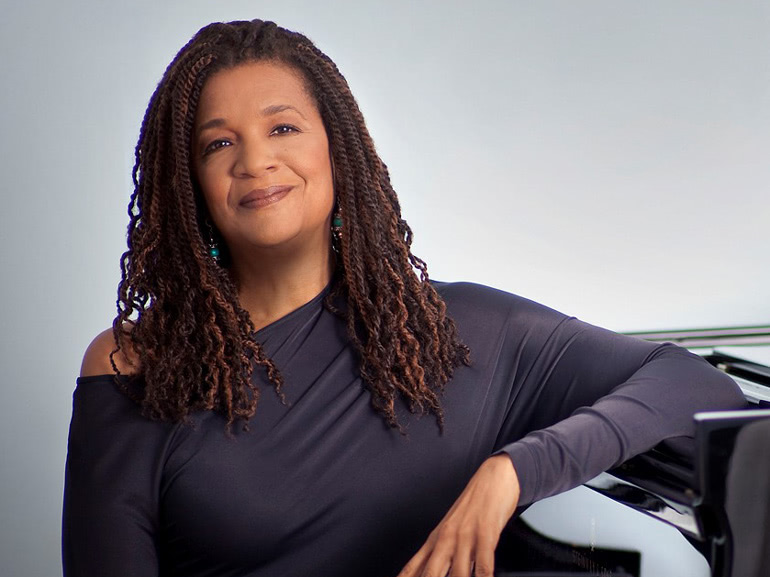 In Clemency, award-winning BMI composer Kathryn Bostic expertly transports film-goers into the psychological journey of a prison warden who develops an emotional connection to the death row inmate she is scheduled to execute. Bostic’s score is sparse and industrial and teams with vocal textures that reflect the dynamic challenges and the emptiness, void, and barrier that lead actress Alfre Woodard experiences as the prison warden.

By contrast, Bostic’s second film score, for the documentary Toni Morrison: The Pieces I Am, is an organic, earthy, and primordial score that is highlighted with strings and vocal textures to help tell the groundbreaking and compelling story of the renowned author, who fought to write for an African American audience, refused to be marginalized and eventually was awarded the Nobel Prize. 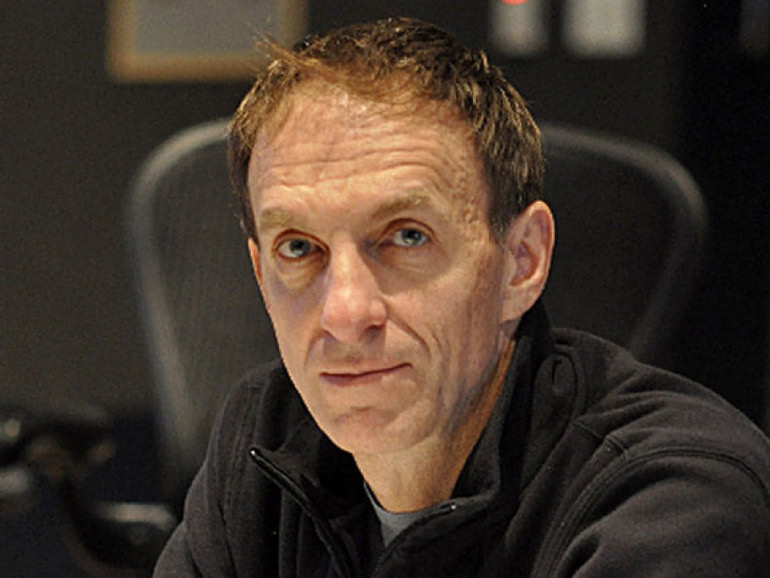 With his film music to the just released On the Basis of Sex and the premiere at this year’s Sundance of After the Wedding, Mychael Danna’s skill in taking strong characters and making them even stronger is undeniable. His music is as emotionally powerful as the stories he chooses to score, with every nuance accounted for and every high and low brought to their peak, making for a great audience experience. Don’t miss After the Wedding at the festival! 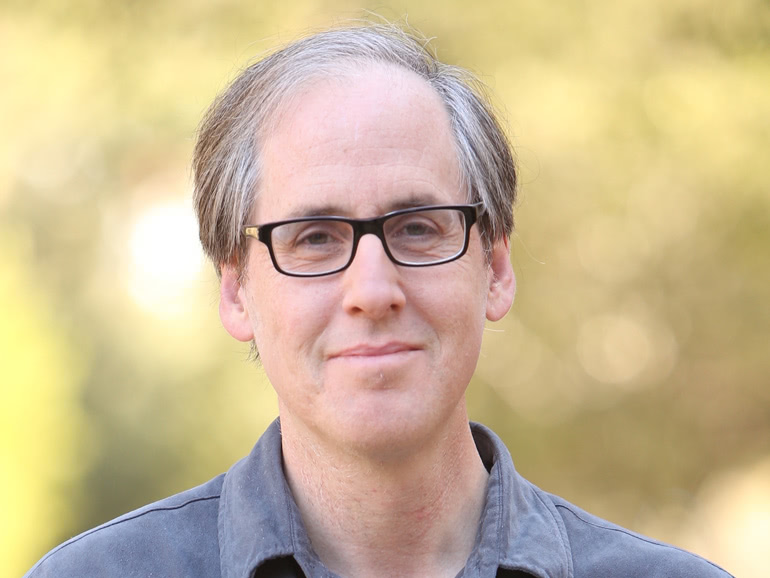 The Biggest Little Farm will simply capture your heart, and Jeff Beal’s music is as rich and full of dimension as the story itself. Prepare to be sonically captivated through the emotional wins and losses of filmmaker John Chester and his wife, who promise a better life for their unforgettable rescue dog and set out to find it. You’ll be glad you gave yourself over to both the perfectly-told music and story.

Both the Composer/Director Roundtable and Snowball embody BMI’s focus on supporting our composers and songwriters at every stage of their careers. We are so proud of our long-standing relationship with Sundance Institute to promote the value of music in film, and look forward to continuing that incredible rapport again this year. In addition to the talented composers participating in these events, BMI’s incomparable roster of renowned composers also includes John Williams, Alan Silvestri, Danny Elfman, Rachel Portman, David Newman, Thomas Newman, Harry Gregson-Williams, James Newton Howard, Mark Mothersbaugh, Justin Hurwitz, Laura Karpman and Alexandre Desplat, among others. 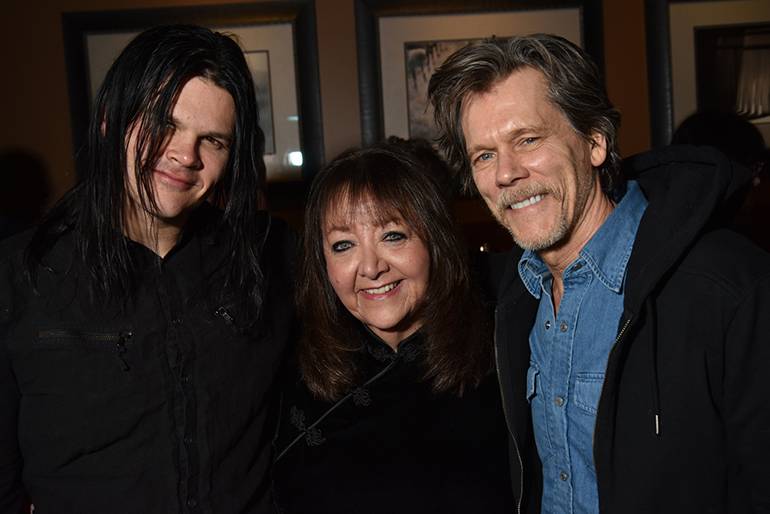