BMI was back at Sundance 2018! From our Composer/Director Roundtable to our Snowball stage, BMI was on the scene. Be part of our journey into the world of music in film!

In keeping with its long and distinguished history at the Sundance Festival, this BMI showcase celebrates the best, brightest and most buzzworthy music of today on Tuesday January 23rd at 8:00 p.m. at The Shop ( 1167 Woodside Ave ) 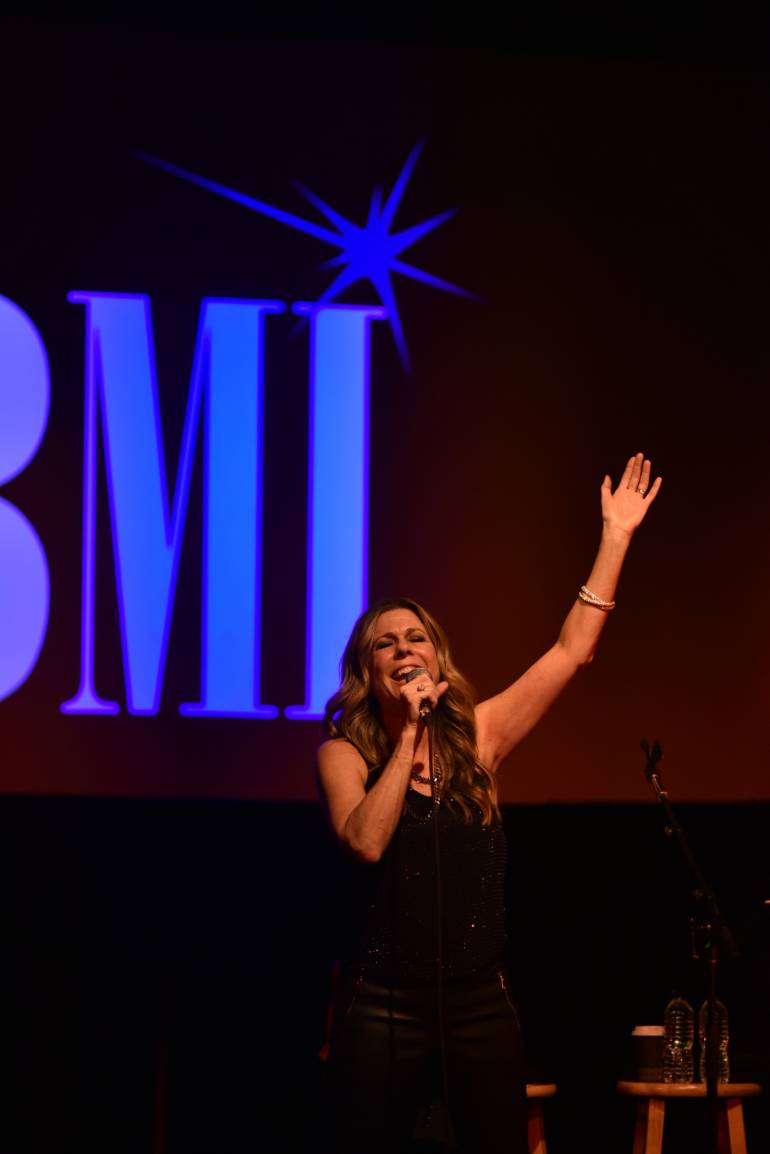 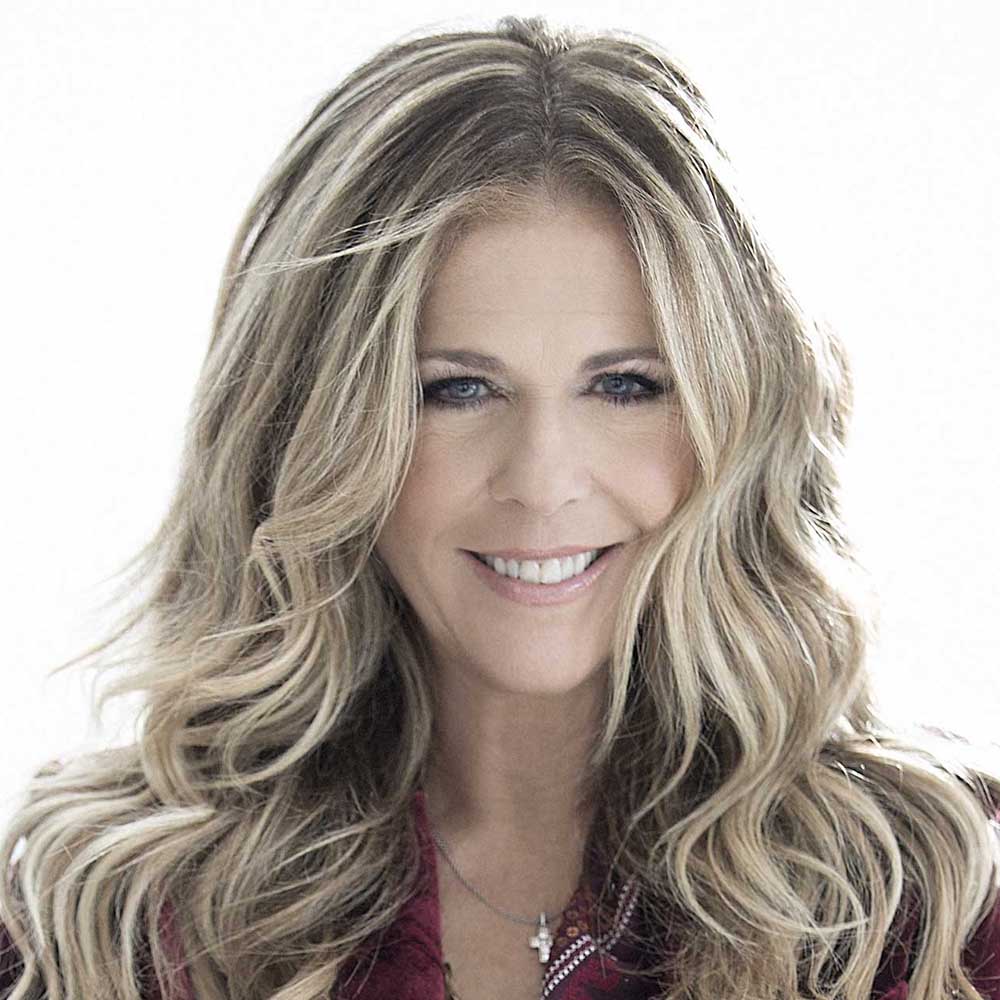 While renowned for her work on the screen in celebrated films and TV shows like It’s Complicated, Sleepless in Seattle, The Good Wife and Girls, and for producing hits such as My Big Fat Greek Wedding and Mamma Mia, Rita Wilson began an exciting new chapter in 2012, when she launched her music career with a debut album, AM/FM. While that record showcased Wilson’s vocal prowess on a selection of intimately reimagined pop classics, it was her eponymous second album from 2016 that introduced Wilson as a songwriter in her own right.

As a cathartic exploration of her own emotional insights and observations, Wilson’s songs define authenticity. As co-writer of each of the 15 songs, she displayed a comfort and candor in the medium, uninhibitedly displaying her vulnerability in tracks like “Crying, Crying,” “Forgiving Me Forgiving You” and “I’m Guilty.” Following two years of collaborating with some of the finest, award-winning pop and country writers and producers from Los Angeles and Nashville, Wilson celebrated the release of the album with a sold-out, two-week residency at New York City’s fabled Café Carlyle, a prestigious engagement that garnered a rapturous review from the New York Times. She has also toured across the country in her own right, and as an opener for rock legends, Chicago.

Having opened up this new, creative avenue for herself, Wilson is reveling in the medium. As a collaborator, songwriter, vocalist and engaging touring performer, Rita Wilson has discovered her muse and found her voice. We should expect lots of music from her to come. 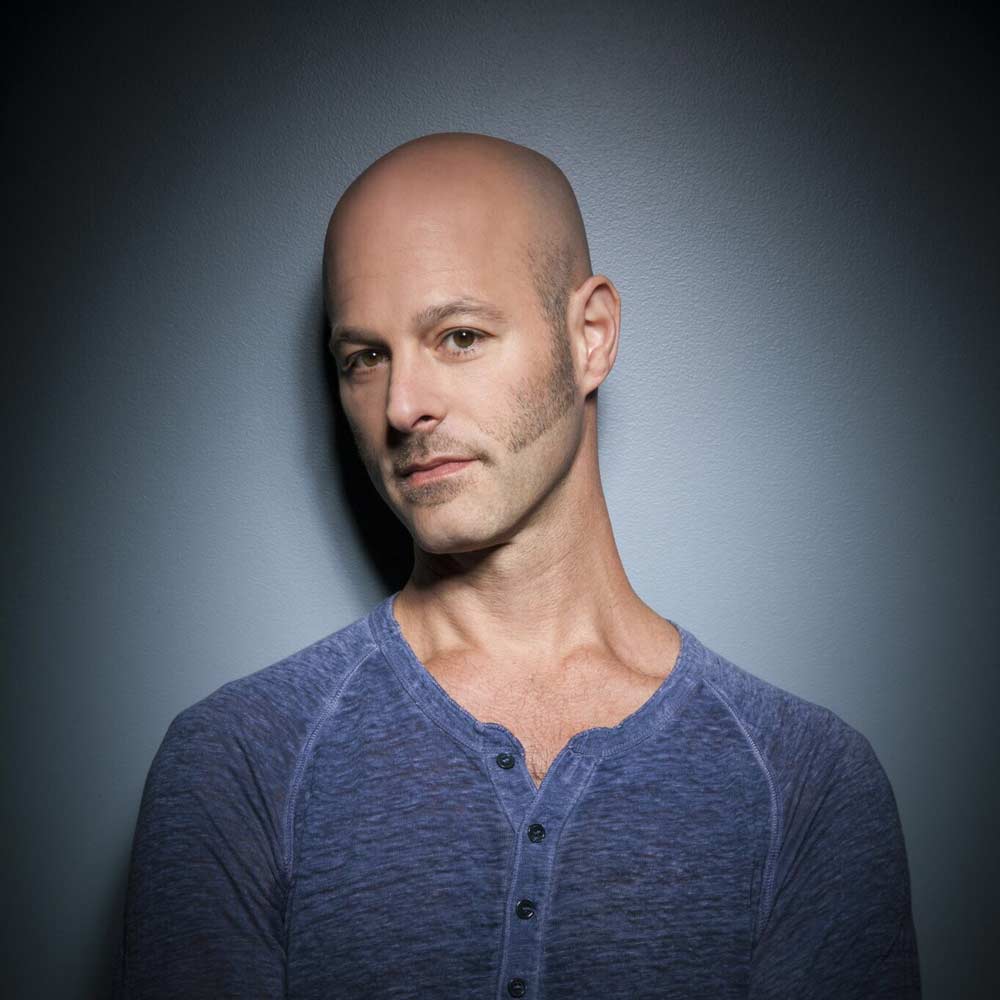 Known for a wide array of musical adventures, as both a solo artist and front man for historic Washington D.C. art-core band Shudder To Think, Craig Wedren has also created a name for himself in film and television, composing and writing songs for projects like Velvet Goldmine, The School of Rock, Reno 911!, By the People: The Election of Barack Obama, Afternoon Delight, How To Be a Latin Lover, the Wet Hot American Summer movie and TV Series, Fresh Off The Boat, GLOW and the upcoming National Lampoon biopic A Futile and Stupid Gesture. Craig’s new album and accompanying VR app, Adult Desire, are both out now. 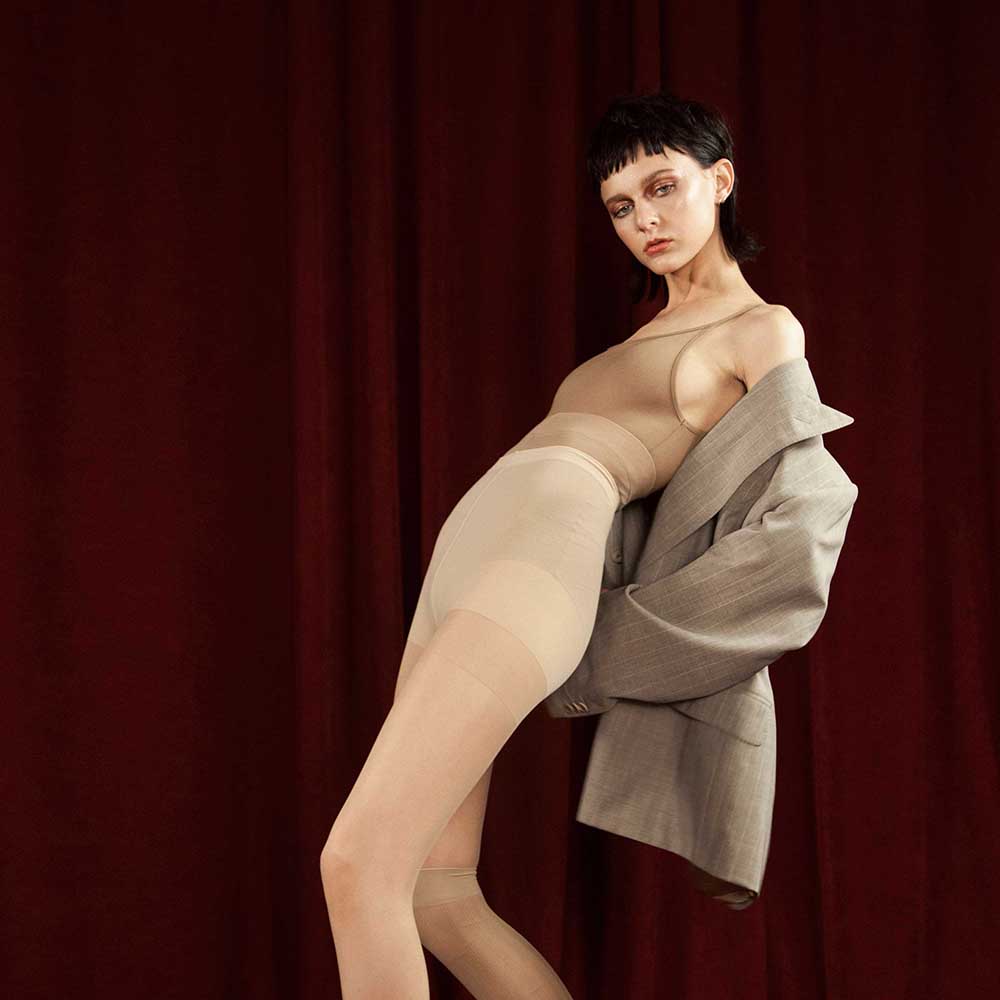 Morgan Saint emerged in 2017 from the North Shore of New York’s Long Island with an audacious vision and a distinctive sound. Striving to craft contemporary-sounding pop music that is simultaneously catchy and emotionally resonant, Saint’s so-called “mood pop” comes wrapped in colorful, euphoric choruses and immediate, irrepressible hooks, with narratives suited to an open-hearted, personal journal. Her debut EP, 17 Hero, is a bold, opening salvo from a burgeoning songwriter still just discovering the scope of her developing prowess. 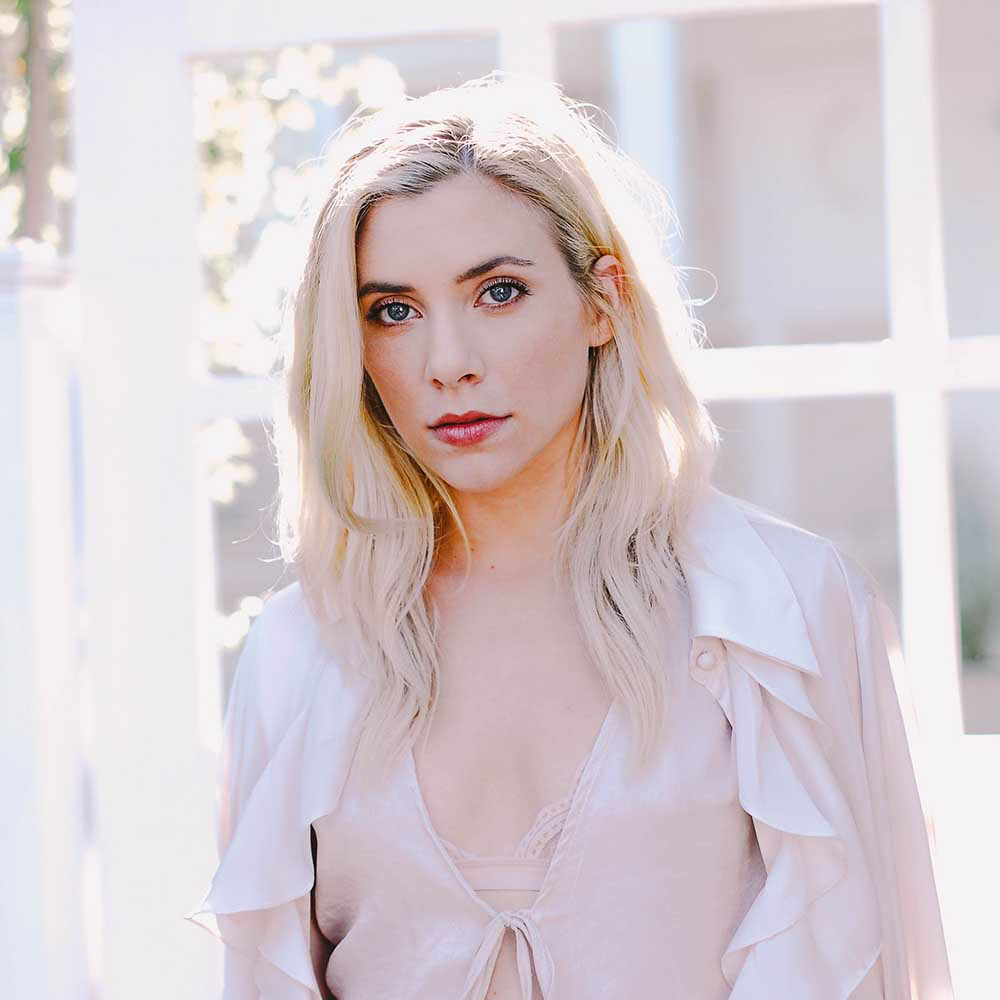 Georgia native Skyler Day wrote her first song at age 10 and started learning guitar at 14. Fast forward and she’s released two EPs and wrapped up a successful residency at the Hotel Café in LA. Day’s second EP, Los Angeles, was co-written with producer/songwriter Steve Solomon (known for hits like James Arthur’s “Say You Won’t Let Go”) and peaked at number 39 on iTunes. Day is known for her folk-meets-country roots, but Los Angeles has more of an experimental vibe, blending in modern sounds and merging subtle synths with her acoustic guitar. With a flair for pop and a penchant for experimentation, Day’s music is continuing to evolve. 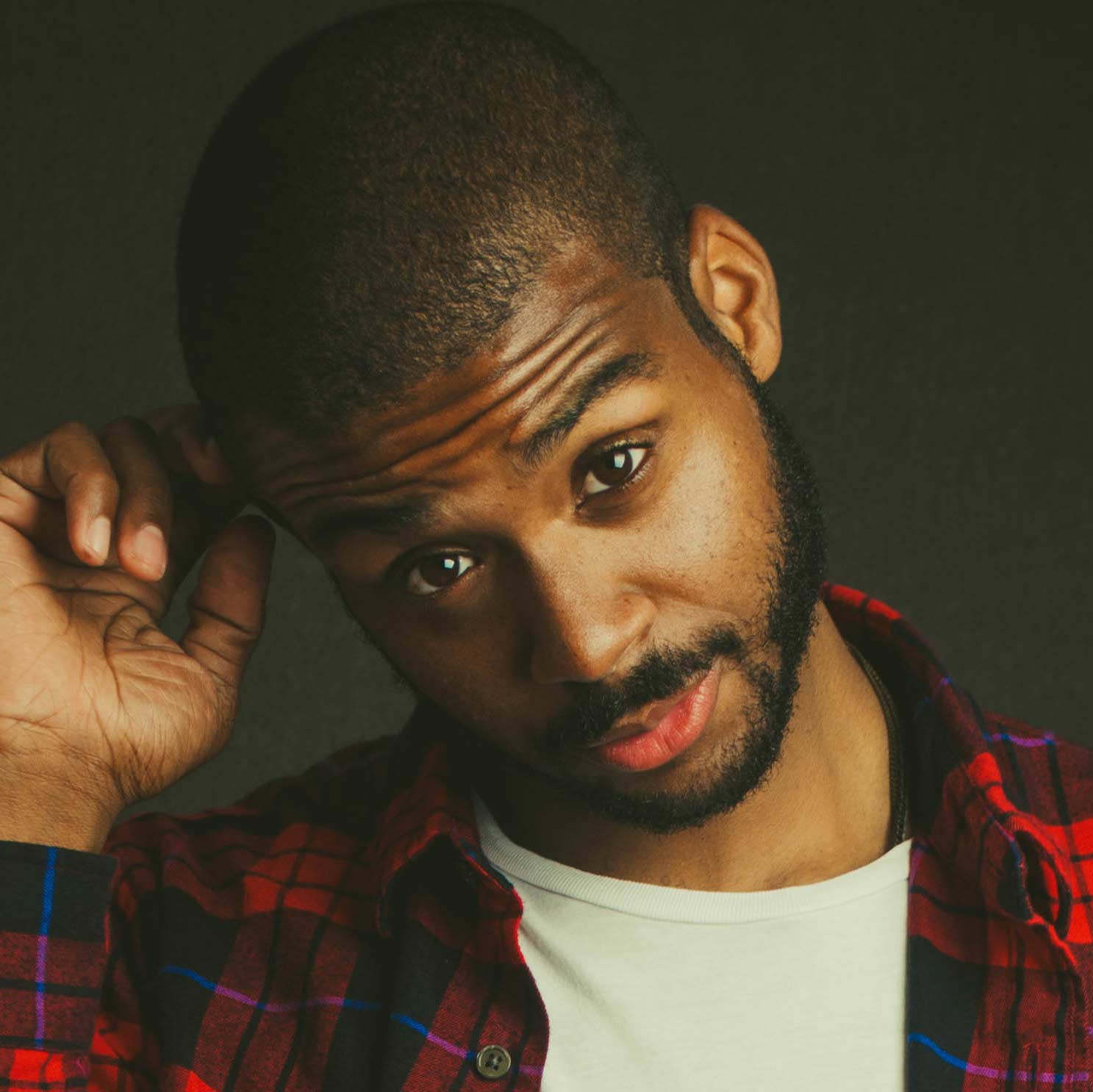 What most contributed to getting featured at Sundance:
“Portraying gray areas of a difficult, yet timely conversation.”
Kris Bowers, Composer Monsters and Men
Dear White People, The Snowy Day (Daytime Emmy), Elaine Stritch: Shoot Me, Seeds of Time, Play it Forward, Kobe Bryant’s Muse, I Am Giant: Victor Cruz, Little Boxe, Norman Lear: Just Another Version of You. 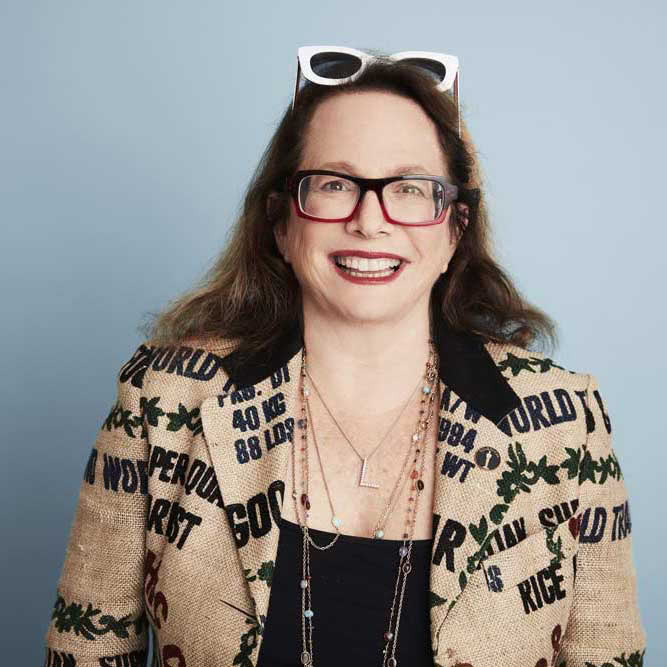 Best advice ever received:
“Sit at the table even if there isn't a chair.”
Laura Karpman, Composer Half the Picture and Inventing Tomorrow
Four-time Emmy winner and composer of the GRAMMY-winning Ask Your Mama, Underground, Step, Paris Can Wait, Black Nativity, Taken, Odyssey 5 and Masters of Science Fiction (several Emmy nominations). Element that most contributed to getting featured at Sundance:
“The honesty and intimacy our director brought to such a large issue.”
Sam Bisbee, Composer The Sentence
Producer of Oscar-winning film The New Tenants, founding partner of Park Pictures Feature. Songs featured on Damages, Private Practice, Victorious, Life Unexpected. Scored four films, numerous shorts, more than 20 commercials. 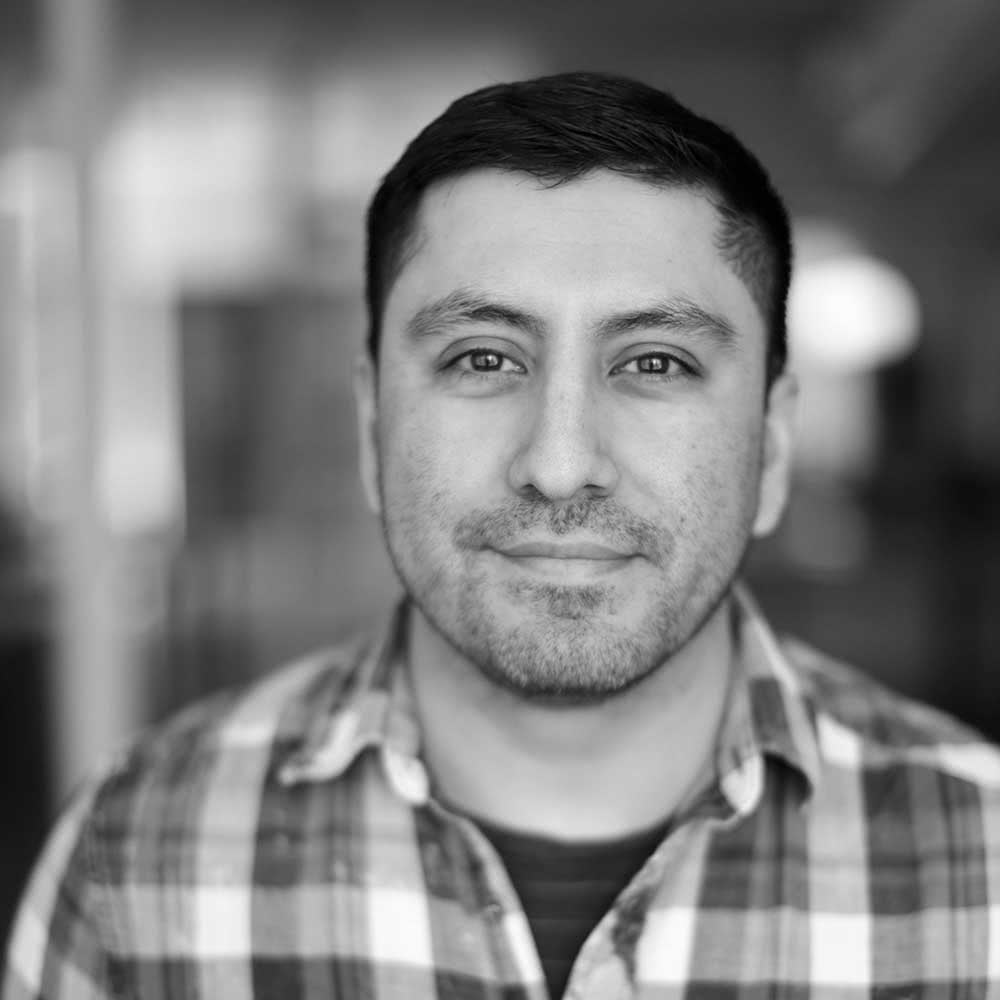 Top 2 things I look for in a composer:
“A collaborative spirit and the confidence to strip music to its bare bones.”
Rudy Valdez, Director The Sentence
Camera operator on the Peabody Award-winning Brick City, cinematographer for Sebastian Junger, Whoopi Goldberg, Geeta Gandbhir and Sam Pollard. Most important skills for an aspiring composer:
“Passion for the past, developing your voice and showing up every day.”
Jeff Beal, Composer Generation Wealth
Five-time Emmy-winner. TV credits include Rome, Carnivàle and House Of Cards. Documentary work includes Blackfish, Weiner, The Queen of Versailles, An Inconvenient Sequel: Truth to Power, and Boston. 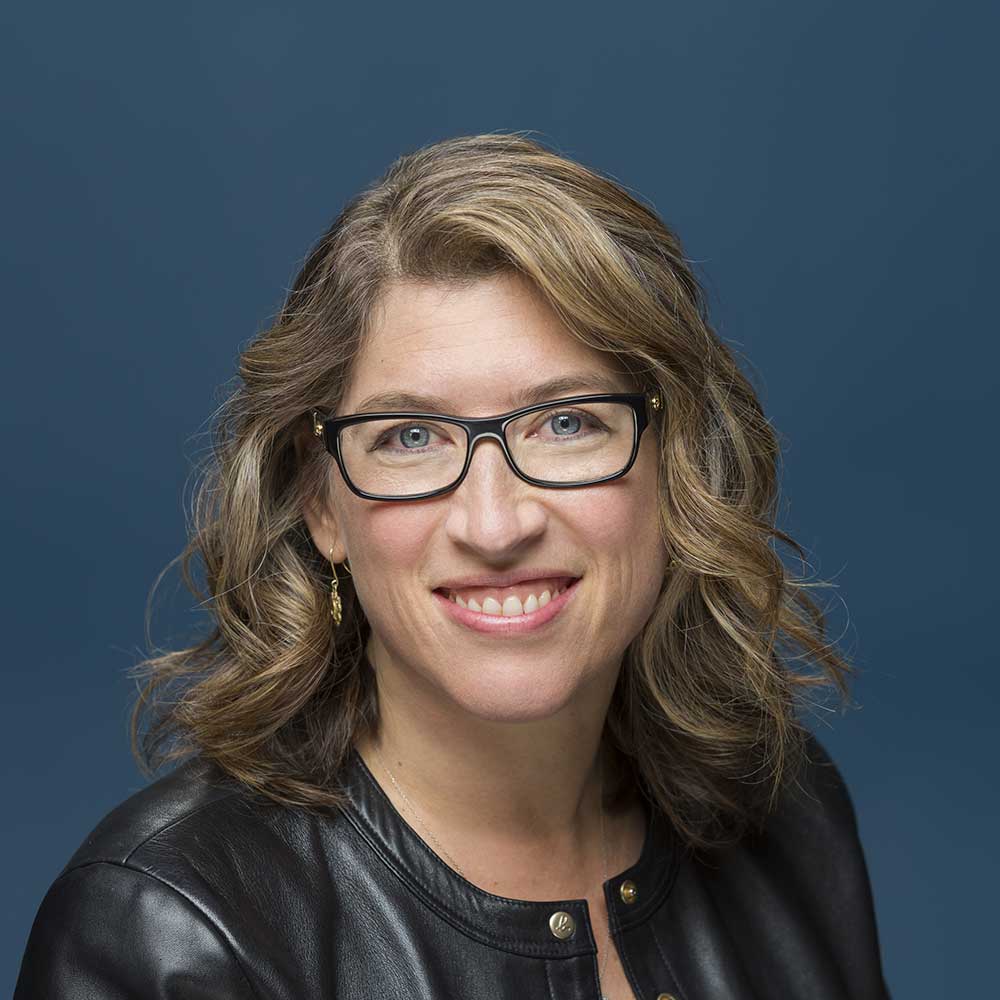 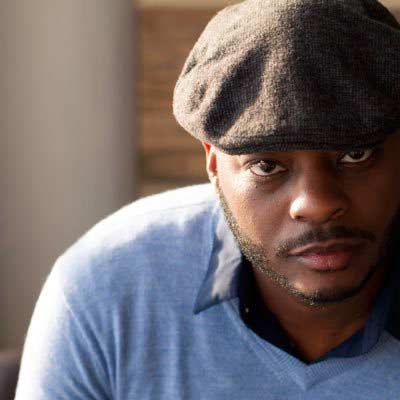 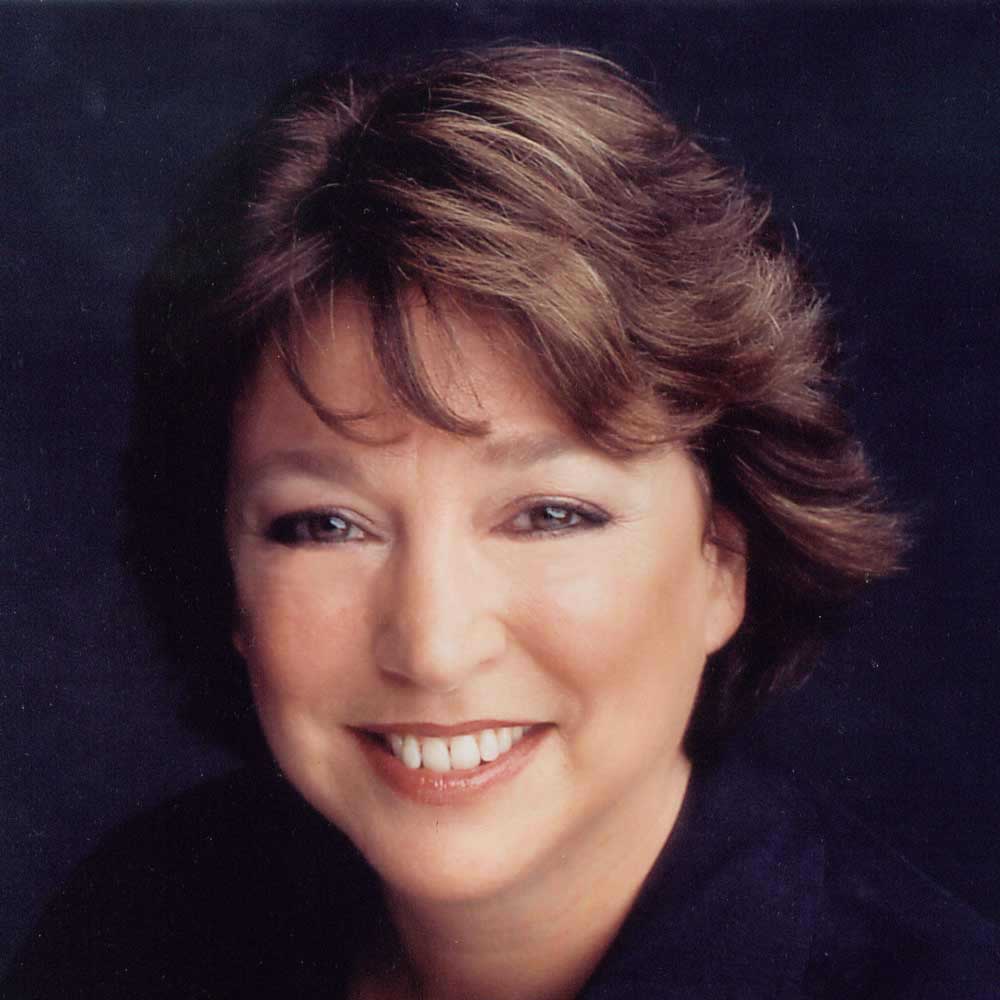 Paul Cantelon, Composer Jane Fonda in Five Acts
Everything is Illuminated, The Diving Bell and the Butterfly, The Other Boleyn Girl, Oliver Stone's W, New York, I Love You, and Tony Goldwyn's Conviction.

Best advice ever received:
“Make clear, concise decisions; you can always change them later.”
Craig Wedren, Composer A Futile and Stupid Gesture
Velvet Goldmine, The School of Rock, Reno 911!, By the People: The Election of Barack Obama, Afternoon Delight, How To Be a Latin Lover, the Wet Hot American Summer movie and TV series, Fresh Off The Boat, GLOW. 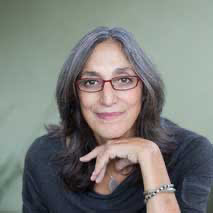 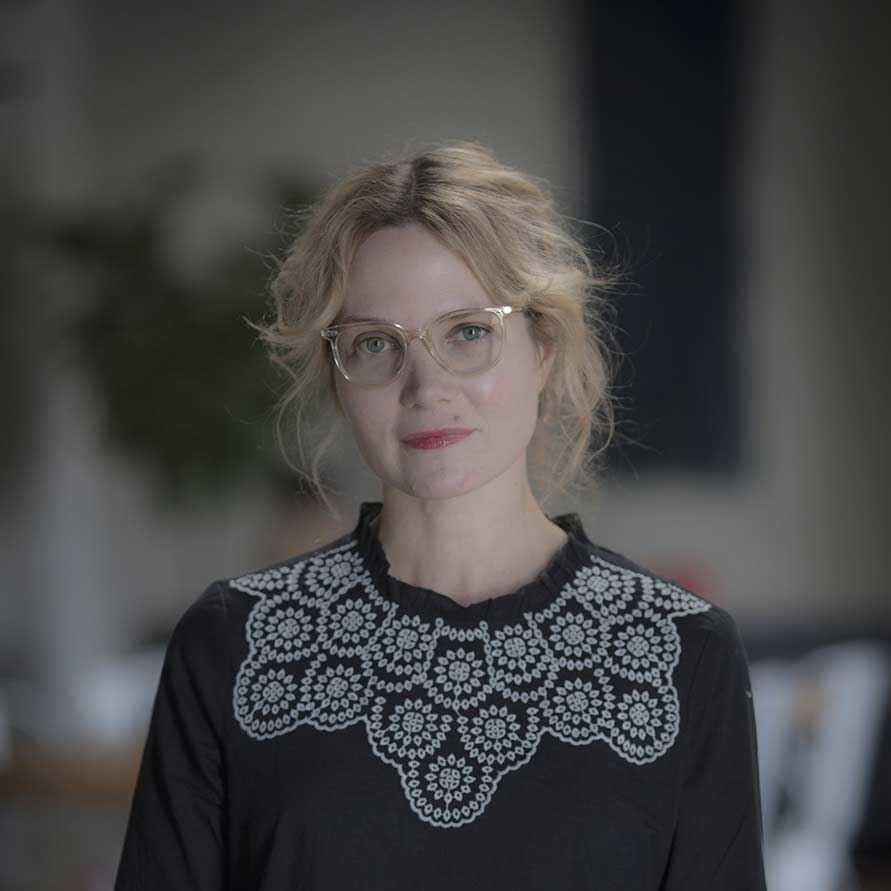 Best tip for building relationships in the industry:
“Finish on time. Don't be a jerk. Strive to make art!”
Heather McIntosh, Composer Hal
One of four women on Academy Awards shortlist for Best Original Score in 2013 (Compliance) and 2015 (Z for Zachariah). Both the Composer/Director Roundtable and Snowball showcase are prime examples of BMI’s mission to nurture and maintain relationships with emerging and established composers during every phase of their career. Proud of our long-standing relationship with Sundance Institute to promote their shared value of music in film, BMI’s Film/TV and Visual Media Relations department continues these efforts with burgeoning composers as well as an impressive roster of renowned composers that includes John Williams, Alan Silvestri, Danny Elfman, Rachel Portman, David Newman, Thomas Newman, Harry Gregson-Williams, James Newton Howard, Mark Mothersbaugh, Mychael Danna, Justin Hurwitz, Laura Karpman and Alexandre Desplat, to name a few.