Music industry pioneer Frances Williams Preston died peacefully of congestive heart failure on Wednesday, June 13 at her home in Nashville. Preston served as President and CEO of BMI from 1986 until 2004.

A commanding executive gifted with a peerless combination of business savvy and steadying grace, Preston had a great influence on many facets of the music industry. The Nashville native nurtured the careers of thousands of songwriters, performers and publishers in all musical genres during her career at BMI, which spanned six decades.

Hired in 1958 to open a Southern regional office for BMI in Nashville, Preston was appointed Vice President in 1964 – reportedly, the first woman corporate executive in Tennessee, and the first fulltime performing rights organization representative in the South. She elevated the region’s abundant creative culture and helped build an economic infrastructure to support and connect art and industry. As a result, BMI’s vital base of operations in Nashville helped pave the way for the city’s future as the most important center for professional songwriting in the world. In 1985, she rose to Senior Vice President, Performing Rights, only to be named President and CEO the following year.

During her tenure as New York-based President and CEO, Preston successfully led the efforts to build BMI’s repertoire into the most popular and diverse music catalog in the world. Royalty payments increased steadily to BMI’s writer and publisher members, with revenues ultimately tripling under her leadership. Recognized around the world as a vigilant defender of the rights of music creators, for three years upon retiring she consulted BMI on the company’s international relationships and its public policy agenda.

Kris Kristofferson dubbed Preston the “songwriter’s guardian angel” and Fortune magazine called her “one of the true powerhouses of the pop music business,” accurate descriptions earned through her tireless advocacy for creators’ rights. She became a powerful force in Washington, D.C., where she testified on the behalf of songwriters and played an instrumental role in several key initiatives, including the Copyright Amendments Act of 1992, which extended copyright protection to older compositions. She was also a leading supporter of the decision to extend the copyright term to life of the composer plus 70 years.

The digital age dawned during Preston’s time as BMI President and CEO, ushering in dramatic changes in the music industry. Preston struck a visionary balance between boldly embracing new technology and recognizing the threats posed to creators, diligently fighting to protect the rights of songwriters and music publishers. She oversaw the development and launch of BMI.com in 1994 – one of the music’s industry’s first websites – and led BMI into a new era.

Born in Nashville on August 27, 1928, Frances Williams began her career as a receptionist at WSM, Nashville’s iconic radio station. She rose quickly through the station’s ranks, eventually hosting her own fashion show on air.

Over the years, Preston has received top awards from both the creative and business communities, including broadcasters, reflecting her role as a bridge between music and the diverse businesses that use it. She was inducted into the Country Music Hall of Fame in 1992, and later became a member of the Gospel Music Hall of Fame and the Broadcasting & Cable Hall of Fame. In 1998, she received a National Trustees Award from the Recording Academy (the highest Grammy prize for a non-performer), MIDEM’s Person of the Year accolade in 1999 (the highest international award accorded to a music industry executive), the National Association of Broadcasters’ Education Foundation Guardian Award in 2005, Leadership Music’s Dale Franklin Award in 2007, and the Nashville Songwriter Foundation’s Mentor Award in 2010. Last year, the Library of American Broadcasting Association named her to its elite Giants of Broadcasting honoree ranks, and BMI rechristened the BMI Country Song of the Year the BMI Frances W. Preston Award.

Preston was the first non-performing woman invited to join New York’s prestigious Friar’s Club and in 1993, she became the first woman appointed to their Board of Directors. That same year, she received the Friar’s Applause Award for Lifetime Achievement.

A devout humanitarian and longtime community volunteer, Preston championed many causes, and became especially active in her role as president of the T. J. Martell Foundation for Leukemia, Cancer and AIDS Research, the music industry’s largest charity. She is the namesake of the Frances Williams Preston Research Laboratories at Vanderbilt-Ingram Cancer Center. She has twice received a Humanitarian Award from the International Achievement in Arts Awards in New York, in 1995 and 1997. In 1996, she received the first Distinguished Service Award from New York’s Elaine Kaufman Cultural Center, and the Lester Sill Humanitarian Award presented at the Retinitis Pigmentosa International Awards in Beverly Hills. Preston was also honored in 1996 by the Entertainment and Music Industries Division of the UJA-Federation with a gala “Toast to Frances” luncheon held in New York.

Preston is survived by her three sons, Kirk, David, and Donald, as well as six grandchildren and one great-grandchild.

To honor Frances W. Preston’s memory, memorial contributions may be made to one of the very worthy causes that were so important to her: 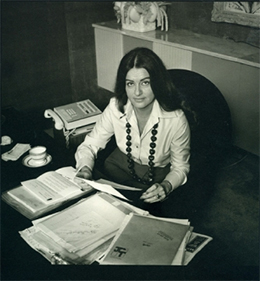 Frances Williams Preston was a force of nature. She was smart, beautiful, tenacious, and generous. She put BMI on the culture map and shaped the careers of many: especially mine. Though we mourn the loss of a great leader and friend, she lives on through a legacy that is literally set in stone. The BMI Nashville building and her wing at Vanderbilt Hospital are two monuments that were erected by her and stand in tribute to her passion and drive for those she loved. 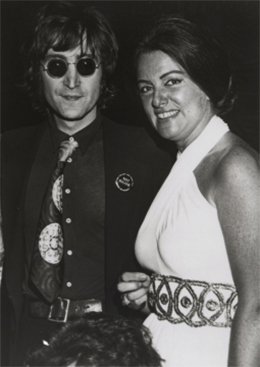 What Frances Preston meant to the creative infrastructure of Music City cannot be overstated. She was the songwriter's friend and a leader in every sense of the word. We're not apt to see her equal. 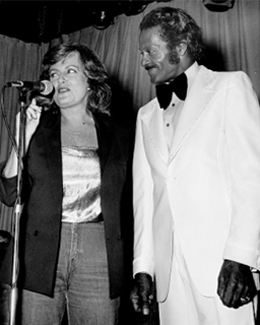 Frances was a beautiful combination of power and grace. She was an unwavering source of support for me when I was a young beginning songwriter, and she is perhaps the greatest advocate any songwriter ever had.

I don't think the entire music industry yet knows how much we will all miss her. 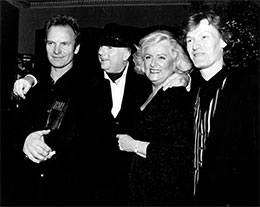 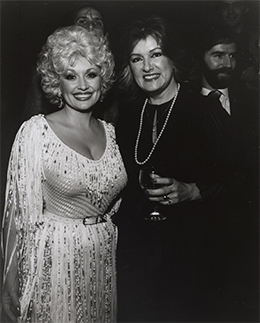 We've lost our beloved Frances Preston. She was the heart of BMI, not only for me but for every BMI writer. She was a great leader and a great friend to us all. Frances, you were very loved and you will be truly missed 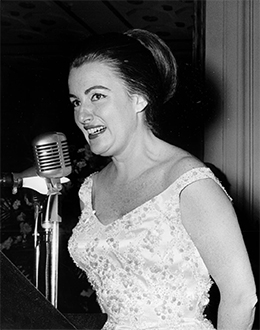 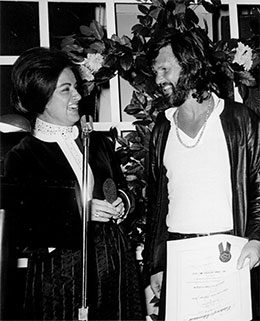