Oct 14, 2009 The 2009 Billboard Top 30 Power Players gather for a photo on stage during the magazine’s annual Women in Music luncheon, held October 2 in New York. BMI’s Alison Smith (second from left) was included in the Top 30. View Photo 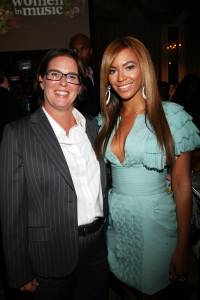 Oct 14, 2009 BMI’s Alison Smith and Billboard’s Woman of the Year Beyoncé, who were both honored during the magazine’s annual Women in Music luncheon, held October 2 in New York. Smith was named one of Billboard’s Top 30 Power Players. View Photo 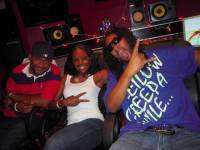 Sep 15, 2009 Lil Jon, the King of Crunk, recently welcomed BMI’s Catherine Brewton and Byron Wright to his studio, where he serenaded the duo with his new album, Crunk Rock, to be released later this year on Universal Republic. BMI has bestowed many hard-earned accolades on Lil Jon, including BMI Pop Songwriter of the Year in 2004 and 2005, as well as… View Photo

See all the photos by year...