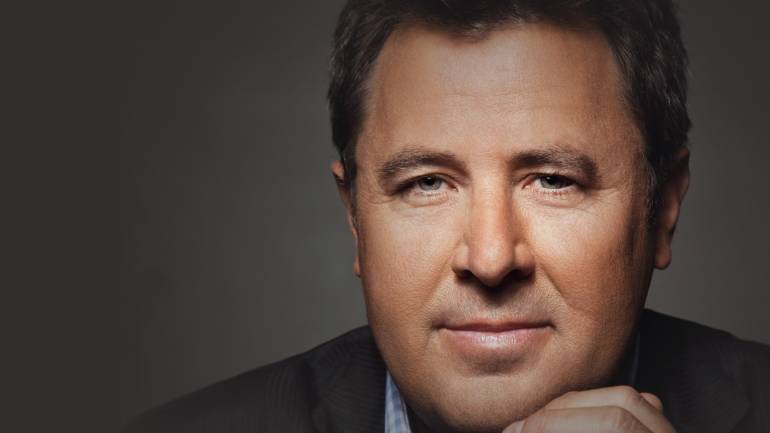 Broadcast Music, Inc. will celebrate the extraordinary songwriting career of Vince Gill by naming him a BMI Icon at the Company’s 62nd annual BMI Country Awards. The invitation-only event, which will be held on Tuesday, November 4, at BMI’s Music Row offices in Nashville, will honor Gill and the songwriters and publishers of the most-performed country songs of the previous year.

The BMI Icon award is given to “songwriters who have had a unique and indelible influence on generations of music makers.” An all-star musical tribute will pay homage to Gill, who joins a list of past honorees that includes Dean Dillon, Dolly Parton, Tom T. Hall, Kris Kristofferson, Willie Nelson, Loretta Lynn, Hank Williams, Jr., Merle Haggard and others.

“The craft of a songwriter isn’t easy; however, Vince makes it look easy. He binds lyrics with music into timeless songs that have influenced musicians across all genres,” said BMI President and Chief Executive Officer Mike O’Neill. “Vince Gill’s discography, in addition to his philanthropic endeavors in Nashville and beyond, represents the epitome of a BMI Icon, and we look forward to celebrating his accomplishments.”

Gill has released 17 solo albums including certified platinum sellers When I Call Your Name, These Days and the quadruple-platinum behemoth, When Love Finds You. His most recent record, CMA nominated Bakersfield, released in 2013, is a collaboration with legendary pedal steel guitar player Paul Franklin. Gill’s Top Ten hits include “Don’t Let Our Love Start Slippin’ Away,” “Never Knew Lonely,” and the No. 1 hits, “I Still Believe In You,” and “When I Call Your Name.” In addition to selling more than 26 million albums, Gill has amassed more than 40 million radio performances of his songs. He has won 20 GRAMMY Awards, the most for a male country artist; 18 Country Music Association Awards, including Entertainer of the Year and Song of the Year four times – making him the most-awarded artist in that category in CMA history; 6 Academy of Country Music Awards, including Top Male Vocalist of the Year; and 32 BMI Awards, including 2 Songwriter of the Year crystals. Gill was also inducted into the Country Music Hall of Fame in 2007. He is a member of the four time GRAMMY-nominated band the Time Jumpers.

Gill is also an active participant in charities in Nashville and throughout the country. His philanthropic activities have included working with the Make-A-Wish Foundation, the T.J. Martell Foundation, the Country Music Hall of Fame and Museum’s “All For The Hall” campaign, and notably, helping to create The Vinny Pro-Celebrity Invitational Golf Tournament, held annually.

BMI will also crown the Country Songwriter, Song and Publisher of the Year at the awards ceremony, as well as salute the writers and publishers of the past year’s 50 most-performed songs from BMI’s country catalog. BMI President and CEO Mike O’Neill will host the event with Jody Williams, BMI Vice President, Writer/Publisher Relations, Nashville, and Clay Bradley, BMI Assistant Vice President, Writer/Publisher Relations, Nashville.