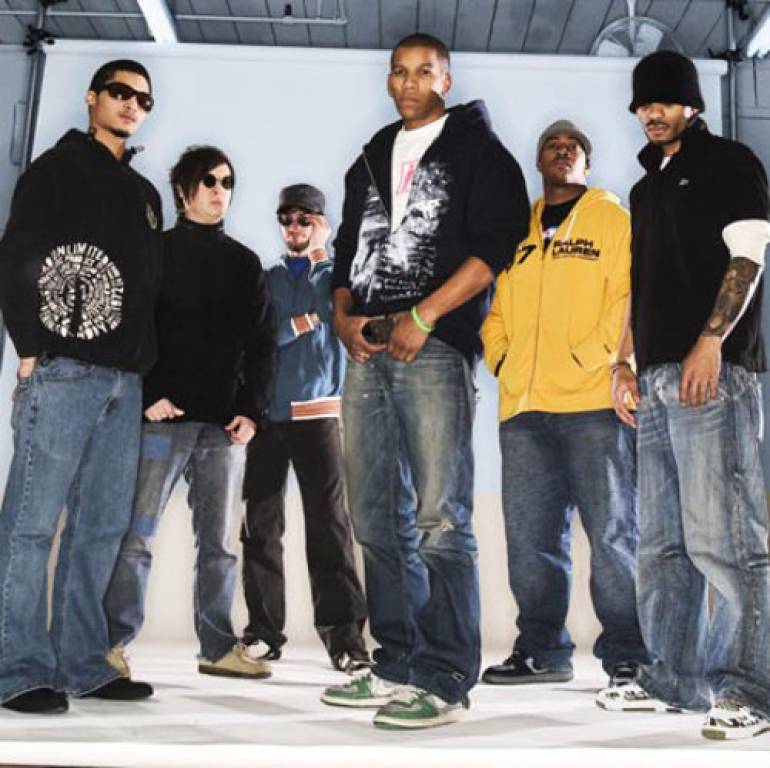 The Thunderkatz are the best thing to happen to music since stereo systems went hi-fi. This group is exactly what the music industry has been looking for… a band with an exciting edge of your seat sound, capturing the “Teen Spirit” Nirvana beautifully brought to life. Add the feel good vibes that the smash Outkast song “Hey Ya” moved the whole world with and you have the Thunderkatz; a fun loving, explosive version of today’s American culture.

The Thunderkatz are a mix between superstar rock band Greenday and N.E.R.D. It could be said the band’s diverse, universal sound is the bastard child of hip-hop’s irreverence, R&B’s smoothness, the improvisation of jazz and the pureness of rock. Just like the cartoon characters, the Thunderkatz have joined together to start kicking ass and taking names with their debut album “Don’t Let The Rollie Fool U”, scheduled for release on Wall Street Entertainment. As soon as people hear their infectious single “Pop Lock” it’s over. The Thunderkatz are destined to be the next big thing!!!

With their strong personalities and individual quirks, the Thunderkatz name iconic sixties group The Monkee’s as their closest musical peers. That goofiness and open minded attitude towards life and music is what gives the group that extra OOMPH!!! The members of the group are: XO, softly killing the keyboard, jUnO murders the Skins with power and grace, Benjive drops the bottom on the Bass with smooth lines, Just Jon the ultimate guitar afficianado, Levelz the hypest hypeman/back up singer/producer, and finally Dell aka 080 putting it down as MC/lead singer. They are all producers and pop culture connoisseurs. 080, the lead singer explains it best. “My MC name, 080, stands for a zip code in the south New Jersey suburbs. We want to show that there is no stereotypical black music.” Thunderkatz represent a new counter culture. The Thunderkatz have worked with everyone from Seven Aurealis (Ashanti and Murder Inc.), Lady Patra, Poster Boy, Sire Castro, Tony Sunshine (Terror Squad) and Star Trak (N.E.R.D). Writers, musicians, producers, engineers, Thunderkatz do it all.

No longer do music fans have to toggle between classic rock stations at lunch, Top 40 at drive time and the hip-hop station at night. You can find it all wrapped up in one with the Thunderkatz. o8o says that besides making music to move the asses of the masses their mission is, “To show that hip-hop is the new rock that really rocks”.