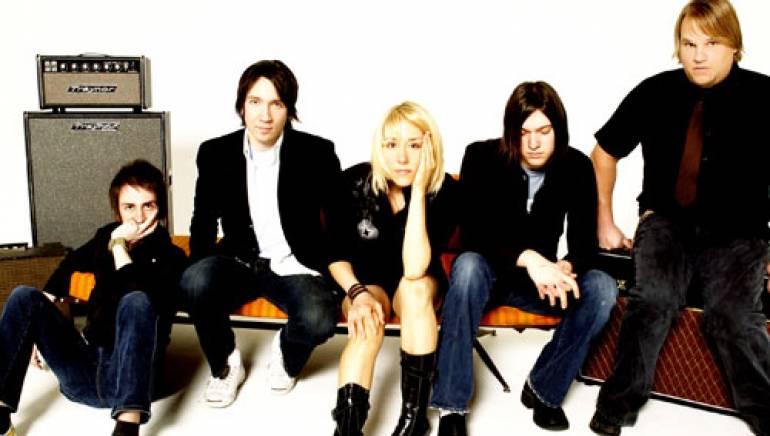 Their songs are pop gems that manage to be both moody and uplifting through a combination of magnetic vocals, chiming guitars, and sprightly rhythms. Artfully and exquisitely tough there’s no time like the present; like old inter-connected office rooms and frequent visits to some idealized future, the band’s artistic growing pains have become evident.

At every post –millennium turn and with the addiction to perpetual newness, we look to those who are never standing still. With more than a desire to become famous among friends, this ever evolving five-some have been honing their craft for the last 5 years. Preferring to remain along the fringes they are surprisingly one of their cites best kept secrets. Their first self released debut EP “Birth Of a Lover” instantly garnered a slew of favorable reviews, and publishing deal with Puretone Records, and with the release of their new record “Let The Nightlife Down, ” their song’s have been featured in Degrassi: The Next Generation, Radio Free Roscoe as well as inclusion on the Maybelline New York/JANE Reader CD 2006! They have earned supporting slots for national acts such as Shiny Toy Guns, Hot Hot Heat, The (International) Noise Conspiracy, Stars, The Dears, Circa Survive, The Sounds, The Von Bondies, Electric Six, and VHS or Beta to name a few. Quietly at work, crafting buoyant pop cadence they are poised to go from private to public.

SOURCEMusicWorld TAGS Rock On The Scene The Nice Device