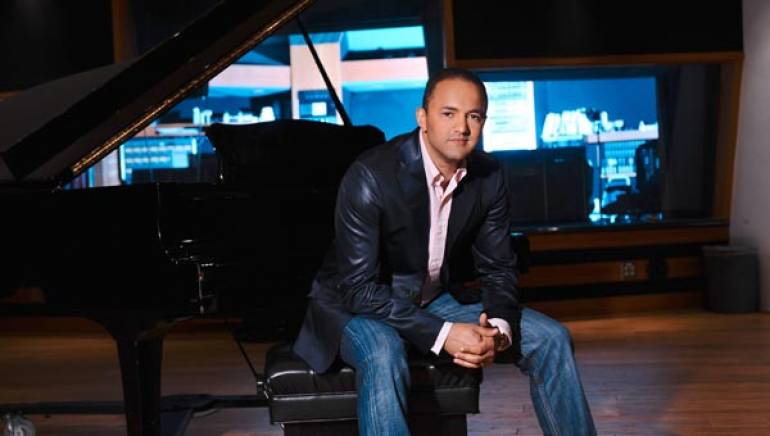 RedOne sighs wistfully when he recalls the events that would eventually transform him into one of the world’s most sought-after writers/producers. It was 2007, and the budding recording guru was approached about the possibility of collaborating with a then-unknown singer/songwriter named “Lady Gaga.”

Initially, RedOne was less than enthused. For over a decade he had paid his dues working with up-and-coming acts, and he was eager to work with established stars. But against his better judgment, the producer agreed to meet with the mysterious Ms. Gaga.

When the two were formally introduced, the creative sparks flew.

“She had all the coolness, with the glasses and the look,” RedOne says. “The first day we worked together, we wrote ‘Boys Boys Boys,’ which was the start of a new style, a new sound. After that she said, ‘Whatever you feel, let’s do it’.”

Today, RedOne is a two-time Grammy-winning producer, and Lady Gaga is arguably the biggest new pop artist in the world. Thanks largely to his formidable songwriting contributions, RedOne is cited as the sonic architect behind Gaga’s phenomenally popular debut album The Fame, as well as its 2009 companion recording The Fame Monster. As co-writer and co-producer of signature Lady Gaga hits including “Poker Face” and “Just Dance,” RedOne has arrived in no uncertain terms.

The stats speak for themselves. “Poker Face” and “Just Dance” topped the Hot 100 in the U.S. and many countries worldwide. Those #1 singles set the stage for Lady Gaga’s six Grammy nominations, as well as her awards for Best Electronic/Dance Album and Best Dance Recording.

If there’s an unfortunate side to this story, it’s that Lady Gaga’s steamrolling success has threatened to obscure RedOne’s other impressive accomplishments. He has composed, co-written or co-produced tunes for Akon, Lionel Richie, Brandy, Enrique Iglesias, Sean Kingston and more. Shakira and Wyclef Jean’s performance of RedOne’s “Bamboo” was named “Official Melody” for the 2006 soccer World Cup. Michael Jackson also hand-picked RedOne to produce his comeback album, a project that was dashed when the King of Pop died tragically in 2009.

Fatefully, RedOne would go on to perform a sort of posthumous collaboration with Jackson. RedOne was selected by Quincy Jones and Lionel Richie to help oversee the recording of “We Are The World 25 for Haiti,” the charity single whose all-star musical cast made headlines worldwide. The new version combines updated lyrics and music with the original choruses sung by Jackson back in 1985.

“I had nightmares about it because of the pressure,” RedOne says of the historic session. “It was big for me that Quincy would announce that he sees me as the next generation producer. It felt like a validation, like I’ve been working hard and doing something good. There are no words to describe it.”

RedOne received a well-rounded musical education in his native Morocco. Though best known as a contemporary dance and urban music producer, he mentions bands like Led Zeppelin, Deep Purple, Kansas and Foreigner when citing his influences. “I’m a rock guy, but I do urban, too,” RedOne says. “I’m mixing stuff that I’ve been hearing all my life and trying to give it a twist that will become the interest of 2010.”

And just how did a musician from Morocco acquire a taste for western rock? “What most people don’t understand is that in Morocco, we love European and American music,” RedOne says. “Yes, we have so many styles and rhythms internally in Africa. But [Western music represents] the hope, the dream.”

As for artistry, RedOne enjoys collaborating with acts whose talent and outsized ambitions hearken back to his classic rock heroes. “The spirit and the uniqueness of the voice is very important,” the producer says. “A true artist is believable — they sell the song. They also must have the look that makes them special. If you have all those things together, then you have a superstar.”

Which is just what RedOne has in Lady Gaga. The producer is currently working with Mary J. Blige, as well as newer artists including Mika, Orianthi and Mohombi. But RedOne is learning that with success comes tremendous responsibility.

“Everyone associates my music with a certain quality,” he says. “You always have to keep up that quality.”