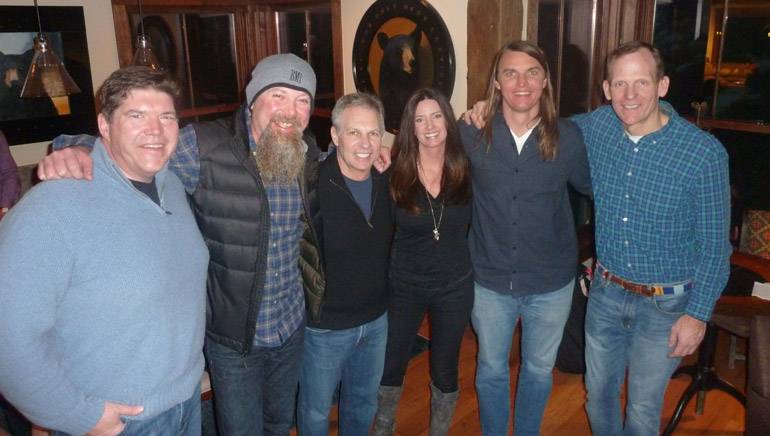 BMI hosted a private reception for a group of radio executives that recently attended the 2015 Mountain High Music Festival in Crested Butte, Colorado (1/14-18). The execs were treated to a special intimate performance by New Orleans blues musician/songwriter/artist Colin Lake and award winning country songwriter Kendell Marvel. Lake has opened for acts such as  Dr. John and Gary Clark, Jr. and has been a featured performer at both the New Orleans Jazz Festival and Austin City Limits. Marvel has written hit songs for Jake Owen, Gary Allan, Trace Adkins and George Strait. He also has a song on Blake Shelton’s new album that is expected to be his next single.

The Festival’s mission is to raise money and awareness for charity by showcasing the faces, voices and stories behind some of today’s biggest musical talents. This year the event raised money for Tough Enough to Wear Pink and the Adaptive Sports Center of Crested Butte.