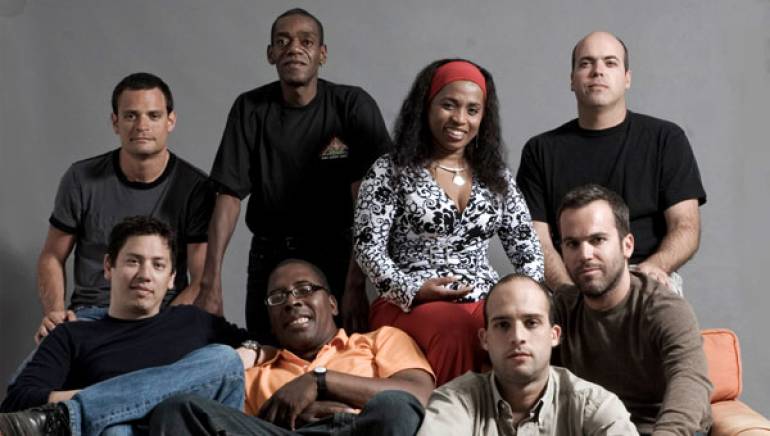 For almost a decade, the electronic folk group Novalima has been one of Afro-Peruvian music’s leading ambassadors. In 2001, the core musician-producer quartet – Grimaldo del Solar, Rafael Morales, Ramon Perez Prieto and Carlos Li Carrillo – were living in London, Barcelona, Hong Kong and Lima, respectively. Through email, they started experimenting with traditional Afro-Peruvian rhythms and chants. What emerged was a reinvigorating spin on a Peruvian cultural touchstone.

But Rafael Morales is quick to point out that Novalima’s freshness depends upon a pervasive and inherited art form.

“Afro-Peruvian music has always been part of the local culture,” says Morales, who plays guitar and keys. When Novalima’s self-titled debut came out in 2002, it was a massive international hit and an anthemic unifier for Peruvian youth.

Morales says the group’s breakthrough happened when they were signed by well-known U.K. DJ and A&R executive Martin Morales, who helped them find a studio and co-producer Toni Economides (Nitin Sawhney, Da Lata). Since his initial collaboration with the band for its first international release, Afro, in 2006, Economides’ “experience [has] helped a lot to develop the Novalima sound,” explains Morales.

With Economides still on board, the group has been hard at work on a new album, slated for release in early 2011. The road won’t stop calling, either: Novalima finished a European spring tour, and on July 9, the band will embark on a summer tour that kicks off in Malaysia, includes the Womad Festival, and takes the group back to Europe.

All of the core members now live in Lima, where Novalima has a studio, within which they record and tour with five other musicians and singers who come from traditional Afro-Peruvian backgrounds.

Geographical proximity isn’t the only change. Novalima’s songwriting process has also evolved: Four members write the music and lyrics, and Juan Medrano Cotito, Novalima’s cajon player, does a lot of improvisation in the studio, creating fragments that end up in the songs. “In the beginning, we used to make versions of classic Afro-Peruvian tunes, to update the sound and try to revive this genre which was losing interest among new generations in Peru,” says Morales. “But we’ve been driven to write our own songs, inspired and highly influenced by the experience we’ve had so far.”