The Drama League, Drama Desk and Tony-honored BMI Lehman Engel Musical Theatre Workshop held its biannual showcase of new songs from Workshop writers June 12 at the Jerry Orbach Theatre. The showcase, which highlighted 11 new musicals and 23 Workshop writers, was made possible by a generous grant from the Cameron Mackintosh Foundation. 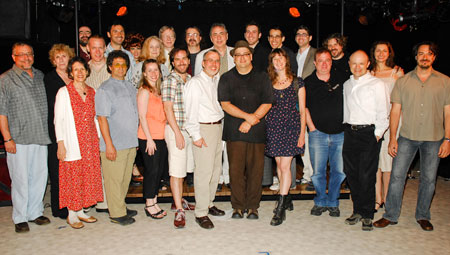 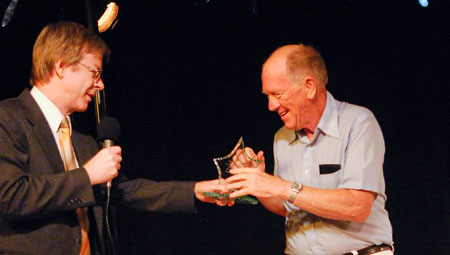 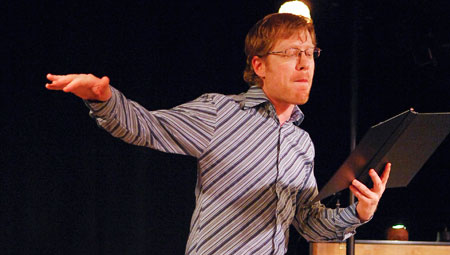 Pat Cook, artistic coordinator of the Workshop, presented an award to Richard Engquist on his retirement as the moderator of the Advanced Workshop. Engquist has been moderating the Second Year and Advanced classes for 25 years.

The finale of the showcase featured Anthony Rapp, star of the original cast of Rent, singing the title song from the BMI Foundation Jerry Bock Award-winning musical See Rock City.