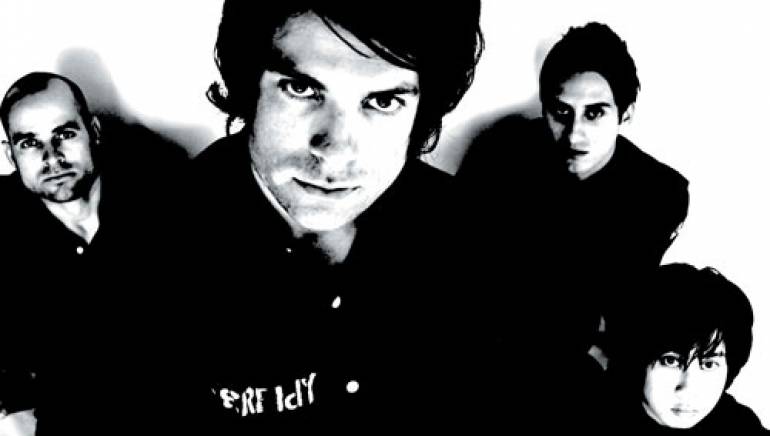 You are what you eat. Monte Negro, a bilingual Los Angeles based rock band, has devoured enough music genres over the years to do justice to the bilingual and bicultural musicians that constitute the group. Digesting healthy portions of Jane’s Addiction, The Cure, The Clash, and the Sex Pistols, Monte Negro has also piled onto its proverbial plate Latin-alternative rockers such as Caifanes, Los Fabuloso Cadillacs, Maldita Vecindad, Mano Negra, Soda Stereo, and Spinetta. As with any good meal, Monte Negro combines sophisticated taste influences with unique combinations of flavor, and stews it all together with time and a pinch of luck.

Ten years of hard work and genuine soul-searching has led to the band’s selection of the finest musical ingredients and cultivation of an organic variety of sounds resulting in a truly original rock band. Mexican-American brothers Kinski and Rodax—the vocalist and bass player—like so many first-generation Americans working toward assimilation, initially overlooked the richness of their roots. Anima, their first band together, was a punk/new-wave band almost completely devoid of their Latino heritage. Although the lyrics were in Spanish, the two weren’t into being referred to as a Spanish version of the Red Hot Chili Peppers, resulting in their voyage away from rock en español and into an English repertoire. As the pair matured and selected other band members, they have come full circle, attaining the subtlety of a good wine and the hardiness that only embracing one’s culture can bring.

Monte Negro has matured past the natural tendency to bring too many different elements to the table when writing and recording music. From an overproduced sound full of bleeps and fodder from a DAT machine, to heavy drums, and too many guitar sounds, the band has developed a much more refined style. In accordance with the more you eat, the less flavor, Monte Negro has realized just how powerful simplicity can be, which is highlighted on their new album, Cicatrix, which will be released in August 2007 through Feed The Hungry Music/Adrenaline Music Group.

The road to enlightenment, however, is long. Kinski, whose older brother nicknamed him after the neurotic German actor Klaus Kinski, began hanging out at the Hong Kong Lo in L.A., catching rock en español acts as the movement gained momentum in the mid-’90s. Rodax, who studied and played jazz in Mexico, carved out a broader musical landscape before moving to the states. Kinksi and Rodax then recruited Jason Li Shing, a Chinese-Japanese American guitarist, at his high school talent show. Jason’s selective taste for aggressive rock can be juxtaposed with his passion for such expressive female vocalists as Bjork and PJ Harvey, and he eventually underwent his own musical rite of passage that led him to learn the koto, a Japanese traditional zither, and experiment with the harp. After trying a heavier sound with another drummer, Monte Negro hired drummer Xavier Lopez and arrived at its current line-up in 2003 with the band name, Madrepore. As the band’s sound evolved with Cicatrix, the band decided to reflect this with a new band name, Monte Negro.

The music of Monte Negro, defies a simple description. Most say melodic rock, which is true, yet there are distinct undertones and layers making it eclectic and bohemian, American yet definitely worldly. Their music has landed them in magazines such as Spin, La Banda Elástica, and Billboard, and they have worked with famed producers such as Gavin MacKillop (Goo Goo Dolls, Sugarcult) and Tone (Green Day, Carlos Santana). Playing alongside bands like Todos Tus Muertos, Incubus, At The Drive In, and Molotov, Monte Negro most recently performed with the Mexican alternative band Zoe and L.A.’s multiethnic band, Ozomatli.

Today, Monte Negro is finally producing the sound they describe as an “amalgamation of styles filtering through our creative sides.” Pop sensibilities mix with darker experimentation to give the listener an acoustic journey through the Monte Negro landscape. Monte Negro’s goal is simple: play for a lot of people and get a reaction.

As lead singer Kinski states, “We hope that people either love us or hate us. As long as we can get a visceral reaction and not be met with indifference, I think we’ve achieved what we set out to do.”

With a savory attitude and an accomplished new sound, Monte Negro emerges as a nourished entity.