Posted in MusicWorld on February 4, 2010 by Drew Kennedy 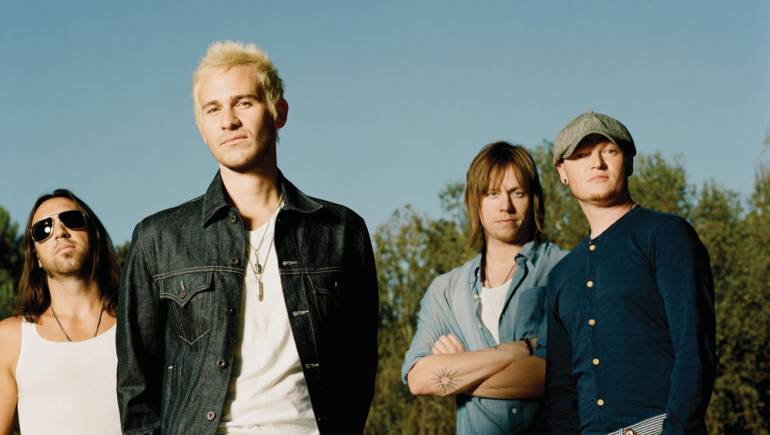 Conversationally, Jason Wade is a thoughtful, eloquent guy. At 29, he delivers his words with the kind of self-awareness that one might expect from someone nearing a third decade of life, having survived the perils of personal development in his teens and twenties, emerging on the other side as smart and well-rounded. He’s affable, grounded, and exceptionally honest. In a world where we’ve grown accustomed to chalking up the questionable behavior of stars to the excesses that usually come hand-in-hand with the successes, Jason Wade, front man of the rock outfit Lifehouse, is a welcomed exception to the rule.

In the group’s 10-years-plus history, Lifehouse has racked up more than 15 million album and single sales worldwide, six charting Billboard Hot 100 singles, three RIAA certified gold albums, and one RIAA certified double platinum album. Now, with the recent release of their fifth major release, Smoke and Mirrors, Wade is eyeing the future with the kind of clarity that only age can provide.

“When I first started writing, I used it as therapy. I had a hard time with communication when I was growing up, and music helped me deal with that. In the early days, I could lean on things like relationship problems for material, but I found myself in a bit of a drought, creatively, after about three turmoil-free years of life. That’s when I started realizing that writing doesn’t always have to be about you.”

Rather than searching for the now diminished presence of conflict in his life to use as artistic fodder, Wade began reaching out to writers like Richard Marx, Daughtry, Kevin Rudolf, and album producer Jude Cole to spur his creativity. This newfound approach to writing, as well as the realization that music could still be personal and powerful without having to be autobiographical, ultimately resulted in a group of songs that would become the core of Smoke and Mirrors.

And just as his approach to songwriting has changed with the arrival of a certain amount of peace in his life, so too has the music that is influencing it. As a teenager struggling to define himself, he found safe haven in the grunge rock scene of his formative years. Now, Wade revels in the unbridled freedom of styles less constricted by labels and generic compartmentalization.

“At sixteen or seventeen I was into Nirvana, Pearl Jam, Soundgarden—the typical stuff for a kid growing up in Seattle. As I got a little older I discovered Radiohead and Coldplay. Then I started listening to a lot of Billie Holiday… a lot of Sinatra and Edith Piaf. I also find comfort in the ability to turn my brain off to music without lyrics, so lately I’ve been listening to stuff that was written for movies—noticing how the right music in a scene can be so incredibly moving and how I can apply that to my writing.”

As the coming of age of Jason Wade continues, so too does the coming of age of his music. No one would have blamed him for relying on what has worked—what has thus far helped to define a wonderfully successful career. Smoke and Mirrors could have been a Lifehouse record that sounded just like the previous one, and the band’s ravenously loyal following would have probably been satisfied. Then again, it’s possible that they’ve been growing and maturing just as he has. Perhaps Wade is on to something: Allow yourself to grow and age as your fan base does, and you’ll mean just as much to them now as you did when you first started.

“We played a show not too long ago, and I could see three women—a daughter, a mother, and a grandmother, all standing together, singing every word. Three generations of fans. That’s pretty incredible.”

Drew Kennedy is a singer, songwriter and freelance writer. Read more of his work at wordstokickaround.wordpress.com.