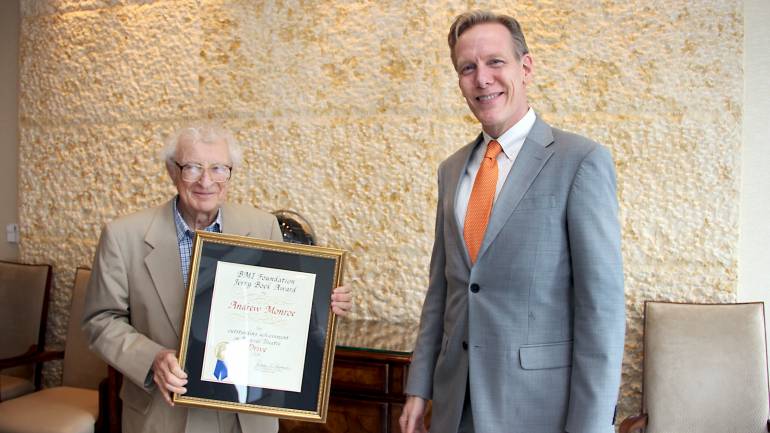 The 2014 Jerry Bock Award, which is given for the most promising new musical to be written in the BMI Lehman Engel Musical Theatre Workshop, was presented at a luncheon at Broadcast Music Inc.’s New York office on June 17, 2014. With the sad death of Jerry Bock, the awards were taken over by his longtime collaborator, Sheldon Harnick. This year’s winner, picked by the BMI Workshop Committee, was Andrew Monroe for his musical Drive. The award is funded by the Jerry Bock estate and sponsored by the BMI Foundation.