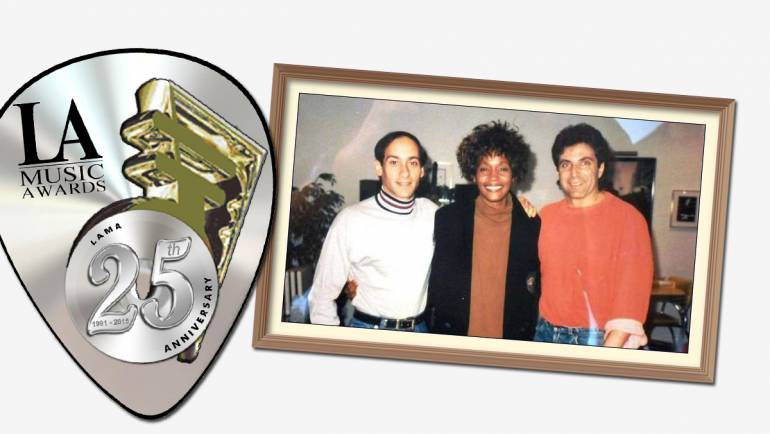 When Cathy Spanberger, President of Peer Music, introduced Allan Rich to one of her new writers, Jud Friedman, in 1989, the first song they ever wrote together became a #1 hit, James Ingram’s “I Don’t Have the Heart.” Incredible starts like this are, more times than not, just beginners luck in the music industry. But not this time. The songwriting duo then went on to write a break-up song, which was rewritten to be a love song and a massive hit: “Run to You,” recorded by Whitney Houston from the movie The Bodyguard, whose soundtrack sold an incredible 45 million+ CDs and earned them a nomination for an Oscar and a GRAMMY. Still no stopping the pair when Kenny Loggins recorded “For the First Time” for the film One Fine Day with Michelle Pfeiffer and George Clooney, garnering them yet another Oscar and GRAMMY nod as well as a Golden Globe nomination. Barbra Streisand, Ray Charles, Tina Turner, Rod Stewart, Leann Rimes, Chaka Khan, and countless other superstars have recorded their songs, earning the two writers even more accolades. And that’s just in the U.S.

The two have co-written among many other smashes, “E’ L’Amore Che Conta/Hostage,” a No. 1 hit with Italian diva Giorgia, as well as “Sexaholic” with Right Said Fred. They have cuts with artists ranging from Rachael Leahcar, the star of the Australian The Voice, as well as X Factor winner Melani Amaro, Canadian Tenors, composer/performer Yanni, and other artists in Russia and India. They also returned to the screen with “After the Rain,” the end title to Playing for Keeps, staring Gerard Butler, Jessica Biel, Dennis Quaid, Uma Thurman and Catherine Zeta-Jones, as well as other TV and film projects.

Summing it all up, Allan Rich is quoted as saying, “Networking is crucial. I’m a true believer that the person sitting next to you could be the most important collaborator in your life, or the person who creates your sound.” BMI congratulates Allan and Jud on being honored by the LA Music Awards and for 25 years of making monster hits!