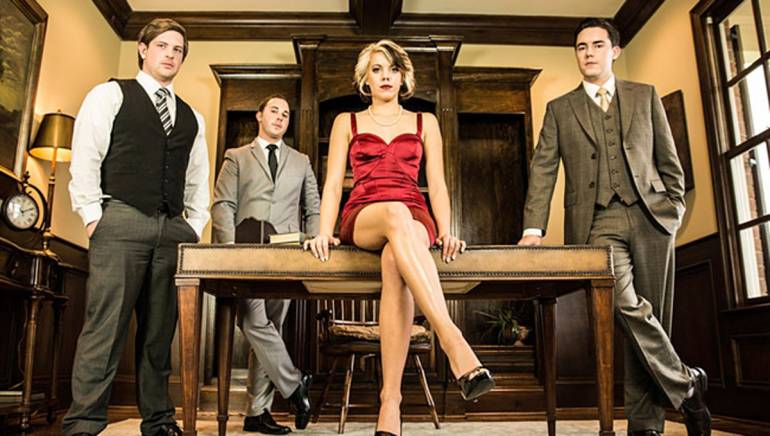 Nashville, Tennessee-based alternative buzz band Darling Parade consists of lead vocalist Kristin Kearns, guitarist Nate McCoy, bassist Dustin McCoy and drummer Casey Conrad. Riding on the success of their third EP, Until We Say It’s Over, in 2012, the band re-grouped in a remote cabin in Western Kentucky with their longtime producer Jon King to come up with what is now Battle Scars & Broken Hearts. A successful Kickstarter campaign raised funds to finish the new album. Released in April 2013, Battle Scars & Broken Hearts shows the band melding all of their influences to create a sound that’s infectious, refreshing and all their own. In-your-face guitars and relentless drumming dominate the album, while Kearns’ voice can only be described as a beautifully controlled chaos. Darling Parade’s music has been featured extensively on ABC Family’s The Lying Game, The CW’s Flygirls, Syfy’s Stargate Universe and Showtime’s Shameless.