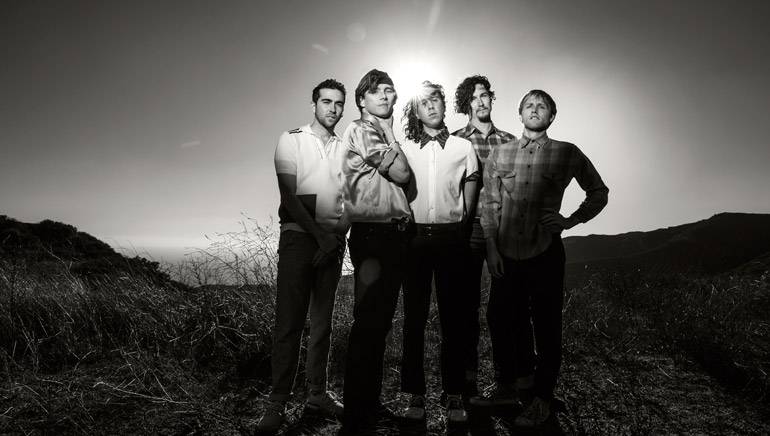 “It’s like Led Zeppelin and the Beatles had a baby, and it was raised by wolves.” That’s how Charlie Sheen described Irontom to Rolling Stone (Sheen had a cameo as a masked man in their 2014 video debut, “The Minista”). The band, made up of vocalist Harry Hayes, guitarist Zach Irons, bassist Dane Sandborg, keyboardist Daniel Saslow and drummer Dylan Williams, is known for mixing 70s-style rock, electronics and alt-pop into a potent formula that is utterly their own. The Red Hot Chili Peppers think so highly of Irontom that they invited them to open for several arena shows on their North American tour this May. After two EPs, the band will be releasing Partners, their debut full-length album, this month. It was produced by Awolnation’s Aaron Bruno, who told Sidestage that his goal for the album was to capture the raw energy of the band’s live performances. “The first time I saw the band play was in one of their parents’ living room,” said the producer, “and right there I knew they had a deep and infectious musical fire in their bellies that together we could unleash on the world.”