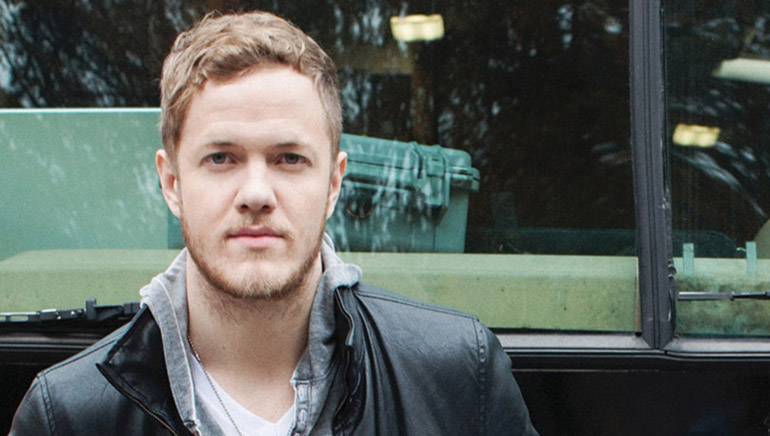 BMI songwriter Dan Reynolds will be presented with the Songwriters Hall of Fame Hal David Starlight Award at the 45th Annual Induction and Awards Dinner slated for Thursday, June 12, 2014, at the Marriott Marquis Hotel in New York City. Reynolds is the lead vocalist of the GRAMMY-winning rock band, Imagine Dragons, and is the co-writer of all of the songs recorded by the group, including the hits “It’s Time,” “Radioactive,” “Demons,” “On Top of the World” and “Bleeding Out.” Their album, Night Visions, released in the fall of 2012, hit the Billboard Top 200 at #2 with the best first-week sales for a full-length debut by a new rock band in more than six years. The album’s “Radioactive” is the best-selling rock song in digital history, garnering sales of more than 6.5 million copies in the United States. It was also the most streamed song of 2013 on Spotify in the U.S., reached #1 on the Billboard Alternative songs chart, Billboard Rock songs chart, and #3 on Billboard’s Hot 100. In addition, the mega-hit set the all-time record for the longest reign at the top of the Billboard Rock Songs chart, with an astounding 23 consecutive weeks and the all-time record for longest run on the Billboard Hot 100, with 82 weeks and counting. In 2013, Rolling Stone named “Radioactive “the biggest rock hit of the year.”

The Hal David Starlight Award, which was created in 2004, was named in honor of SHOF Chairman Emeritus Hal David, for his longtime support of young songwriters. Award recipients are gifted young songwriters who are making a significant impact in the music industry with their original songs. Reynolds joins other BMI winners of the prestigious award, including John Legend, Taylor Swift, Ne-Yo and Benny Blanco.

“Dan Reynolds is a dream ticket for the Songwriters Hall of Fame Starlight Award,” said Jimmy Webb, Songwriters Hall of Fame Chairman. “He has helped create truly contemporary rock n’ roll with the band Imagine Dragons. A sound at once musically literate and issue-driven yet founded on solid composition and songwriting. We are extremely happy to join Dan with the other distinguished alumni who have received the Starlight.”