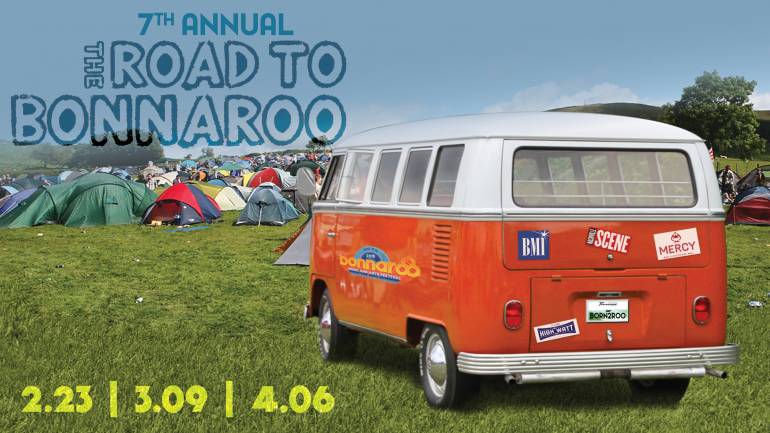 Nashville’s favorite celebration of its delectably motley music scene is back. BMI’s Road to Bonnaroo 2015 will take over the Mercy Lounge and High Watt on three upcoming Mondays in Nashville: February 23, March 9, and April 6. RTB 2015 marks the seventh consecutive year of BMI’s competition, in which 30 local standouts will vie for three performance slots at Bonnaroo 2015, slated for June 11-14 in Manchester, Tennessee.

Half camaraderie-building party, half fierce battle of the bands, RTB was Nashville’s first collective effort to send homegrown talent to Roo when it debuted seven years ago. Each of the three installments of RTB 2015 will feature 10 artists delivering hard-hitting three-song sets. Doors open each night at 7 p.m., the music starts at 8 p.m., and there’s never a cover charge.

RTB 2015 will follow the rules established in previous years: ten bands will perform three-song sets during each installment of the series. To select the evening’s top contender, an industry panel comprised of local music journalists, bloggers, 8 off 8th hosts, and past RTB winners will contribute one half of the verdict, while fan votes through onsite ballots determine the other half.

The 7th annual RTB is sponsored by BMI, the Mercy Lounge and High Watt, the Nashville Scene, and the Bonnaroo Music and Arts Festival. Follow this year’s competition on Twitter: #Rd2Bonnaroo.

BMI’s involvement underscores the organization’s vital role as an early career counselor and support system for aspiring songwriters and bands. As an initial point of contact for burgeoning artists, BMI serves as a fundamental bridge, connecting promising talent with industry decision-makers, as well as with invaluable opportunities, including performance slots on stages at SXSW, the Austin City Limits Music Festival, Lollapalooza, the Hangout Music Festival, the Bonnaroo Music and Arts Festival and more.