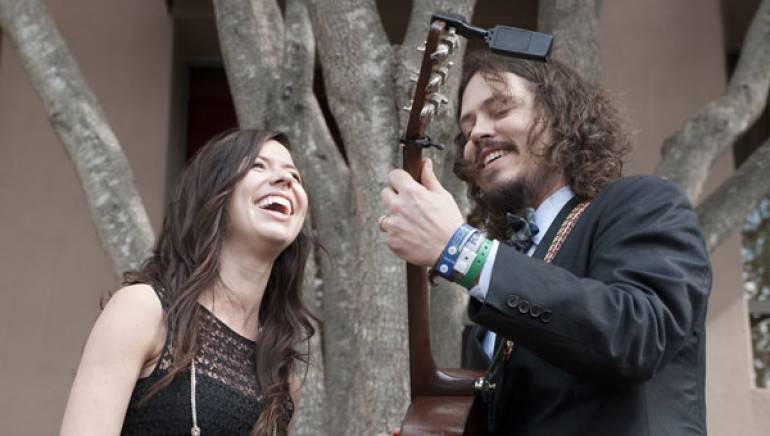 The Civil Wars perform at the Acoustic Brunch, presented by BMI, Billboard and Southwest Airlines on the lawn at the Four Seasons Hotel during SXSW 2011. Photo: Erika Goldring

The Americana Music Association announced nominees for the organization’s 2011 Honors & Awards ceremony on Monday, May 23 at the Gibson/Baldwin Showroom in New York City. Esteemed BMI singer/songwriter and past award-winner Rosanne Cash revealed the elite list, while the reception was buoyed by strong live performances by roots music leaders, including acclaimed BMI duo the Civil Wars. The Civil Wars also earned nominations that underscore the profundity of their breakout year: New/Emerging Artist and Duo/Group of the Year.

Additional BMI taps included Justin Townes Earle, who garnered two nods, including Album of the Year for Harlem River Blues and Song of the Year for the album’s title track. Lucinda Williams’ Blessed also received a nomination in the Album of the Year field. The Instrumentalist of the Year category is stacked with BMI pickers as well: Sarah Jarosz, Will Kimbrough and Kenny Vaughan will all vie for that crown. Strong up-and-comers The Secret Sisters and Jessica Lea Mayfield join the Civil Wars in the deep New/Emerging Artist of the Year field, while the Decemberists’  “Down by the Water,” written by frontman Colin Meloy and featuring Gillian Welch, is up for Song of the Year.

The cornerstone of the Americana Music Conference and Festival, the 9th Annual Americana Music Association Honors & Awards ceremony is scheduled for Thursday, October 13 at the historic Ryman Auditorium in Nashville. Americana music has always been about cherishing history even as it pushes boldly forward, and the Americana Music Association’s decade of song and camaraderie embodies that balance. Slated for Wednesday, October 12 through Saturday, October 15, 2011, the 10th Annual Americana Festival and Conference offers daily seminars, panels and networking opportunities at the Sheraton Nashville Downtown Hotel. The event brings more than 100 stacked musical showcases to key venues throughout Nashville.

SONG OF THE YEAR
“Down by the Water,” The Decemberists
“Harlem River Blues,” Justin Townes Earle

INSTRUMENTALIST OF THE YEAR
Kenny Vaughan
Sarah Jarosz
Will Kimbrough

DUO/GROUP OF THE YEAR
The Civil Wars