Posted in MusicWorld on April 5, 2010 by Russell Hall 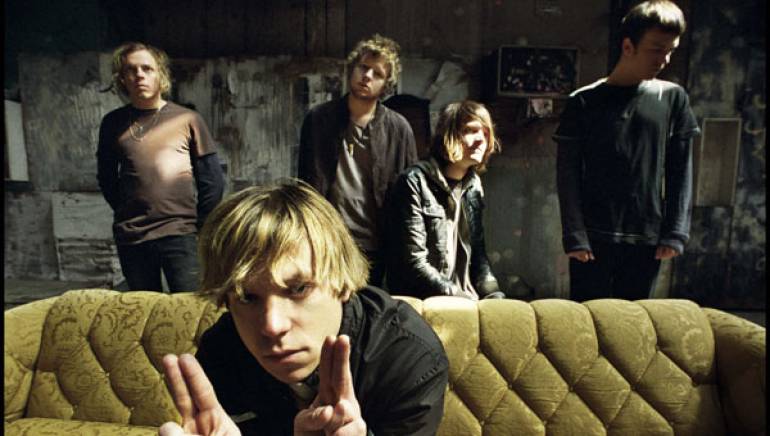 Sometimes a bit of wiliness is required to find your way into rock & roll. Such is the case with Cage the Elephant. Growing up in a strict Christian household, where secular music was forbidden, Matt Shultz and his older brother Brad, who, together, founded the band, had no choice but to smuggle rock albums into the house.

“We would turn on our black light and listen to albums after our parents had gone to bed,” says Matt, lead vocalist for the group. “Actually Brad [who plays guitar] sneaked around even more than I did. He spent a lot of time at friends’ houses, listening to rock music.”

From those inauspicious beginnings, played out in the Shultz’s hometown of Bowling Green, Kentucky, Cage the Elephant has gone on to become one of America’s most promising young bands. Fleshed out with Daniel Tichenor on bass, Jared Champion on drums, and Lincoln Parish on second guitar, the group spent two years in the U.K. honing a funky pop-rock style packed with super-charged riffs and Matt’s charismatic, rap-tinged vocals.

The band’s self-titled debut album, an adrenalin-stoked slab of punkish, guitar-driven tunes, brings to mind an updated version of Aerosmith or the J. Geils Band, back when both those groups were brash upstarts.

“We were listening to lots of vintage rock & roll as we were making the album,” says Matt. “We were trying to make music that was, in our view, what rock & roll is supposed to be.”

Cage the Elephant has since recorded its soon-to-be-released follow-up, tantalizingly described by Matt as “more experimental and varied” than the first disc. It’s a safe bet, however, that the group’s famously frenzied live show will retain its raucous spirit.

“Our producer, Jay Joyce, once told me that you know you’ve done a great show when you walk off-stage and you can’t remember what happened,” Matt says. “That’s what it feels like, every night.”