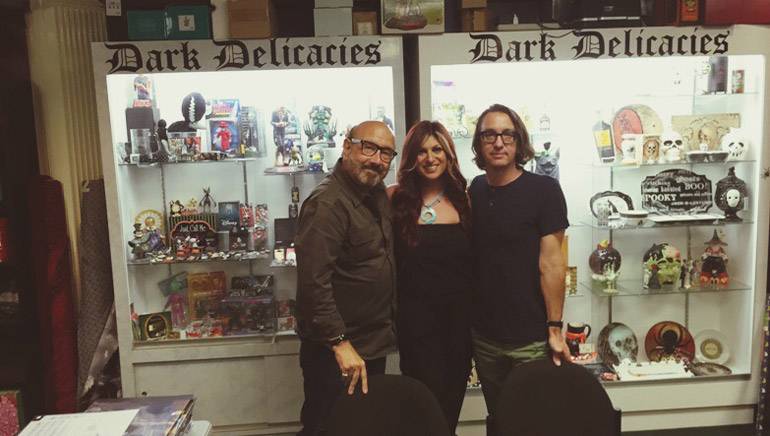 In keeping with the genre’s rituals, BMI composers Brian Reitzell and Harry Manfredini spent time with fans of horror at the store known for horror, Burbank’s Dark Delicacies. The store, which has been in business since 1994 and was named by the New York Times as LA’s Best Horror/Fantasy Bookstore, is devoted entirely to horror books, DVDs and gifts. Composers, authors, actors and other contributors to the world of shocking frequently come in to sign just about anything hard-core followers of the industry bring in. The owners of the store are American horror author, editor and actor, Del Howison, and his wife, Sue. Fans of Reitzell and Manfredini received signed Special Limited Edition music from the NBC show Hannibal and Special Limited Edition vinyl of Friday the 13th Part 2.