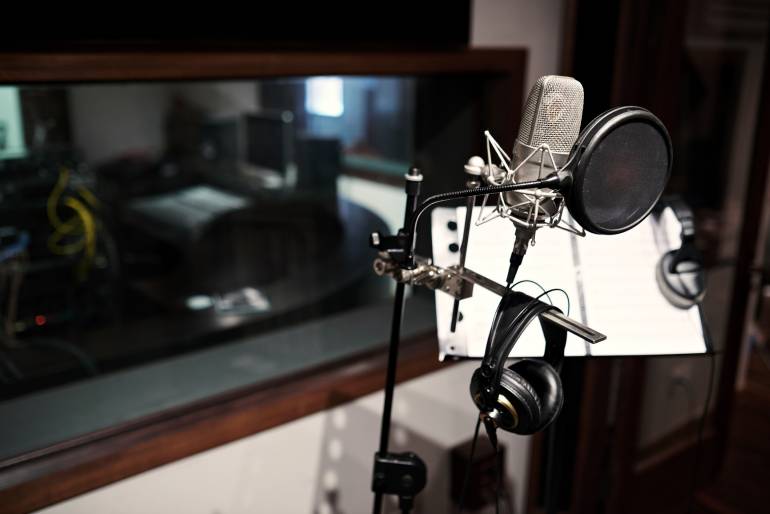 One of the best ways to avoid studio inertia is to inject a few untried ideas into the recording process every once in a while. To that end, the following is a short list of sonic strategies designed to keep you from falling into an irreversible recording rut.

Change your axe. Just because you wrote the song on guitar doesn’t mean it has to stay a guitar song. When starting your demo, experiment by recording the progression on an alternate instrument—a piano, synth, organ, perhaps even another guitar in dropped tuning or using a capo. You may find that the different overtones and chord inversions suggest melodic ideas you may have otherwise missed. Even something as simple as using a bass as the focal point (as opposed to guitar or keyboard) can work wonders, since it puts the emphasis on the melody rather than the chord progression.

Mic switch. Higher-gain condenser microphones are generally best at producing a warm, up-front vocal sound. However, sometimes a dynamic mic with more mid-range tonality (such as a Shure SM57, SM58 or the classic EV RE20 broadcast mic) can provide a nice sonic contrast, particularly when set against a backdrop of lower-frequency instruments like acoustic guitar or piano. Using something like an SM57 also gives you the option to hold the mic as if you were performing live. Because dynamic microphones are typically lower gain (relative to condensers), remember to keep the mic steady and close to prevent loss of signal when recording. If you’d rather stick with a condenser, you could experiment by trying different pickup patterns—switching from the standard cardioid position to omni or figure-of-eight will provide a “roomier,” less intimate vocal sound that may be a better match for your track.

Playing with effects. Rather than “print” reverb or echo while tracking, most of us prefer to save sound processing for the mix stage to have greater control. However, it never hurts to try at least one pass using the effect live (i.e., pre-production). Hearing a quick delay in your headphones during a vocal take, for instance, might alter the way you perform the part (particularly if the “repeat” echo rhythmically matches the backing). There is also the added benefit of knowing that what you hear during the take is what you’re getting as your final sound.

Use your EQ. Not only can individual channel EQs be used as an effect, it also lets you sculpt the sound so that the parts properly “sit” in the mix. For instance, boosting the mid-range while simultaneously rolling off bass and treble can result in a strident piano sound (especially when combined with a bit of compression), and may also be used for lead and/or background vocals as well.

Encourage room sound. While these days we can do almost any task “in the box,” some of our favorite works from yesteryear were conceived in studios with lots of space and only a few microphones in use, resulting in what often sounds like barely controlled chaos—loud electric guitars and drums casually leaking into live vocal mics hung just a few feet away. With a little mic manipulation, you can still capture some of that old spirit in your home space. When recording an electric guitar or other amplified instrument, for example, place a dynamic mic a few inches from the speaker cone as you normally would, but then situate a second microphone (preferably a condenser) 5-10 feet away from the source in order to capture some of the natural room sound. When mixing, place the two tracks at opposing ends of the stereo spectrum.

Mess with the Mix. It can be tough to get excited about a new project if your basic track sounds just like your last project (and the one before that). For one thing, there’s no rule that says every part you record must be used in its entirety during the mix—instead, try starting with a nearly bare-bones backing (perhaps just bass, rhythm and lead vocal), gradually adding the instrumentation to build out the song as you head toward the chorus, then pull everything back for the following verse and repeat the process