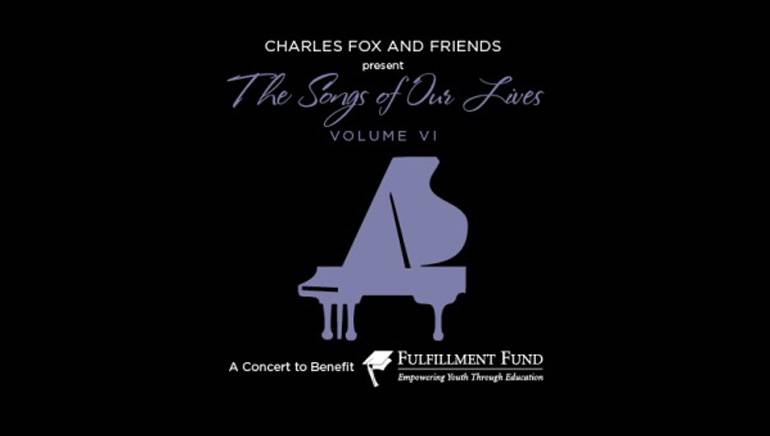 Distinguished BMI songwriter Charles Fox is collaborating with several of his notable songwriting friends for a very worthy cause. The 2013 Songs of Our Lives, Volume VI will be held on Monday, June 17, at 7:30 p.m., at the Eli and Edythe Broad Stage at the Santa Monica Performing Arts Center, and will benefit the LA-based Fulfillment Fund. Fox’s vision was to combine entertainment and philanthropy in a meaningful way to support the Fulfillment Fund’s work in the community, which helps economically disadvantaged and educationally underserved high school students graduate and head to college. For the past five years, the Songs of Our Lives concert has moved audiences both by the importance of the cause and the unmatched performances at this exclusive engagement.

Special guest stars at the 2013 Songs of Our Lives will include Debby Boone, Jack Jones, Stephen Bishop, and Marilyn McCoo & Billy Davis, Jr. in a special tribute to award winning lyricists, Alan and Marilyn Bergman. Charles Fox (“Killing Me Softly”), Alan Bergman (“Papa, Can You Hear Me?”), Steve Karmen (“I Love New York”) and Allan Rich (“I Don’t Have the Heart to Hurt You”) will perform their own songs. The show will be directed by film and television director Joel Zwick and will be hosted by stand-up comedian and actor Sinbad, with many celebrity guests in attendance.

Tickets can be purchased through Levy Pazanti & Associates, 310-201-5033, or http://www.fulfillment.org/concert.