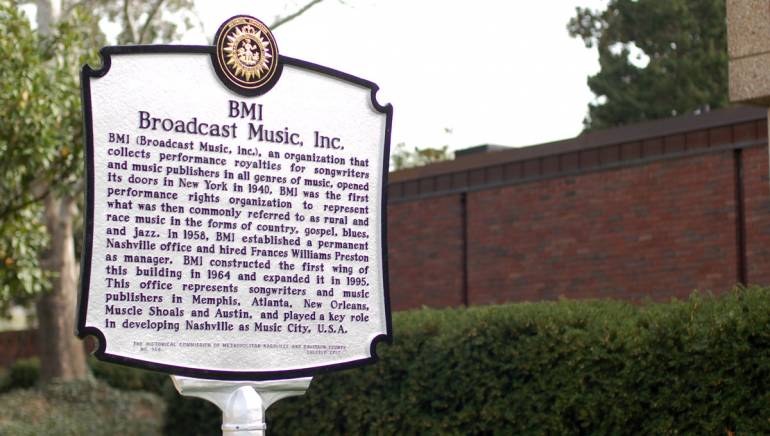 The west lawn bordering BMI’s offices on Music Row in Nashville now features an historical marker commemorating the original building and groundbreaking mission of the company. Granted by the Metropolitan Historical Commission of Nashville and Davidson County, the marker is one of just over 140 such designated sites in the area.

BMI’s Nashville office continues to operate out of the building under the same free-to-join, open-door policy that initially so distinguished the company from other organizations.

“BMI (Broadcast Music, Inc.), an organization that collects performance royalties for songwriters and music publishers in all genres of music, opened its doors in New York in 1940. BMI was the first performance rights organization to represent what was then commonly referred to as rural and race music in the forms of country, gospel, blues and jazz. In 1958, BMI established a permanent Nashville office and hired Frances Williams Preston as manager. BMI constructed the first wing of this building in 1964 and expanded it in 1995. This office represents songwriters and music publishers in Memphis, Atlanta, New Orleans, Muscle Shoals and Austin, and played a key role in developing Nashville as Music City, U.S.A.” 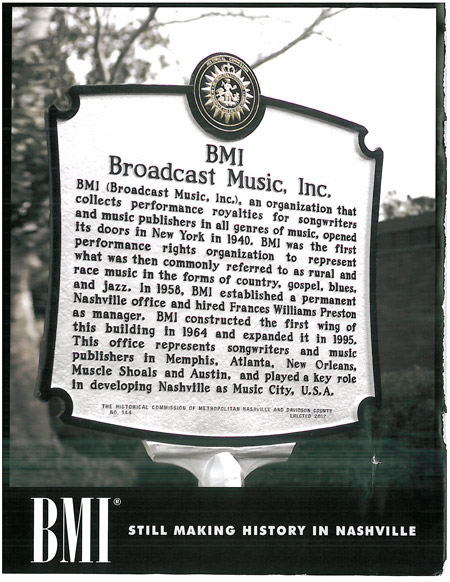