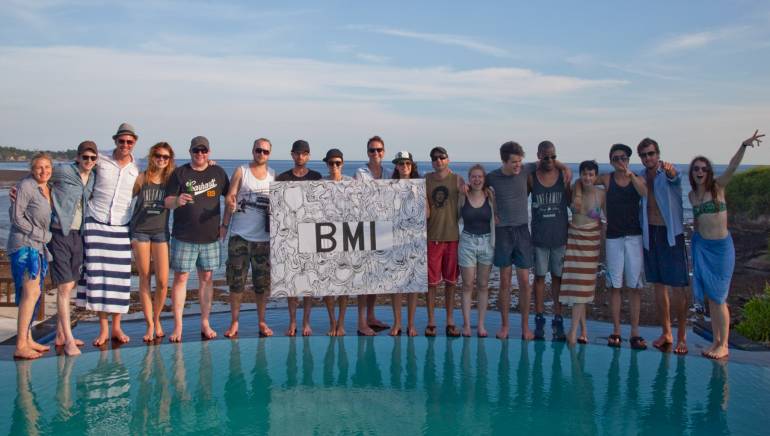 Broadcast Music, Inc. takes pride in its role as an early support system for aspiring songwriters, providing unique opportunities for collaborations and new industry connections. Since 2011, BMI’s London office has played an instrumental role in the Bali Songwriting Summit, a ten day creative gathering of some the globe’s most promising songwriters, artists and producers. Writers such as Chris DeStefano and Bonnie McKee, who have penned smash hits for artists like Carrie Underwood and Katy Perry, have attended in previous years, and we’re excited to see what comes out of this year’s edition, which will take place from July 18 – 27, 2014.

Peter Coquillard, Managing Director of Publishing for Bill Silva Entertainment, curates the Bali Songwriting Summit. He said of BMI and BMI’s Executive Director, Writer/Publisher Relations, Europe and Asia, Brandon Bakshi: “An amazing trip with incredible songs. Everyone had a great day thanks to you and all at BMI.” Bakshi’s reply? “It has been a pleasure working with Peter on the Bali Songwriting Summit these past years and long may this writers’ camp continue.”

Check out the video for more information on the Bali Songwriting Summit.